Uday and his younger brother Ravi both met Meher Baba on board the ship M.V. Conte Verde travelling to Italy on 28th September and again in early October 1933.

Uday was a renown dancer and had a dance troupe consisting of all his brothers and mother and some others in which they toured Europe and the USA.

On September 25th, 1933, Baba sailed for Europe on the M. V. Conte Verde, accompanied this time by Adi Jr., Chanji and Kaka Baria.

After two days at sea, on the evening of September 27th while Baba was discussing matters with the mandali, there

was a knock at the cabin door. Chanji opened it, and stepped out to find a very dignified looking old man standing in the hallway. Introducing himself, the old man said, "I am Sir Akbar Hyderi and I wish to see Meher Baba tomorrow morning if he will allow me to visit for a few minutes. May I know what time will be convenient for him?"

Chanji accordingly informed the old man who seemed very pleased, saying that he had heard much about Meher Baba and had longed for an opportunity to meet him. Akbar Hydari was Prime Minister of Hyderabad, an important official similar to a governor. He came the next day to meet Baba, who was happy to see him. After the usual introductions and pleasantries, the conversation turned to spirituality. Baba explained about the three types of faith. Hydari said, "Turn me toward the second stage where I can feel and experience God!" 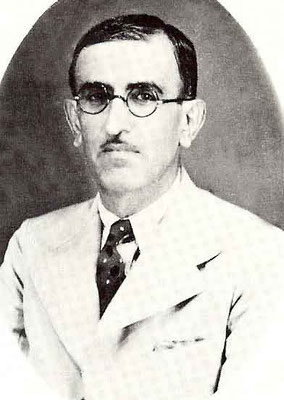 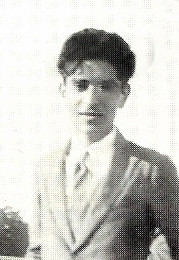 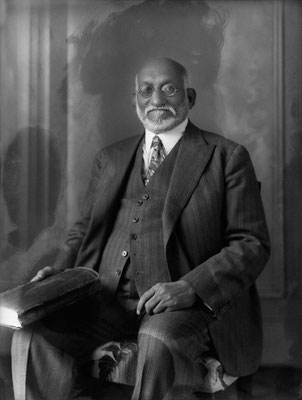 For information on the ship M.V. Conte Verde click on the web link below.

On the 28th September, the celebrated Indian dancer Uday Shankar, 33, came to see Baba.  He had found out about Baba through the Swiss sculptor and art historian Alice Boner, who was defraying the expenses of the visit of Shankar's dance troupe to the West. It was during Alice Boner's trip to India with Shankar in 1930 that she heard of Meher Baba. While in Europe, Norina, Elizabeth and Quentin had met Uday Shankar and had spoken to him of their Master.

Uday Shankar bowed reverently to Baba, who praised him and expressed appreciation for his talent. He told Baba, "I want to introduce and spread Indian classical dance to the West, but some organizations in India criticize me. They want money from me for their institutions, organizations and societies, but I have no money to give them."

Baba spelled out on his board, "Every good work has to face opposition, and the reaction of the opposition offered always helps the work. You need not worry; continue conscientiously with your work, with double the zeal in the right direction."

Shankar then said, "Baba, I would like to give a dance performance for you one day."

Baba replied, "I would be delighted to see it."

Shankar was extremely happy to have Baba's darshan, but Baba cautioned him before they parted, "Do not inform anyone on the ship about me, as I do not wish to meet anybody. See me before disembarking in Brindisi." 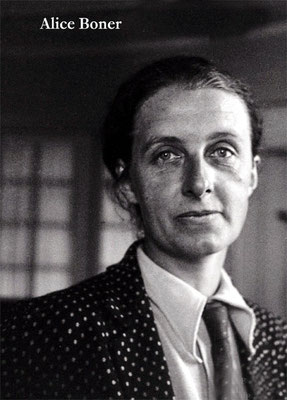 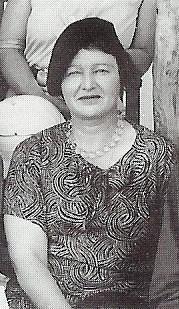 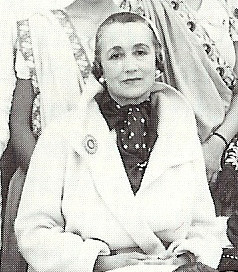 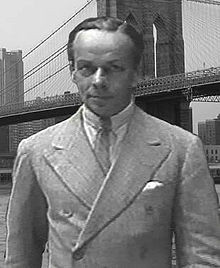 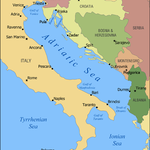 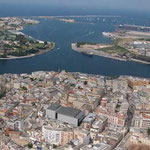 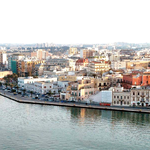 The Maharani of Indore was satisfied with Baba's discourse and left. Shortly thereafter, Uday Shankar arrived to talk about his dance programs. Baba remarked to him, "One day, perhaps in Chicago, I shall give you darshan."

The boat stopped in Brindisi, Italy, at 9:30 A.M. on the 5th and left port two hours later. That afternoon, Mr. Munshi came at 4:30 for ten minutes. Thereafter, Akbar and Lady Hyderi saw Baba at five o'clock; he comforted them again and urged them not to worry about their son.

Baba and the mandali arrived in Venice at nine o'clock on the morning of Friday, 6th October 1933. Enid Corfe, Kitty and Minta came to welcome them, along with an Englishman named Bill Precey who had previously met Baba in London. Baba proceeded from the pier to the Hotel International, where the group stayed. After lunch, they went for a walk to St. Mark's Square. 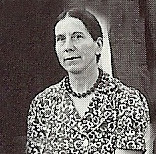 On 27 August 1937, the painter Helen Dahm arrived from Switzerland with the Swiss sculptress and Indian art scholar, Alice Boner, 48. Boner had come in contact with the dancer Uday Shankar in 1927 and three years later traveled with him to India for the first time to organize his dance troupe. She had been instrumental in having Uday Shankar contact Baba in 1933.

On the 27th, Baba remarked to Delia and others, "I want to be out among crowds for some time as I did in Madrid. Be on the lookout for such places and find out the time when crowds gather."

Delia said in a joking manner, "You mingled with the crowds in Madrid and the result was a revolution!"

Regarding Spain, Baba remarked, "I destroy to rebuild. I moved freely there for hours among the crowds and worked to bring about a new regeneration and reconstruction of men and things. This required the destruction and devastation of all existing things there which you are now witnessing." 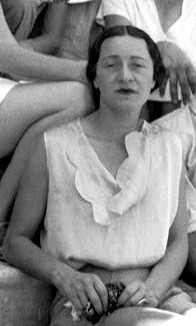 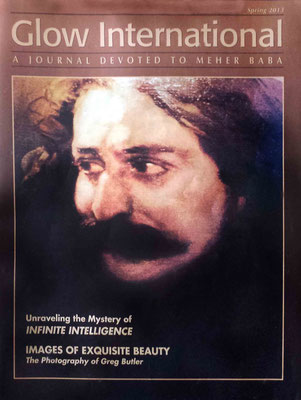 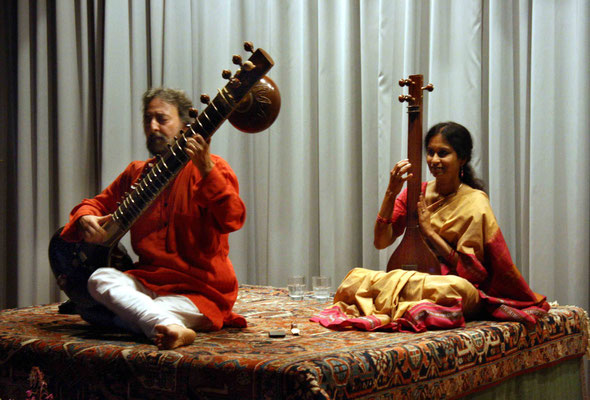 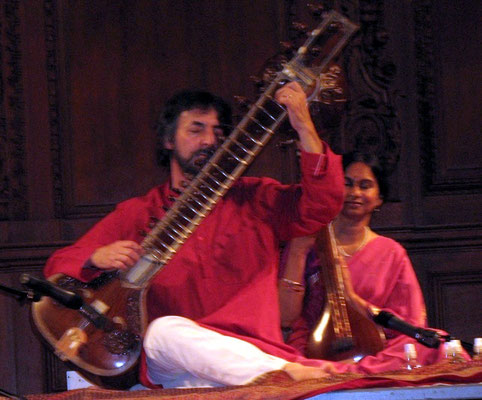 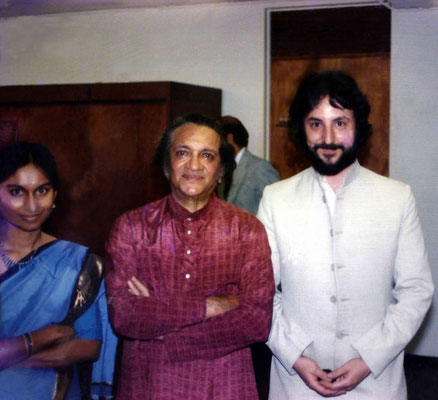 The Glow International magazine has a wonderful article by Michael Siegell who knew and worked with Ravi Shankar as a sitar player in some of his concerts. 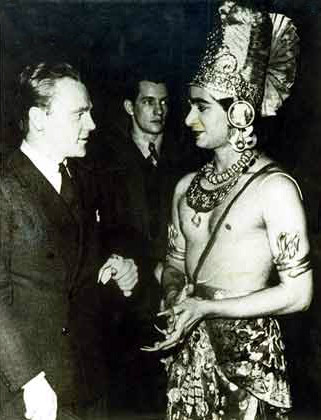 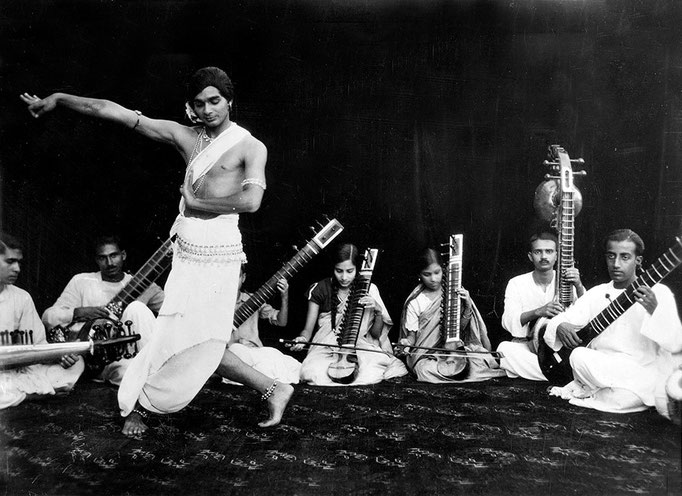 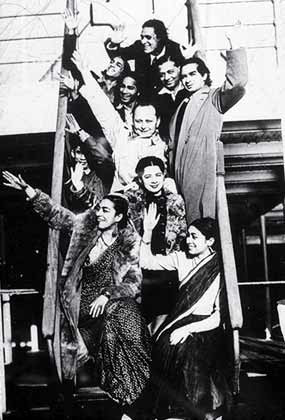 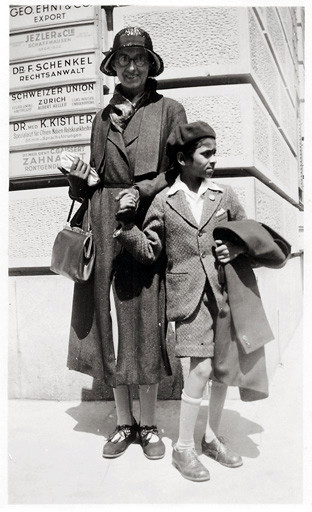