Meanwhile Kitty Davy and the others in the Kimco group had arranged for Baba's seven-day stay at the Knightsbridge Hotel. No sooner had Baba arrived than his lovers enthusiastically flocked to be near him. This was the first opportunity Elizabeth and Norina had to meet the London group.

Norina had many acquaintances in London and she brought them to meet her Beloved. Among them were Countess Catherine ("Kitty") Pahlen of Russia, Baroness Rothschild, Lady Stella Vitelleschi, and Vivienne Giesen.

Baba went to dinner that evening at Countess Pahlen's home (at 23 Jubilee Place, King's Road) in Chelsea and was accompanied by Herbert, Kitty, Vivienne, Quentin, Elizabeth, Norina, Stephanie, Chanji, Kaka and Adi Jr. The countess had invited about fifteen of her friends, who were mostly exiled Russian royalty
Lord Meher Online Edition Page 1560

While Baba was in London, the Countess Kitty Phalen hosted a reception for him at her home on the evening of June 29th. About fifteen sincere people came to meet Baba, and he answered their many questions and gave explanations:

One man asked, "How can I be a true Christian?"

From the alphabet board, Baba replied, "By following the teachings of Christ, and by living the life that he lived and wanted you to live. People speak of Christianity but are not prepared to follow Christ's words – to present the other cheek when slapped – saying it is impractical and grabbing one another's throat at the slightest provocation. They create hatred where Jesus wanted them to create an atmosphere of love and brotherhood everywhere. What wonder is it that the whole world is in a muddle about everything!"

Mrs. H. Ford then asked, "But if you are the Christ, why don't people know about it?"

Baba answered, "It is because people cannot know that I have to take this human form. Jesus was not known in his time, even by his own intimate companions. Judas, who was near him all the time and even kissed him, could not understand him."

Someone asked why Jesus never married.

Baba gave a detailed explanation:  (which had been dictated the year before):

The Avatar’s exterior way of life is regulated by the habits and customs of the times, and he adopts that attitude which is most suited to serve as an example to his contemporaries. But in essence, all Avatars embody the same ideal of life.

At the time of Zarathustra, humanity was hesitant and lacked equilibrium. The Persians then were neither complete materialists nor really attracted toward the spiritual light. He taught them to be good householders, to marry and abstain from desiring the wife of another, and to worship God. His own life was based on this principle: good thoughts, good words and good deeds. Zarathustra was married.

At the time of Krishna, the Hindus were at war fighting among themselves. Envy and greed were predominant, and a real concept of spiritual life and love was unknown to them. Krishna based his spiritual teachings on the laws of love and pure, innocent merriment. Human beings were joyfully directed toward a disinterested ideal of love.

At the time of Buddha, the people of India were deep into materialism. In order to demonstrate that their conception of value was wrong and that they were victims of the goddess of illusion, or Maya, Buddha renounced his wife, his family and the riches of the world in order to establish his teachings on renunciation.

At the time of Muhammad, the Arab tribesmen were very sensuous, and it was not considered bad or illegal to live with several wives. If Muhammad had not married like Jesus and had advocated celibacy, or if he had imposed absolute continence, it would have produced inevitably dangerous reactions. Few people would have followed his teachings and fewer still would have been attracted to such an ideal. Muhammad had six wives, but he had no physical contact with them.

At the time of Jesus, arrogance, imperiousness, pride and cruelty were the characteristics of people. Nevertheless, they possessed a conception of justice in regard to women and marriage; therefore, it was not necessary, as it was in Arabia, to make marriage an example. Jesus lived the life of humility, simplicity, and poverty, and he endured suffering in order to direct human beings toward the purest ideal – God as Beloved.

It may be compared to a hospital, where the sick complain of thirst at different times. The doctor will prescribe tea or coffee in the morning to those who complain in the morning, water or fruit juice in the afternoon, buttermilk in the evening and hot milk before sleep. The doctor is the same and the complaint is the same, but the thirst is quenched in different ways according to the different conditions at different times.

God, manifesting as the Avatar in different periods of time, quenches the thirst of man in different ways. All human beings, either consciously or unconsciously, have the same thirst for Truth.

Baba continued, explaining about his own working:

There are three principal ways in which I work: individually, collectively with crowds for the masses, and universally. When I work individually, it is with persons who are with me, or persons who are away from me, or persons who are connected with me. In some cases, I work through their material downfall; in some, through their material welfare. In some cases, I deliberately bring about material demise, but I always have their spiritual upliftment at heart in the background. In some cases, I use them as "mediums" to efface their own mayavic qualities, for their own salvation, and that's where I am misunderstood. But I don't mind it. I know why I do it. That is sufficient; because when to the extreme, love and hatred both have the same results.

For example, A loves me extremely, meaning he thinks of nothing but me all the while, and is lost in me. So also B is extremely against me, that is, hates me, but always thinks of me and is lost in me, though with antagonistic feelings. I always use the medium of thought. It depends upon the qualities that readily respond to the push.

When I work collectively, which is generally at plays, movies and sporting events – wherever people collect and concentrate on a particular object – it is easy for me to have my spiritual effect collectively on their minds.

When I work universally, it is through agents. My mind, being universal, is linked with every individual mind, even with advanced minds who are my agents; and so I am present and working through my agents in every part of the world. That is why at times while speaking to one person, my mind is working elsewhere. People have seen and marked me stopping suddenly in the midst of conversation, as if absent and away from the spot, engrossed in something else.

At night, I make some of my disciples sit beside me and press the soles of my feet to have their physical touch. Kaka [while on nightwatch] sometimes abruptly sits up in bed at night, having seen some signs or a flash of light which make him nervous; this is at the time of my special work with bodiless spirits. (There are scores of such spirits, but in whatever stage of advancement, they have to take human form again, because the ultimate goal of every soul is to be one with the Infinite.) This is, in short, how I work.

Only those in the fourth, fifth, sixth and seventh planes, and who are conscious of me, know under and for whom they are physically working. They cannot see me physically, but their subtle and mental bodies see my subtle body, which is similar to the gross.

Giving an example, Baba said, "While I am sitting here, my agents are working in India, Persia, Africa and so on. This very moment, they see my subtle body, all at the same time, in different planes, because the messages they send are sent through the mental plane where there is only the will to do a thing. Instantaneously, it reaches the desired spot."

Then people started asking questions again: "How do they become agents?"

"What do you mean by your circle?"

Baba answered, "The circle is of my deeply connected disciples who are unconsciously one with me now and will consciously be one with me in the future when I have completed the work which I can do during the period of their apparent ignorance. It is like having a veil between us; they are one with me but, being behind the veil, do not see. Where love, lover and the Beloved are one, there the work of duality ends. So for the sake of the work, this duality and ignorance exist.

"The agents do the work for people on the gross plane, and through the circle, I work for the spiritual plane, without their (members of the circle) being aware of it. Jesus worked through his apostles on the spiritual plane without their knowing it; but later on, they knew it. They knew that all the time it was Jesus' working and they were his instruments — mediums — and all the time one with Jesus."

Another person inquired, "Are science and religion separate?"

Baba replied, "It depends upon how it is understood and utilized. If science deals only with material advancement, it would be said to have nothing to do with spirituality. But when it is expressed to make the meaning of life clear, then it is also a branch of spirituality. Just as art is spiritual if expressed rightly; if it is expressed wrongly, it is material."

One person asked, "Will the West ever produce an Avatar?"

Baba revealed, "The Avatar has always been and will always be born in Asia. This is because of the peculiar situation there in the evolution of the universe and in the existence of the gross plane which necessitates the manifestation of the Avatar only on that particular continent."

"Will the Avatar ever be a woman?" the person queried.

"Never!" Baba emphasized. "Never has there been a female Avatar, nor will there ever be one. The Avatar has always been a male and will always be in a male form."

The maps are courtesy of Google maps & street view 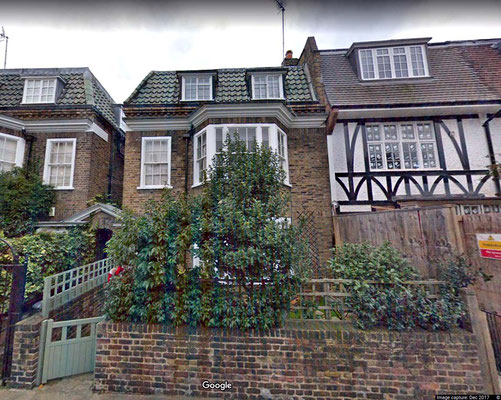 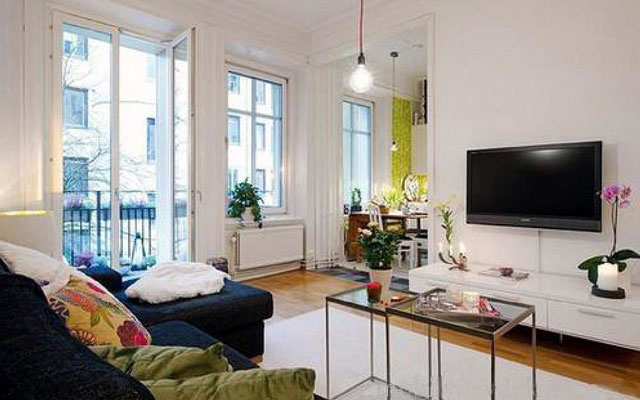 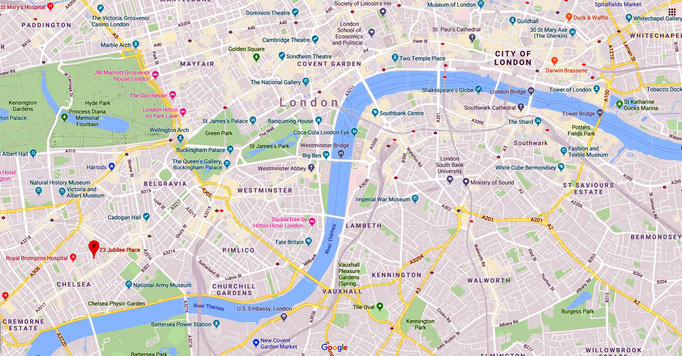 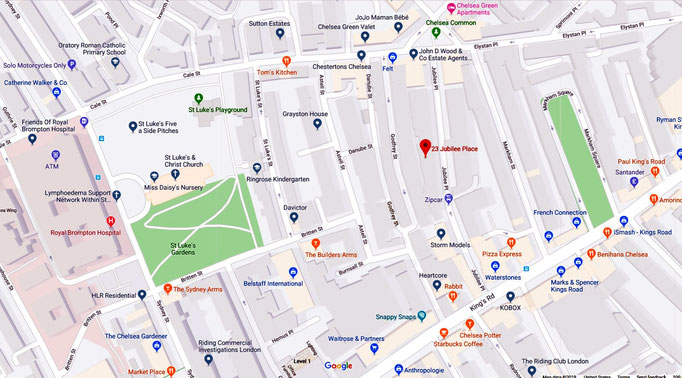 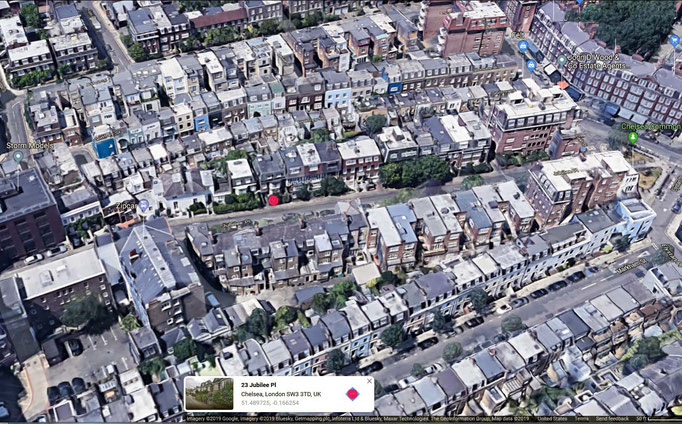