"Then, I have one request to make. I hear that a large number of Untouchables are coming to see you in Nasik. Will you please tell them that all this storm that they have raised about entering a temple there is futile? Dr. Ambedkar has made himself their leader. He is an educated man, but due to the defect of the age-old, caste prejudices and systems, the Hindu society does not encourage or sympathize with him and tried to keep him out. And out of vindication for this wrong, he has started this campaign for the cause of the Untouchables and tries to excite their feelings against the Brahmins."

Ramjoo said to Gandhi, "You remember when Baba saw you last January, just before your arrest, that he promised you that he would meet the leaders of the Untouchables and use his influence to make them accept joint electorates. Accordingly, he saw some of the local leaders before he left and wired Dr. Ambedkar, who could not come. Baba then left for Europe and America.

"On his return, Baba came to know of your arrest and sent for Ambedkar, meeting with him for half an hour. Baba impressed upon him the fact that, although he himself never took part in any politics, he wanted to convince the depressed classes that it was for their own benefit to accept joint electorates with reservation of seats and other rights; otherwise, they would organize themselves on their own accord into an Untouchable group for all time, and that sooner or later, he wanted to see the Brahmins and so-called Untouchables on equal footing, not only in politics but in the matter of religion and spirituality.

"Ambedkar replied that he would keep Baba's advice in mind, but that first he had to consult with his committee members and would let Baba know the results later. Baba says that this settlement of the electorate problem, for which you have started fasting, will soon be settled, but he does wish you to fast for forty days. In reference to your desire to spend a night with Baba and requesting the 'key' ..."

Chanji explained, "Ramjoo is referring to your meeting with Baba in London when you asked him to give you the key."


April 14th is the birthday of Dr. B.R. Ambedkar, the Father of Indian Constitution. His full name is Bhimarao Ramji Ambedkar and also known as Babasaheb. Indians observe his birthday to commemorate his contribution to the Indian Society.

Dr. Ambedkar was born on April 14th 1889 in Madhya Pradesh in family of Dalits or untouchables. Dalits were downtrodden in that times. He was one of the first “untouchables” to get a college education in India. He continued his studies abroad where he got his doctorates in law, political science and economics from Columbia University and London School of Economics. He practiced law and contributed for the rights of India’s untouchables.

Dr. Ambedkar was more than Indian Jurist. He was philosopher, thinker, historian, prolific writer, editor and Buddhist activist. He joined the freedom struggle of India and entered politics in 1936. He founded ‘Independent Labour Party’ of India. He published several books for the upliftment of Dalits, some of them are: The Annihilation of Caste; The Untouchables: A Thesis on the Origins of Untouchability; Who are Shudras etc.

After India got its independence, the new congress-led government invited Ambedkar to be the nation’s first Law Minister. On August 29, 1945 Ambedkar was appointed as Chairman of the Constitution Drafting Committee and was charged to write free India’s new constitution. He died on 26th December 1956. Dr. Ambedkar was honoured with Bharat Ratna in 1990. It is the highest Indian civil award.

April 14th is celebrated as birthday of Sri Ambedkar all over India. It is declared a public holiday on this day. Dalit organizations of India celebrate the day to pay tribute to this great leader. Huge processions and rallies are taken on and several cultural programs are organized. Statues are decorated and political leaders offer obligations to him. Dalit melas are organized and prayers and meetings are held. 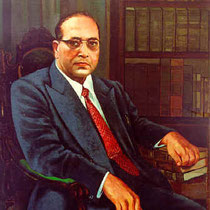 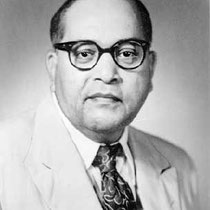 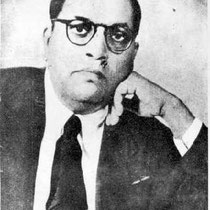 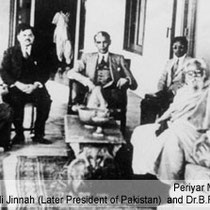