Another visitor that day was the Italian lady Norina Matchabelli. Norina was the wife of Prince Georges Matchabelli, a national hero of Georgia who had fought for his country after the Russian Revolution. In 1924, they settled in America where he founded the company Matchabelli Perfumes. As a young woman, Norina was chosen by the stage director Max Reinhardt to play the role of the Madonna in his play The Miracle, written by Norina's first husband, the German author Karl Vollmoeller. The play was a phenomenal success performed over a thousand times. From this role, Norina developed a deep spiritual longing and became a seeker.


Other interested persons came to see Baba at the Astor Hotel and he met all individually. But interviews were private and Baba did not allow public attention to his activities during this visit.

Norina's husband Georges Matchabelli met Baba at this time, but could not accept him as the God-Man – the Christ. Baba remarked to Georges, "Just before you die, you will experience who Baba is."

Norina and Georges Matchabelli were divorced in 1933, and the prince passed away two years later. As the Master had predicted, Georges had a beautiful experience just before he died of Meher Baba as the Christ. He died in peace.

This article is about the person. For the perfume line he founded, see Prince Matchabelli.

Prince Georges V. Matchabelli or Giorgi Machabeli (Georgian: გიორგი მაჩაბელი) (July 23, 1885 - March 31, 1935) was a Georgian prince and diplomat, who fled Soviet Georgia and immigrated to the United States after the 1921 Bolshevik takeover of Georgia.

Matchabelli was a member of the noble family of Machabeli from Georgia, then part of Imperial Russia. He was one of the founding members of the Georgian Liberation Committee organized in Berlin in 1914. The Committee intended to garner the German support for Georgia's struggle for independence from the Russian Empire.

In 1916 Matchabelli married Norina Gilli (born in Florence, Italy) who had become famous for her portrayal of "The Madonna" in Max Reinhardt's unique 1911 pantomime spectacle play "The Miracle." He briefly served as the ambassador of the Democratic Republic of Georgia to Italy. With the establishment of Soviet rule in Georgia in 1921, Matchabelli fled his homeland and immigrated with his wife Norina to the United States. The prince was an amateur chemist and in 1924 he and his wife, now known as Princess Norina Matchabelli, established the Prince Matchabelli Perfume Company. Norina designed the crown shaped perfume vial in the likeness of the Matchabelli crown and in 1926 the scent "Ave Maria" was named for her. The company became known for color-coded, crown-shaped bottles that housed such classics as Wind Song, Ave Maria, and Princess Norina. The Matchabellis divorced in 1933. [1]

From 1932 until his death, Matchabelli also served as President of the Georgian Association in the United States.[2] Georges died in 1935, and in 1936 Norina sold the company to perfume manufacturer Saul Ganz for $250,000. 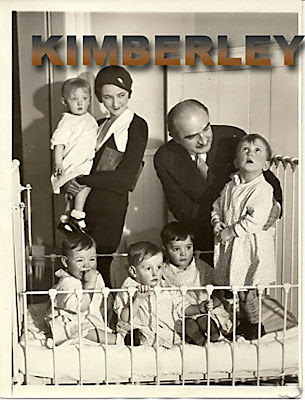 Prince Matchabelli and Princess Vasili in an orphanage


From Wikipedia, the free encyclopedia

This article is about the perfume line. For the person who founded it, see Prince Georges V. Matchabelli. 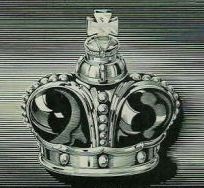 Prince Matchabelli is a perfume line. It was first designed by Prince Georges V. Matchabelli who was an amateur chemist. Georges Matchabelli was a Georgian prince and Georgian ambassador to Italy, but fled the Soviet Union and immigrated to the United States after the Russian Revolution. In New York City he and his wife, Princess Norina Matchabelli (an actress whose stage name was Maria Carmi), opened a small antiques shop Le Rouge et le Noir at 545 Madison Avenue. The name came from Stendhal's novel of that name, which they interpreted as the red for the aristocracy for him and black for the religious (The Miracle, a famous religious play in which Norina had starred). (Stendhal's intepretation of the names was somewhat different: the only two choices open to his hero, Julien Sorel, a poor man for career glory and advancement: red for military and black for clergy.) They later established the Prince Matchabelli Perfume Company in 1926. Perfumes were personally blended for clients by Prince Matchabelli. The first three perfumes were Princess Norina, Queen of Georgia and Ave Maria. The company became known for the many color-coded, crown-shaped bottles designed by Norina after the Matchabelli crown and introduced in 1928 with labels on the underside.[1]

In 1936 Princess Matchabellie sold the company to perfume manufacturer Saul Ganz for $250,000. Ganz then named his son Paul H. Ganz president of the company. (The couple divorced in 1933 and Georges died in 1935.) Ganz remained as president until the company was sold in the late 1940s to the Vicks Chemical Company. In 1958, Prince Matchabelli became a division of Chesebrough–Pond's, a consumer products conglomerate. In 1987, Chesebrough–Ponds was acquired by Anglo-Dutch company Unilever. As of 1986 the division had annual domestic sales of about $140 million, according to company officials.[2] . In 1993 the Chesebrough-Ponds division of Unilever sold the Prince Matchabelli brands to Parfums de Coeur.

Prince Matchabelli is a perfume house that was founded in 1926. by Georges i Norina Matchabelli. The owner of the brend from 1987. is Anglo-Dutch company Unilever.

Prince Matchabelli is a Georgian prince, before the Russian Revolution he had been an ambassador to Italy. In 1916. he married Norina Gilli, an Italian actress, she became famous after her work in 1911. in pantomime spectacle play "The Miracle."

They emigrated in the US in 1926. and opened the perfume house of Prince Matchabelli. Georges Matchabelli died in 1935. and in 1936. the house was sold to perfume manufacturer Saul Ganz. It had been changing its owner until it was acquired by Anglo-Dutch company Unilever in 1987.