Maliya Rudhyar, the astrologer Dane Rudhyar's wife, was touring India and came to Nasik on March 31st. The Rudhyars had met Baba in Boston in 1931 and again in Hollywood in 1932. During Maliya's meeting, Baba stated to her, "Bravery and strength overcome all difficulties. Be firm, do not despair and keep longing.

"It is there in you. You are the infinite universe, but you must discover it and find that out. I will help you – always.

"Places and physical conditions do not matter where longing and determination are deep and strong. It is not a question of patient, endless walking. It matters how and where you walk – in which direction. You may walk and walk for years, but if it is in the wrong direction it is a waste of energy and time. If you go further away, of course you do come back when the time comes, but it is such a long process."

Maliya was invited to stay in the Nasik ashram and she did for a few weeks and then returned to America. 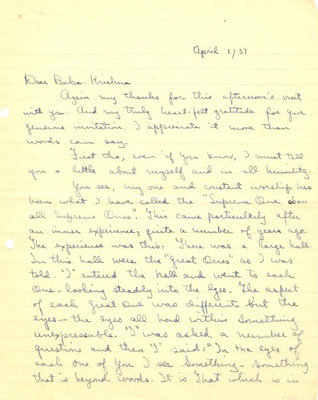 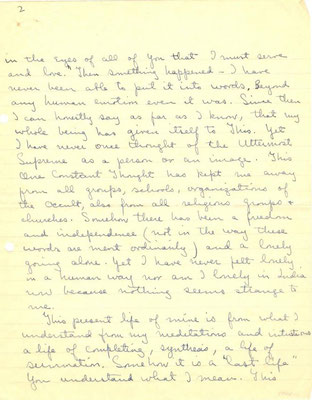 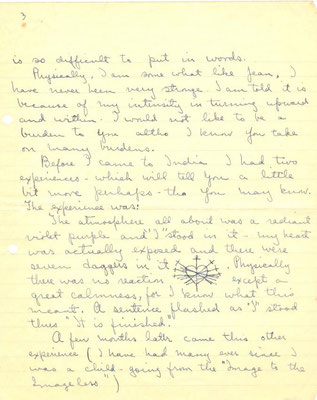 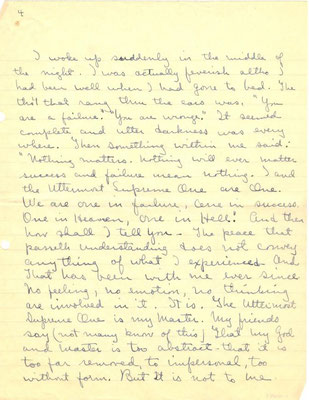 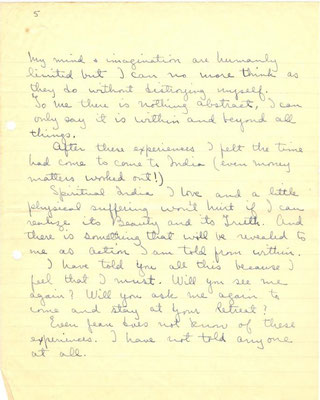 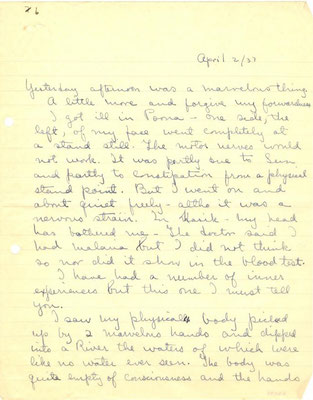 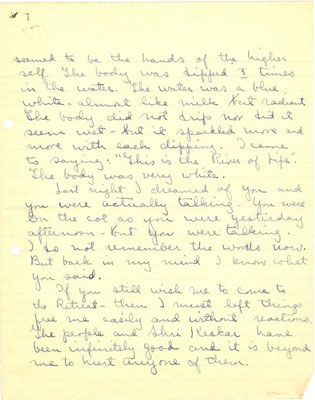 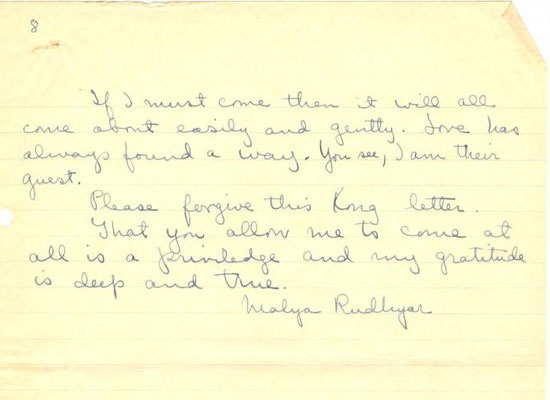 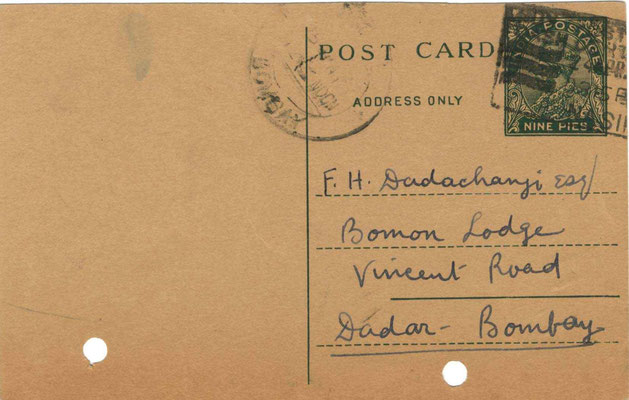 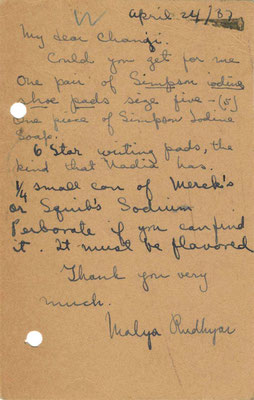 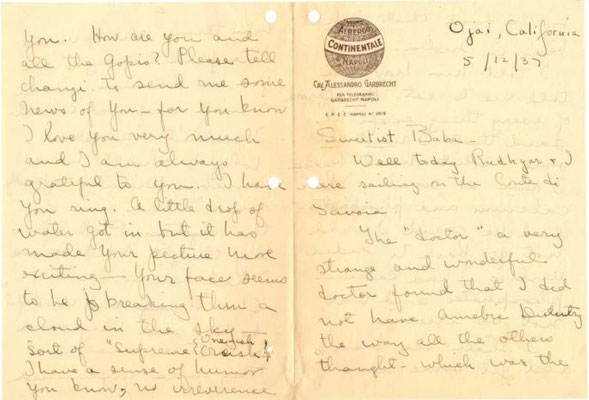 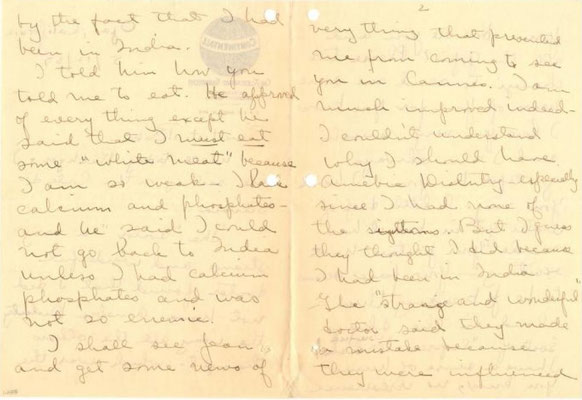 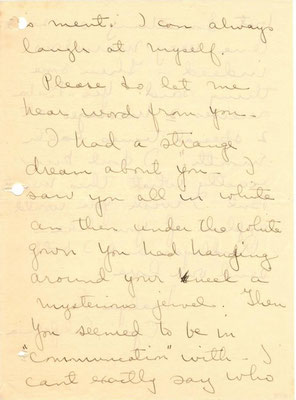 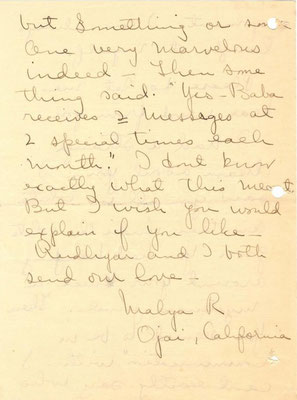