In the evening, Baba went to a concert at Queen's Hall, but he did not enjoy the classical music. At intermission, Baba was taken backstage to meet the conductor Sir Henry Wood, who had expressed a wish to meet him. Kitty Davy knew Sir Henry, as she was teaching his two daughters piano. 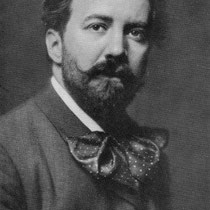 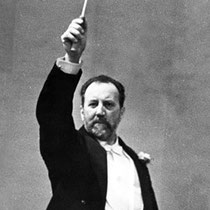 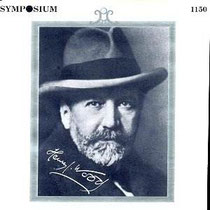 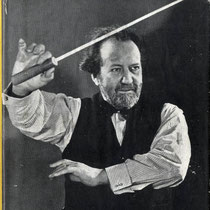 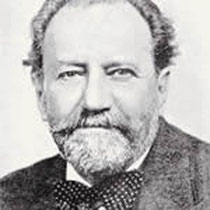 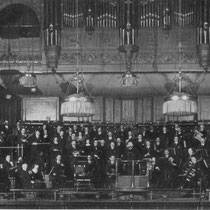 Sir Henry Joseph Wood, CH (3 March 1869 – 19 August 1944) was an English conductor, forever associated with The Proms which he conducted for half a century. Founded in 1895, they became known after his death as the "Henry Wood Promenade Concerts" and are now the "BBC Proms". He had an enormous influence on musical life in Britain: he improved access immensely, and also raised the standard of orchestral playing and nurtured the taste of the public, introducing them to a vast repertoire of music, encouraging especially compositions by British composers. He was knighted in 1911.

Wood was born in London. His father was a qualified optician, but had become well-known as a craftsman and model maker, running a highly successful model engine shop in Oxford Street. Both parents were keen amateur musicians: his father sang in church choirs and played the cello and his mother sang songs from her native Wales.

He was deputy organist of St Mary Aldermanbury at the age of ten. At the age of fourteen, he played the organ at the 'Musicians' Church' St Sepulchre-without-Newgate, the largest parish church in the City of London, where his ashes now rest (despite Wood being an honorary associate of the Rationalist Press Association from 1937 until his death).

He also learned the piano and violin, but it was not until he entered the Royal Academy of Music at the age of sixteen that he received methodical tuition. During his two years at the RAM he took classes in piano, organ, composition and singing. His teachers included Ebenezer Prout (composition) and Manuel Garcia (singing). His ambition at the time was to become a teacher of singing (and he gave singing lessons throughout his life), and so he attended classes of as many singing teachers as he could, both as pupil and as accompanist.

On leaving the Royal Academy of Music he found work as a singing teacher and as an orchestral and choral conductor. He gained experience by working for several opera companies, many of them obscure. He conducted the Carl Rosa Opera Company in 1891, and the following year the English premiere of Tchaikovsky’s Eugene Onegin at the newly rebuilt Olympic Theatre. He collaborated with Arthur Sullivan on preparation of The Yeomen of the Guard and Ivanhoe. Meanwhile he was deriving a steady income from his singing tuition, and he published a manual The Gentle Art of Singing.

In 1898 Wood married Princess Olga Ourousoff, who died in 1909. He married again in 1911, to Muriel Ellen Greatrex, with whom he had two daughters. He was knighted in 1911, and appointed a Companion of Honour in the 1944 King's Birthday Honours,[4] just a couple of months before his death on 19 August 1944.

Bust of Sir Henry Wood. This is the bust which is placed in front of the organ at the Royal Albert Hall during the Proms, here shown in its usual location, the Duke's Hall, Royal Academy of Music, London.

In 1893, Robert Newman, manager of the Queen's Hall, proposed holding a series of promenade concerts with Wood as conductor. The term promenade concert normally referred to concerts in London parks where the audience could walk about as they listened (French se promener = to walk). Newman’s aim was to educate the musical taste of the public who were not used to listening to serious classical music unless it was presented in small doses with plenty of other popular items in between. Wood shared Newman’s ideals. Dr George Cathcart, a wealthy ear, nose and throat specialist, offered to sponsor the project on condition that Wood took charge of every concert. He also insisted that the pitch of the instruments, which in England was nearly a semitone higher than that used on the continent, should be brought down to diapason normal (A=435Hz). On 10 August 1895 the first of the Queen’s Hall Promenade Concerts took place. The singer Agnes Nicholls, who was in the audience, recalled:

Just before 8 o’clock I saw Henry Wood take up his position behind the curtain at the end of the platform – watch in hand. Punctually, on the stroke of eight, he walked quickly to the rostrum, buttonhole and all, and began the National Anthem...... A few moments for the audience to settle down, then the Rienzi Overture, and the first concert of the new Promenades had begun.

It is particularly significant that he should have chosen an overture by Wagner to open the first programme. Prejudice against British musicians was very strong. Nineteenth century England had been labelled by the Germans Das Land ohne Musik (“The Land without Music”) and not without a certain amount of justification. Henry Wood was to alter all that. In particular, it was thought that no British conductor would be capable of conducting Wagner. Wood was to prove otherwise. In fact, for many years the programming of the promenade concerts followed a particular pattern according to the day of the week, with Monday nights being Wagner nights and Friday being dedicated to Beethoven. Wood also bravely introduced British audiences to many noteworthy European composers, especially Sibelius and composers of the Russian school. In 1912 he conducted Schoenberg’s Five Orchestral Pieces (“Stick to it, gentlemen” he urged the orchestra at rehearsal, “This is nothing to what you’ll have to play in 25 years’ time”).

Wood remained in sole charge of the Proms (with one or two exceptions) until 1941 when he shared the conducting with Basil Cameron and, in the following season, with Sir Adrian Boult as well. During Wood’s time the Proms were a central feature of British musical life and he gained the nickname of "Timber" from the Promenaders. He brought about many innovations. He fought continuously for improved pay for musicians, and introduced women into the orchestra in 1911. In 1904, after a rehearsal in which he was faced with a sea of entirely unfamiliar faces in his own orchestra, he at one stroke abolished the deputy system in which players had been free to send in a deputy whenever they wished. Forty players resigned en bloc and formed their own orchestra: the London Symphony Orchestra.

Wood's fame lies mainly with the promenade concerts, but he was active in many areas of musical life. He conducted many concerts in London and the provinces, and appeared regularly at choral festivals in Norwich and Sheffield. He conducted many amateur groups, and was very generous with the time he gave to the students’ orchestra at the RAM. He was meticulous and thorough in his preparation, and built up a large library of scores which were carefully marked up in coloured pencil. His famous medley Fantasia on British Sea Songs, prepared for the 1905 centenary celebrations of the Battle of Trafalgar, is well known for its frequent appearances at the Last Night of the Proms, though in fact this has often been arranged further by others.[5]

His orchestrations of other composers' works drew frequent criticisms, so when in 1929 he made an orchestral transcription of Bach's Toccata and Fugue in D minor, he presented it as a transcription by a Russian composer called Paul Klenovsky. Klenovsky was a real person, a recently deceased young musician friend of Alexander Glazunov's, and Wood thought a foreign name would secure a more favourable reception than his own. It was a great success. Only several years later did he confess to the little joke.[6] The work was nonetheless published in 1934 as "Bach-Klenovsky, Organ Toccata and Fugue in D minor, for Orchestra (orchestrated by Sir Henry J. Wood)".

In 1938 he presented a jubilee concert in the Royal Albert Hall. Sergei Rachmaninoff was the soloist, and for the occasion Vaughan Williams wrote his Serenade to Music for orchestra and sixteen soloists.

A number of honours were bestowed on him: knighted by the king in 1911, he was awarded the gold medal of the Royal Philharmonic Society in 1921 and was made a Companion of Honour in 1944.

Wood tended to overwork himself, and the strain began to tell in his later years. He died on 19 August 1944 at Hitchin in Hertfordshire, just over a week after the fiftieth anniversary concert of the Proms, which he had been too ill even to listen to on the radio.

The poet laureate John Masefield composed a poem of six verses in his honour, entitled "Sir Henry Wood" but often referred to by its first line "Where does the uttered music go?". This was set to music as an anthem for mixed choir by Sir William Walton which received its first performance on 26 April 1946 at St. Sepulchre's Church, Holborn, London, on the occasion of a ceremony unveiling a memorial stained-glass window in Sir Henry Wood's honour.

He is remembered today in the name of the Henry Wood Hall, the deconsecrated Holy Trinity Church in Southwark, which was converted to a rehearsal and recording venue in 1975. His bust stands upstage centre in the Royal Albert Hall during the whole of each Prom season, and is decorated by a chaplet on the Last Night of the Proms.