Recollection of Quentin Tod in Hollywood - 1932

Baba met several other movie stars in Hollywood during his visit, including Boris Karloff, John Gilbert, Bruce Evans, Florence Vidor, Charles Farrell, Johnny Mack Brown and Cary Grant. Some of these actors and actresses met him later in the evening of June 1st, when Douglas Fairbanks and Mary Pickford invited Baba to Pickfair, their twenty-two-room mansion at 1143 Summit Drive, for a reception with a few others from the film industry. Marc Jones drove Baba, Meredith ( Starr ), Margaret, Priscilla and ( Quentin ) Tod to Beverly Hills at eight o'clock that night. The mandali followed in another car, along with Norina ( Matchabelli ) and Elizabeth ( Patterson ).

The recollections of Quentin Tod in Hollywood, 1932 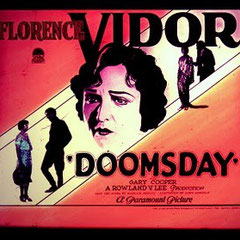 Born as Florence Arto, her father, J.P. Arto, was an important executive and she started working in silent movies thanks to her husband, the director King Vidor. She signed her first contract with Vitagraph in 1916. Her fame was due to specially her role in the 1921 film Hail the Woman.

She got divorced in 1925 after having had a daughter (Suzanne), but she maintained her husband's surname. She married the violin player Jascha Heifetz one year after. Her career ended with silent movies.