In 1927 Baba sent one of His Indian disciples, Rustom Irani, to London in search of pupils to attend the multi-national, multi-faith boys school that Baba ran for several years. It was attached to Baba's ashram in Meherabad. Rustom met Meredith Starr, a spiritual seeker who taught meditation. Meredith, his wife *** ( Margaret ) and her sister were drawn to Meher Baba and travelled to India to spend six months at the Meherashram at Toka.

On his return, and on Baba’s instructions, Meredith set up a spiritual retreat in Devon, near Combe Martin, which attracted a number of interested people. Meredith taught meditation and prepared them for Meher Baba's arrival.

***Note : Meredith claimed he was married to Margaret when he arrived in India in 1928, they were actually lovers at the time. He married her 3 years later.

Letter to Meredith from Jean Schloss ( Adriel ) in early 1931. 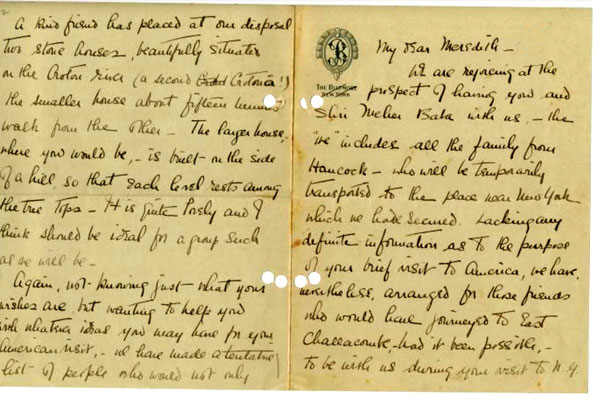 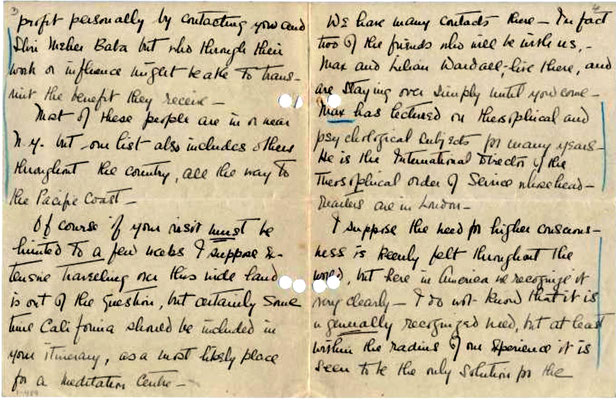 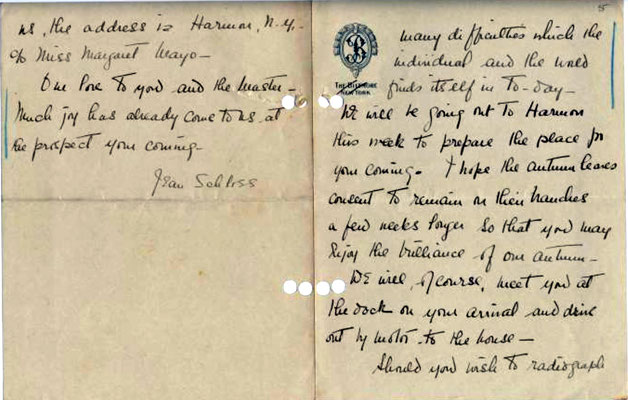 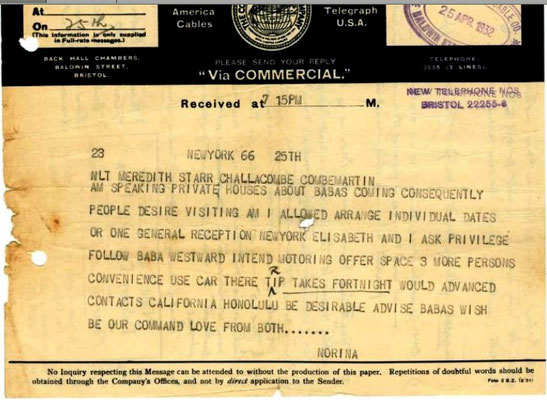 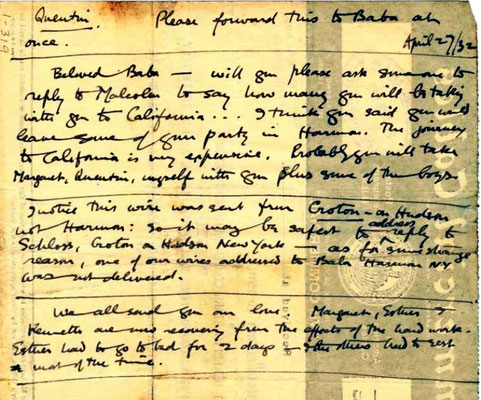 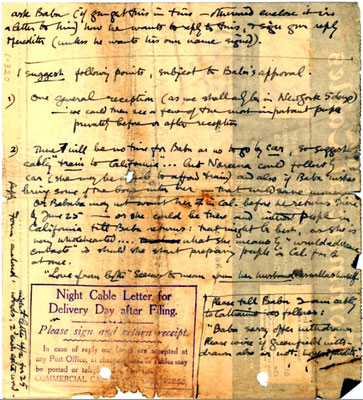 Excerpts from two 1932 newsreels: "Meher Baba's 1932 Message to America", and "Meher Baba at Harmon-on-Hudson 1932". The first film, discovered in 1993 in the archives of the University of South Carolina, was recorded in May 1932 by Movietone at the property in which Meher Baba stayed for a short while called Harmon-on-Hudson which is located near Croton-Hudson at the end of the Albany Post Road in New York. This town is located on the eastern side of the Hudson River north of New York City but in New York State.

The sounds of the steam ships can be heard in the distance.

In it, Baba answers questions posed by Meredith Starr about his mission in America. The second film, taken by Paramount in 1932, was rediscovered in 1994 in a film archive in New York. 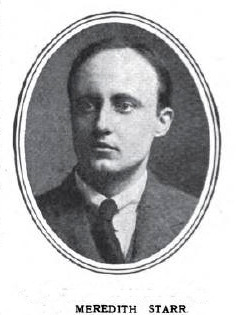 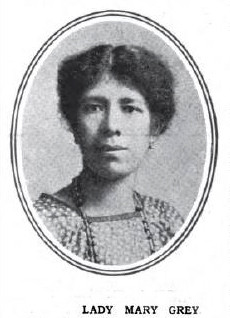 Roland Meredith Starr (29 December 1890 - 13 December 1971) was a British psychologist and occultist. He is credited with introducing the Indian guru Meher Baba to the West.

Starr, whose birth name was Herbert Close, was born in Prestbury House, Hampton, at Richmond in the County of Middlesex, England to well-to-do land owning parents ("landed proprietors") William Brooks Close and Mary Baker Brooks Close. When Starr was one year old his parents separated and he was raised by his mother. He received his education at Winchester College in Hampshire. Starr was a psychologist, homeopath, occultist and an editorial writer. He was also the principal player in bringing the Indian guru Meher Baba to the West for the first time at the start of the 1930s, although he himself did not remain a follower for very long.

In the early 20th century, Starr wrote for The Occult Review, an illustrated monthly journal containing articles and correspondence by many notable occultists of the day, including Aleister Crowley, Arthur Edward Waite, W. L. Wilmshurst, Franz Hartmann, Florence Farr, and Herbert Stanley Redgrove. He probably changed his name to Meredith Starr when he was twenty in relation to his work as a reviewer and contributor for The Occult Review. He also wrote for Aleister Crowley's publication The Equinox, publishing Memory of Love (under the name "Herbert Close"), VII, 291 - Vol 7, in 1911.

Meredith Starr met Meher Baba in Toka, India on June 30, 1928. In 1931 Starr established a retreat center at East Challacombe, North Devon (a couple of miles from Combe Martin), where he invited Meher Baba to come and meet westerners. It was at the Devon retreat that many of Meher Baba's lasting followers from Europe and the United States first met Baba. Meredith was famously lacking in a sense of humor and had a particular sense of how spiritual conduct should be, thus enforcing strong codes of serious contemplative conduct that made even Meher Baba uncomfortable. Yet he is considered to have played a central role in introducing Meher Baba to the western world.

In December 1932, Starr grew irritated with Meher Baba and wrote to him, "Give me either the 400 pounds you owe me or illumination ( 25,000 pounds in todays value ); otherwise, I will leave you and expose you as a fraud!" He then did leave Meher Baba. The money he referred to was money he had spent hosting Meher Baba at his retreat in Devon. Starr disbanded the Devon retreat and sold the property a year and a half later. A court case insured and Meher Baba was cleared.

He was married firstly on March 1, 1917 at Paddington Register Office to the Honourable Mary Grey, daughter of the 8th Earl of Stamford, from whom he was divorced by decree nisi April 10, 1930, on his admission of an adulterous relationship of four years' duration with a Miss Margaret Ross of East Challacombe, Combe Martin, Devon.He is buried in the Municipal Cemetery, Kirkley, Suffolk.

O DREAD Desire of Love! O lips and eyes!
O image of the love that never dies,
But, fed by furtive fire, rages most
When Hope and Faith have been for ever lost!
O oft-kissed lips and soul-remembered eyes,
O stricken heart -- the old love never dies!

O Passion of dead lips that used to cling
To warm red living ones that breathed no pain!
O Passion of dead hours that daily bring
To life some phantom pale that died in vain! ...
Some echo tuned to Memory's dying strain,
Some witness of the immemorial spring!

Articles written in The Occult Review 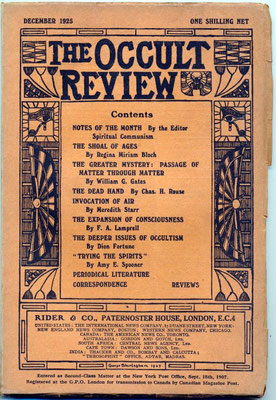 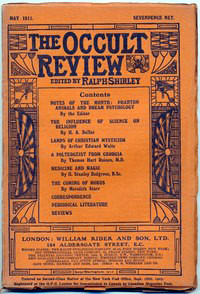 SHIPS THAT MEREDITH STARR SAILED ON

This was the first time Meher Baba sailed to the United States accompanied by several of his close male disciples and Margaret Starr.

Meredith again sailed  on the Bremen departing from Southampton, England  on the 14th May 1932 and arrived 20th May 1932 in New York.

﻿In November 1959, Meredith & Margaret took a cruise on the RMS Andes