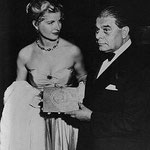 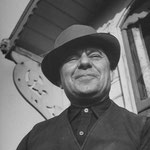 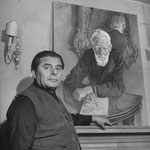 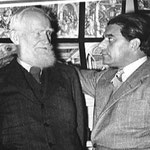 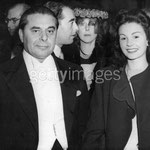 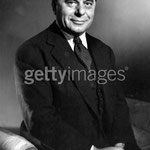 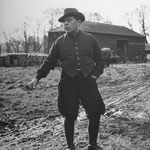 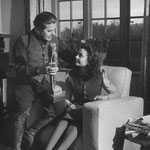 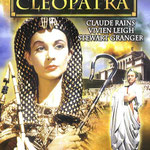 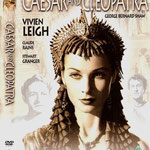 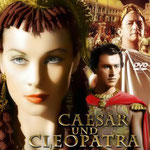 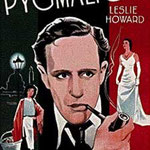 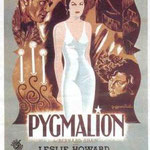 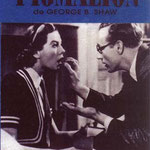 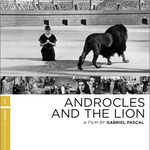 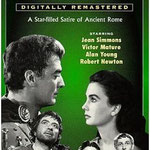 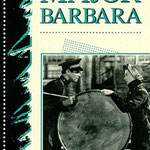 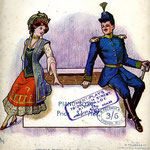 Born in Arad, Transylvania, Austria-Hungary (now Arad, Romania) in 1894, Pascal was the first film producer to bring the plays of George Bernard Shaw successfully to the screen. His most famous production was Pygmalion, which was later adapted by Lerner and Loewe into the musical My Fair Lady. Pascal had tried to convince Shaw to let Pygmalion be turned into a musical, but the outraged Shaw explicitly forbade it, having had a bad experience with the operetta The Chocolate Soldier, based on Shaw's Arms and the Man. Pascal died in 1954, and it was not until 1956 that Pygmalion became My Fair Lady.

Pascal coined his own name and his real name remains unknown. Pascal's early life is shrouded in mystery. He claimed to have been an orphan taken from a burning building as a child and raised first by Gypsies before being taken away to an orphanage. He also claimed that the Gypsies taught him to beg, steal, and do acrobatic tricks.[1] It is unclear what parts of his fabulous account of his childhood are true as there are no formal records of him prior to the age of 17 when he was enlisted in military school in Holics, Hungary by a mysterious Jesuit Priest. Pascal, who was decidedly unfit for military life, became interested in theater and studied at the Academy of the Hofburgtheater in Vienna. Later his interest expanded into the newly burgeoning cinema and he made films in Germany and Italy with sporadic success.

Pascal had one son, Peter, conceived in Germany during the delirium of a fever with his landlady's sister Elsie. Unable to care even for himself, Pascal fled to Holland. After WWII ended, at last on his feet with the success of Pygmalion and Major Barbara, Pascal rushed to Germany to search for his son Peter, but he was listed among the missing Hitler-Jugend. Elsie had been killed by a bomb.

Pascal had another auspicious encounter when he was young while walking along the shore of the Mediterranean. An old man, George Bernard Shaw, was swimming naked holding onto a buoy. A conversation ensued and Shaw dared the young Pascal on the shore to take off his clothes and join him in the water. He was impressed when Pascal immediately did so and this began their friendship. Shaw was impressed with Pascal's youthful enthusiasm for art and his bravado and invited him to come visit him one day when he was entirely broke.[3] This chance meeting was to play a major role in Pascal's later career.

Pascal began his producing career making silent movies in Italy for German distribution through UFA Studios in Berlin. His directorial debut was Populi Morituri in which he also starred. He later produced comedies in Germany. His most famous was the dark comedy Unheimliche Geschichten (Uncanny Stories) in 1932, directed by Richard Oswald. It was an anthology of short spookie stories, including by Edgar Allan Poe, tied together by the adventures of a black cat and is considered by some to be a forgotten horror classic of the early talkies.

In 1934, during a trip to Hollywood, Pascal was contacted by Princess Norina Matchabelli (wife of the perfume manufacturer) about a film project based on the teachings of her guru Shri Meher Baba. Pascal got very caught up in this project, bringing writers Hy Kraft[4] and Karl Vollmöller into helping him work up treatments and even making a trip to India to discuss the project further with Meher Baba. By the time Pascal arrived in India, however, Meher Baba did not seem in any hurry to complete the film, saying it could wait and inviting Pascal to travel with him in India. Most ordinary men would have been discouraged, but Pascal took energetically to the austere life of an eastern ascetic, even shedding his western garb for eastern clothing.[5] He took a liking to Meher Baba and maintained a correspondence with him for the rest of his life. Meher Baba nicknamed Pascal "Phoenix" and alternately his "Panther."[6][7][8]

Pascal remained in close correspondence with his guru Meher Baba right up to the end of his life and met with him for the last time in Scarsdale, New York in 1952.[9] Even in this final meeting there was talk of films that Pascal had planned to produce for Meher Baba.

In time, however, Pascal's desire to make his mark on cinema returned and Pascal took a ship back to America penniless but undaunted. He landed in San Francisco where he spent some time deciding what to do next. Then it struck him to approach George Bernard Shaw (the most famous living playwright in the English speaking world at the time), whom Pascal had met auspiciously many years earlier. During that earlier meeting Shaw, who had been impressed with the young Pascal's passion for art and cinema, had told him to pay him a visit when he was entirely penniless. Pascal was now exactly that. He then sought out Shaw, first by going to New York City hidden in the toilet of the train, then convincing a sea captain to give him a lift to England.

Somehow he did convince Shaw to give him the rights to his plays, beginning with Pygmalion (1938), which was an enormous international hit, both critically and financially. Pascal followed up Pygmalion with Major Barbara (1941) which he directed as well as produced. Major Barbara was filmed in London during the bombing by the Nazis. During air raids the crew and cast had to dodge into bomb shelters. Pascal never stopped the production and the film was completed on schedule. But Pascal became more and more extravagant, finally losing his credibility with Caesar and Cleopatra (1945) which was the most expensive British movie ever made at that time and a terrible financial and critical flop, although it is more highly regarded today. Pascal famously insisted on importing sand from Egypt to achieve the right cinematic colors for this extravaganza. Shaw had become more difficult to work with also. After the success of Pygmalion, which was shortened in its transition from stage to screen, he increasingly refused to let his plays be cut.

Pascal did manage to produce one more movie, Androcles and the Lion in 1952. By this time he was increasingly sick with cancer of the liver.

In spring of 1954, in New York City, just before his passing Pascal had planned a trip to India to see Meher Baba one last time. He was having an affair and divorcing his wife at the time. One day he impulsively wrote on a piece of Hotel stationary to his mistress, "If I die on my trip to India I leave my entire estate to you." He signed and dated it before two witnesses, a cook and a maid in the Hotel who did not speak English but only Chinese. This was an absurd gesture since Pascal was totally in debt. He died within a short time of this letter in July, 1954, and within two years of his death the musical My Fair Lady, which Pascal had managed to retain an option on by borrowing money from a Baba follower named Margaret Scott, opened on Broadway. Thus, soon after his death, his estate, which had been worth nothing on his deathbed, grew to an estimated value of $2,000,000 as the movie rights for My Fair Lady (which was filmed in 1964) were also quickly optioned. There was a large court battle in which his wife Valerie (who he was not fully divorced from at the time of his death) and the mistress fought over his estate. His odd last will and testament on the Hotel stationary was entered as evidence in support of his mistress and the case was well-publicized. Several Meher Baba followers were involved in his life at the end including Harold Rudd who testified at his trial. The result of the trial was an even split of Pascal's royalties from My Fair Lady between the mistress and Pascal's estranged wife, each receiving well over one million dollars in settlement. His wife Valerie attempted to pay back the borrowed option money to Margaret Scott but by the time the settlement came through Mrs. Scott had fallen from a New York apartment window to her death. Valerie therefore paid the money to Margaret's daughter instead. [10]

Pascal is best remembered as one of the Hungarian Producers of the likes of Alexander Korda that made a mark on American and English cinema. Pascal was the only producer ever to have major movie deals with seven separate countries on three continents: Hungary, Italy, Germany, China, India, England, and the USA. He was also the only man to ever convince George Bernard Shaw to adjust his scripts to the new medium of cinema, gaining concessions from Shaw that no other man could. Pascal even invented the famous line for Pygmalion, later appearing in the theatrical and film versions of My Fair Lady, "The rain in Spain stays mainly in the plain" and Shaw, by now publicly referring to Pascal as a "genius," wrote the line into the script.[11] He was one of the most extravagant men of his time, named in 1938 as one of the world's most famous men by Time Magazine along with Adolf Hitler. He is less known for his deep interest in the spiritual and his boundless enthusiasm for art as a direct and honest route to God. He is even less known for his lifelong devotion to spiritual master Meher Baba. His life is well documented in the beautifully written biography by his wife Valerie, "The Disciple and His Devil," published by McGraw-Hill in 1970 and republished by iUniverse in 2004. After Pascal's death, Valerie married the famous publisher and philanthropist George T. Delacorte Jr. and spent the rest of her life supporting charitable foundations under the name Valerie Delacorte.

Gabriel Pascal is one of those extraordinary men who turn up occasionally — say once in a century — and may be called godsends in the arts to which they are devoted. Pascal is doing for films what Diaghileff did for the Russian Ballet... He shocks me by his utter indifference to cost; but the result justifies him; and Hollywood, which always values a director in proportion to the money he throws away, is now at his feet: for he throws it away like water. The man is a genius: That is all I have to say about him.[12]