Donald Mahler came to know of Baba through his teacher and mentor, Margaret Craske in the 1950s while studying ballet. He met Meher Baba in 1956, 1958 and again in 1962. Donald, affectionately dubbed 'Donald Duck' by Baba, had the wonderful opportunity to be one of the dancers that carried Baba in a special chair at the Meher Spiritual Center in Myrtle Beach.

When Baba, very abruptly in Dehra Dhun in 1946, sent her back home, and she began her career with Ballet Theatre, His significant words "Your dancing is Mine" came true. Gradually a small group of dancers came to hear of Him through contact with her, and came to meet Him in 1952 in Myrtle Beach. She never "pushed" Baba on anyone, but let them seek her out. "I let them knock hard on my door," she says.

Some well-known ballet stars have become close Baba lovers, such a Tex Hightower (featured in the movie, Carousel); Don Mahler, now in charge of the Metropolitan Opera Ballet Company; Bunty Kelly, top dancer in the musical Brigadoon, now teaching at Adelphi College; Peter Saul, in charge of dance at Cornell U.; Marie Adair, in charge of ballet at Sarah Lawrence, and others.

In 1956, they gave a special ballet performance for Baba in the Barn at Myrtle Beach; and you can see them in the old 1958 movies carrying Baba about in His special chair.

Peter Saul, Viola Farber, Jean Cebrun, Marie Adair, Joe Fabian, Charles Hightower, Skipper Damon, Bunty Kelly, Naomi Westerfelt, Cynthia Mays and Zebra Nevins all performed for Baba. They danced several numbers for him, both solos and duets. It was as if the walls of the Barn faded away, and the space expanded. Another dancer, Donald Mahler, had come from Canada and served as stage-hand.

After one number set in the 1920s, Skipper Damon gave Baba her cloche hat, and he put it on. Baba embraced Margaret Craske and each of the dancers, and also Don Stevens. He said, "I am pleased by this performance of my lovers, done with love for me."

The group afterwards said that they had never danced as they danced that afternoon.

Donald Mahler is a celebrated ballet dancer, choreographer, and stage director. As a dancer and later choreographer, Mahler had a long and fruitful partnership with the Metropolitan Opera in New York City that spanned from 1962 to 1986. Today he is mainly active as a director of ballets and is particularly known for his stagings of the works of Antony Tudor.[1]

Mahler studied at the Metropolitan Opera Ballet School under Margaret Craske and Antony Tudor during the 1950s. While at the school he appeared in the 1958 film The Very Eye of Night which was directed by Maya Deren. Filmed in 1957, the short film features inverted images of dancers (with choreography by Tudor) moving across a starry sky. Shortly after finishing this project, Mahler joined the National Ballet of Canada where he danced for five years. While there he was a featured dancer in two ballets by Tudor, Lilac Garden and Offenbach in the Underworld.[2]

In 1962 Mahler joined the Metropolitan Opera Ballet at the invitation of Alicia Markova, making his debut with the company at the "Old Met" on February 16, 1962 in a production of Giuseppe Verdi's Aida with Leonie Rysanek in the title role and Franco Corelli as Radamès. He remained at the Met up through the spring of 1975. He rejoined the Met for the 1979-1980 season. His final and 316th performance at the Met was as the Hairdresser in Richard Strauss's Der Rosenkavalier on January 12, 1980 with Agnes Baltsa as Octavian, Anna Tomowa-Sintow as the Marschallin, and Judith Blegen as Sophie. In addition to operas, Mahler performed in many ballets at the Met, including Tudor's Echoing of Trumpets and Concerning Oracles.[3]

Although no longer dancing at the Met, Mahler continued to work for the company through 1986 as one of their main choreographers. He choreographed productions of Strauss's Salome (1981), Verdi's I Vespri Siciliani (1982), Verdi's La forza del destino (1982), Amilcare Ponchielli's La Gioconda (1982), Francesco Cilea's Adriana Lecouvreur (1983), and Richard Wagner's Die Meistersinger von Nürnberg (1985). The last opera he choreographed for the company was Riccardo Zandonai's Francesca da Rimini which gave its final performance on February 13, 1986 with Renata Scotto in the title role.[3]

Since the early 1980s, Mahler has worked mainly as a stage director and choreographer for ballets, particularly focusing on staging the works of his teacher and mentor Antony Tudor. He has staged Tudor ballets for many companies internationally, including the American Ballet Theatre, Ballet West, Ballet San Jose, Boston Ballet, the Edinburgh Festival, and the Joffrey Ballet to name just a few.[2] 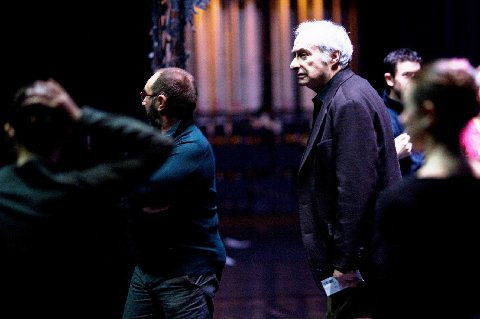 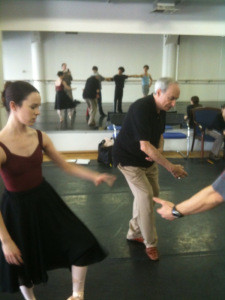 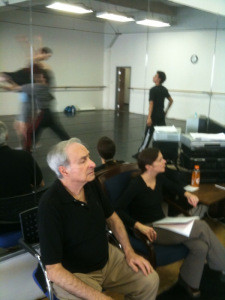 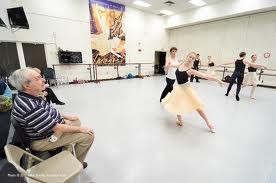 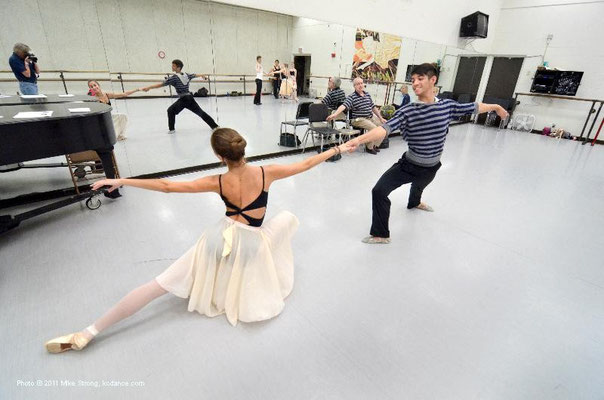 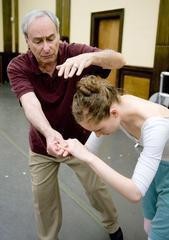