Robert Antoni is the only person from France who's name is inscribed at the Meherabad Memorial Tower.

A special thanks to Hasan Selisik for all the images of both Robert and his wife Yvonne and their respective details.

Robert Antoni was a judiciary commissar of the police during the II WW as his position had permitted him to help and protect Juives ( Jews ) in Paris from SS chasing. As he was also in the Resistance against Nazi invasion. While he was receiving the lists of Juives to be arrested the day after, he was giving the list to other Resistance forces where Yvonne was the courier to avert them to leave their domiciles ( homes ).

Thus un jour they met each other and fall in love and got maried....

1956 - in London they met Beloved Baba and "only from that moment that Robert became more fervant than Yvonne" as she later described his faith on Baba.

In doing so, they helped an elderly lady reach her apartment on the fourth floor, and when they arrived at her front door the woman folded her hands saying, "Thank you, Baba."

"Who is Baba?" Yvonne asked.

At once the woman gave her a small piece of paper on which was printed: "Shri Meher Baba, write to Meherabad, India or to Princess Matchabelli, New York."

During World War Two they were not allowed to write to foreign countries, but in 1945 when the war ended, Yvonne immediately wrote to Baba and received a reply through Adi K. Irani  in which Baba conveyed: "I know you and have been protecting you."

When Yvonne finally met Baba, she recalled: "We proceeded toward a small lounge where Baba was waiting for us, seated on a sofa. When I caught sight of him, I had the impression I was seeing a radiant Being; there was a bright white light in the room." 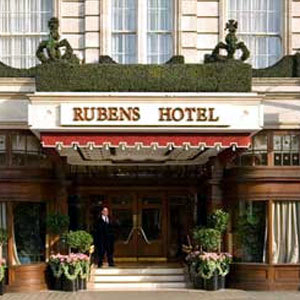 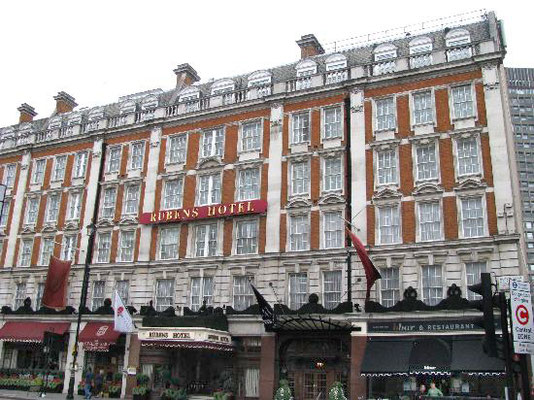 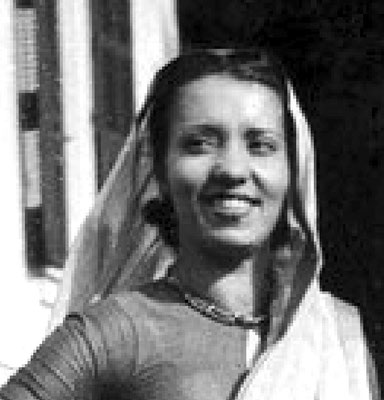 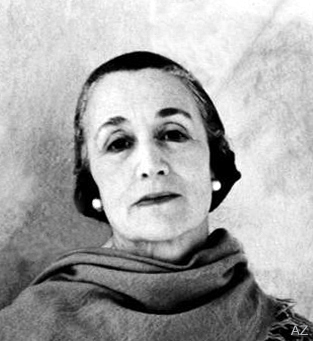 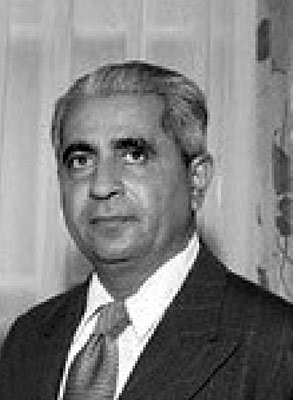 Robert Antoni was feeling disheartened in his job, working with juvenile delinquents. Baba told him:

“You should not be brought down by them, but on the contrary you should uplift them and look for God in their hearts.
As long as the heart speaks, language does not matter. God is in all. He is everywhere. He needs no words or language. He does not listen to the prayers from our mouths but from our hearts. Remain happy always, even in adverse circumstances.
If there were no turmoil, you could not test your ability to remain calm. One must try to remain happy always. One must try to make others happy.”

Andrée recalled, "Robert was as moved as I was. We were both crying, even with all the joy." After their interview, the Antonis' flew back to Paris the same evening.

With families, Baba's approach was individual and yet comprehensive, and when he embraced both a husband and wife together, the couple often felt that they had entered a new era in their marriage.

Meanwhile, Robert Antoni of Paris, France, suffered a serious car accident in May 1965, and the severe shock caused him to have a nervous breakdown. His condition became so severe that his wife, Yvonne, worried that he might commit suicide, and cabled her concern to Baba. Baba sent this reply to her:

"I send my love to my dear children Yvonne and Robert. Tell Robert that he should never think of escaping. Far from being an escape, suicide is on the contrary a terrible binding. He has to face everything with the strength of Baba's love and remember me constantly".

A short while later Robert Antoni was admitted to a hospital in an emergency. He remained in a coma for three days. Yvonne cabled Baba again. She was not allowed to see her husband and was told that this was the end, that he was being kept alive artificially. All night she asked Baba to bring Robert back to life, if it was his will. The next morning a telegram came from Baba, stating: "Robert will live." At noon the hospital called Yvonne to say that Robert was better and she would be allowed to see him.

Although still ill from the accident, Robert remained alive for another year and a half. In December 1966, after being in and out of one hospital and nursing home after another, Robert requested that Yvonne cable Baba, asking if he would ever get better.

On 27 December, Baba cabled: "Robert is to accept his lot." Robert Antoni understood that this meant it was the end, and answered in a quiet voice, "I accept."

One month later, on 27 January 1967, Robert Antoni passed away at the age of 58. Yvonne was informed of it by the hospital. As she was hanging up the telephone at the same moment the doorbell rang. A telegram from Baba was delivered. It read: "Yvonne, be happy, Robert is with me. Take care of your health. Baba." 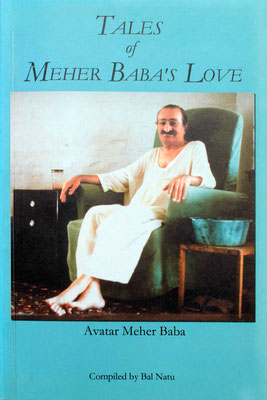 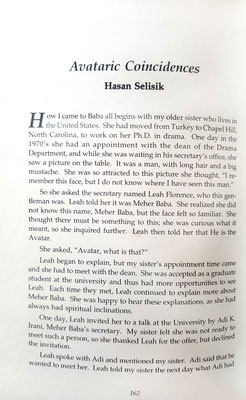 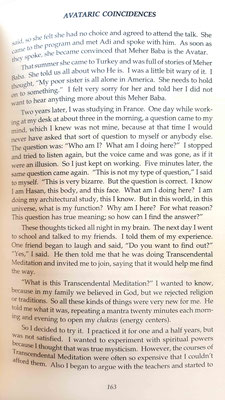 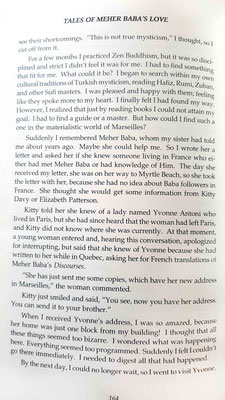 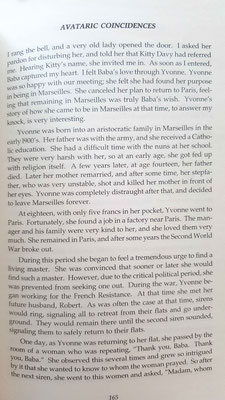 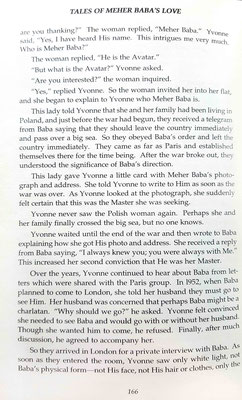 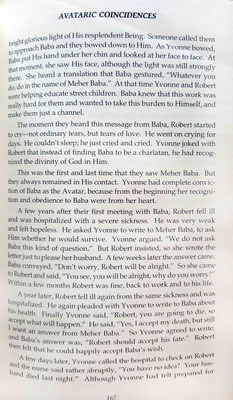 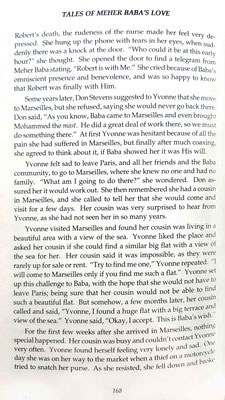 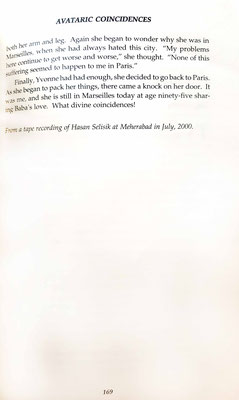 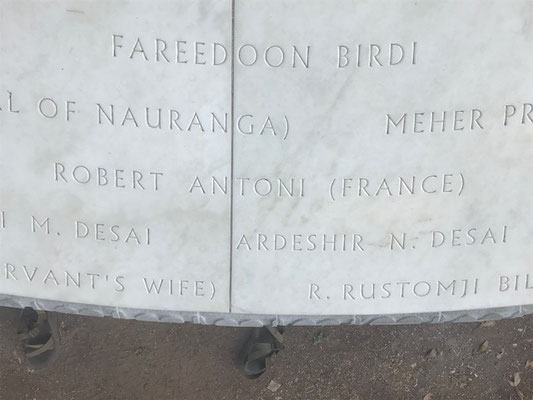 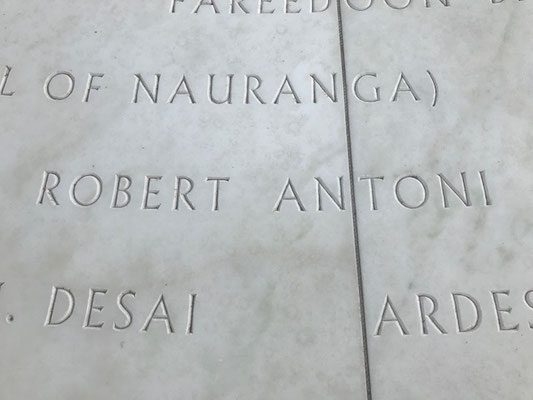 The above map is from the book "Meherabad Walking Tour" guide, authored by Peter & Debbie Nordeen . The artwork was by Glenn Magrini and colour rendering by Anthony Zois, courtesy of AMB Trust in India.