Peter Saul, age twenty, one of Margaret Craske's dance students, also meeting Baba for the first time, "His radiance was just extraordinary. It made everything else go away. Everything became a blur, visually and aurally. I was standing next to Miss Craske. When she and Baba greeted each other, it was like a river overflowing its banks, splashing over. I was absolutely stunned."

Peter Saul recollected: "Miss Craske came in with me, as I was still in a stupor. Baba was sitting on the chaise lounge in a cream coat. He was so beautiful. I could hardly look at him."

Pilgrim Centre at Meherabad in 1991, shortly before he passed away. 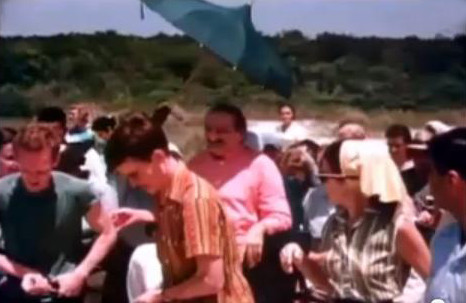 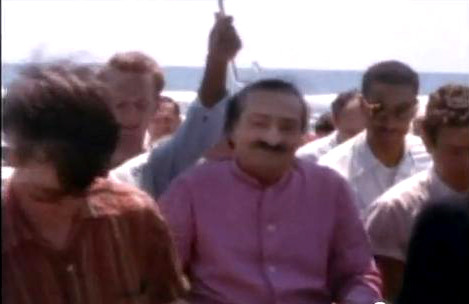 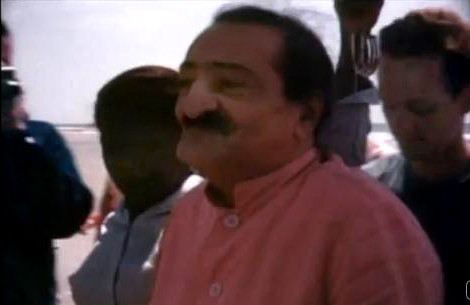 Although Peter Saul and Charles ("Tex") Hightower had paid for their dinner in advance, when they arrived, they saw that all the seats were taken. When Baba saw them standing, he asked what was the matter. They explained. Baba then motioned to Eruch and Meherjee to get up. He had Peter and Tex sit down on either side of him.

Peter Saul is located 1 minute into this video clip. He is seen with of Magaret Craske's ballet students including Tex Hightower. 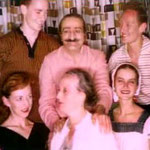 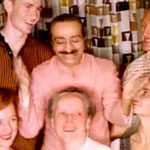 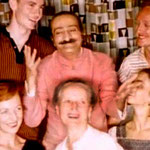 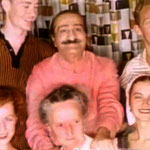 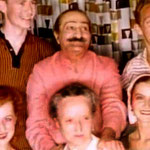 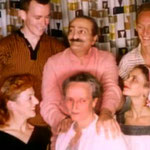 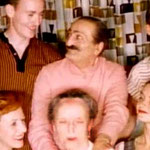 Image capture from a video by Anthony Zois. The video was made by Charmaine Duce.

For the most part during his stay at the Center, it was five of the dancers who had the privilege of carrying Baba's lift-chair: Jean Cebrun, Joe Fabian, Peter Saul, Donald Mahler and Charles Hightower. When Baba was about to sit in the car, one tried to help him out of the chair. Baba would always manage to throw the man off balance whenever he tried to help Baba, and Baba would also tweak his ear. This day, the women also took a turn in carrying their Beloved around the Center.

"The Prickly Rose: A Biography of Viola Farber"

There is mention of Peter in this book on page 45.