Photos of Meher Baba, Margaret Craske and the dancers were taken from a film. Photos were edited by Anthony Zois.

Later that night, there was a terrific electric storm. Bolts of lightning plunged into the lake, similar to the storms experienced during Baba's first visit to Myrtle Beach.

Don Stevens announced the program, saying, "Baba, your words have a deep effect on us. We know there is no yesterday and no tomorrow, and we are giving this performance for you in the Eternal Now!"

Baba asked Bunty Kelly, "Are you worrying about little Margaret (her three-month-old baby girl)?" She did not answer, and he remarked, "Worry about me. Let me worry about her."

At 5:15 P.M. a group of seven women led by Madhusudan, each dressed in one of Baba's seven colors, formed into a semicircle before Baba on the stage and performed his arti. Four of them held lighted camphor trays. Uttering Puranik mantras, they first did Baba's puja and then began singing the Hindi arti that Madhusudan had composed, Divya Sanatana, in which the audience joined. Bunty Kelly, one of Margaret Craske's ballet dancers, was summoned on the stage by Baba to perform with them.

With that, the first day's program ended. Many thronged to the dais to gaze at Baba to their heart's content. Acclamations rent the air and enthusiastic hearts, taking Baba with them, left to come again the next day.

Follows is the obituary of my mother, Bunty Kelley Bernstein, who passed away yesterday at age 92.

Margaret Bernstein’s Mother, former dancer, Bunty Kelley Bernstein, passed away peacefully in her home in Delmar, New York on Thursday, August 17th, 2017 at the age of ninety two after a battle with cancer. At the request of Bunty, no funeral or memorial service will be held. In lieu of flowers, donations can be made in her name to the SAFE through the arts bullying prevention program at Azalea Blossom, Incorporated, POB 21777, Brooklyn, NY, 11202 or at http://www.azaleablossom.com/support/donate

Bunty Kelley Bernstein (Nee’ Helen Margaret Douglas Kelley) was born on April 11, 1925 in London, England to Scottish parents- Nell Dunlop Kelley and John Douglas Kelley, an editor for Shell-Mex BP oil magazine. Bunty’s spent her childhood living in Chelsea, London and spending her holidays with her parents, her Great Aunt, Katerina Forbes Dunlop (the headmistress of the England’s oldest boarding school) and her brother Peter in the sea-side town of Winchelsea in East Sussex. She began formal ballet lessons at age eight and went on to study with Margaret Craske and her assistant Mabel Ryan a few years later. Bunty began her professional career at an early age beginning with small character roles in movies and left school to pursue a full time position as a pantomime dancer at the age of twelve.

Bunty performed in La Concurrence, a ballet choreographed by George Balanchine, in the Ballet Russe de Monte Carlo before embarking upon a full time career with the Royal Ballet Company (then Sadlers Wells) in 1939. During the interim while the Sadlers Wells theater was closed during the Second World War, Bunty performed with the Rambert Ballet Company for noontime concerts. She continued to dance with Sadlers Wells when it reconvened in 1941 in order to perform for British troops in France and Belgium. Soon afterwards, Bunty performed in several musical shows including Lisbon Story, Jenny Jones and Gay Rosalinda in London before accepting a position with choreographer Agnes De Mille in the film ‘London Town”. In 1946, Bunty left London to join Ms. De Mille in America to perform in the production of Oklahoma on Broadway.

During her tenure with Agnes De Mille, Bunty performed various roles in numerous films and Broadway musicals. Some of the highlights included the following films: Oklahoma, , Carousel, Pajama Game, The Best Things in Life are Free, Anything Goes and Silk Stockings and the following musical shows: Oklahoma, Gentlemen Prefer Blonds, Goldilocks and Brigadoon (Broadway) and Brigadoon (London). In addition, she performed in California and in Myrtle Beach for the Indian Master Meher Baba of whom she was a devotee.

Bunty began her ballet teaching career while she was still performing beginning with private classes in Los Angeles and in New York City. She began teaching ballet classes at the Bronx House Music School and went on to teach at the Metropolitan Opera House where she taught until the early 1960’s. She began teaching in the Dance Department at Adelphi Univeristy under the Chairmanship of Harry Bernstein on Long Island in 1959 where she taught and eventually received status as Associate Professor until the early 1970’s. In 1960, she married Harry Bernstein and in 1962 they gave birth to a daughter, Margaret Jean, who eventually became a professional musician.

In the spring of 1974, she began teaching at BOCES Cultural Arts Center (now known as Long Island School of the Arts), where she stayed for twenty years. During her time there, she taught many promising dancers who went on to pursue professional careers in dance including Michael Trusnovec, soloist with the Paul Taylor Dance Company. Upon her retirement, Bunty volunteered with a number of organizations including the Garden City nursery school, Hempstead Public Schools and Azalea Blossom, Incorporated where she served on the Board of Directors for several years.

Bunty resided in Garden City on Long Island, New York from August, 1966 until October, 2012 where she moved to Delmar in Upstate, New York. In the last few years of her life, she was active in supporting the budding percussion career of her grandson, Julian Jacobs. She is survived by her daughter, Flutist/songwriter Margaret Jean Bernstein, her grandson, percussionist/drummer Julian Jacobs and nieces and nephews.

The Inspirational Person for the month of May is Margaret’s mother, Bunty Kelley Bernstein, a retired dancer and ballet instructor residing in the town of Garden City on Long Island, New York. Bunty’s professional career included years of dancing with the Sadlers Wells ( the Royal Ballet ) in London, England under the direction of Dame Ninette de Valois as well as assisiting and performing in many of choreographer Agnes de Mille's productions in the United States. Bunty also served on the Dance Faculty of Adelphi University in Garden City, New York and the Long Island High School for the Arts ( BOCES Cultural Arts ) in Syosset, New York. Widow of the late Harry Bernstein, former chairman and professor emeritus of Dance at Adelphi University, she is currently a Board Member of Azalea Blossom, Incorporated and a volunteer at the Cathedral Nursery School.

Helen Bernstein is a retired dancer and ballet instructor residing in Long Island. Her professional career ( under the name Bunty Kelley ) included years of dancing with the Sadlers Wells ( the Royal ) Ballet in London, England under the direction of Dame Ninette de Valois as well as performing in many of choreographer Agnes de Mille's productions in the United States. Mrs Bernstein also served on the Dance Faculty of Adelphi University in Garden City, New York and the Long Island High School for the Arts in Syosset, New York. She is currently a volunteer mentor with the Hempstead School district.

"I believe strongly in the SAFE through the Art program and its beneficial effects on young people, whether or not they have already experienced the effects of a domestically abusive relationship. My qualifications include a seventy-two year involvement in the Arts, approximately fifty of those years also being in education. As the Interim Secretary of Azalea Blossom Incorporated for the past year, I have been helping edit outgoing notices and newsletters in addition to researching prospective grants. I am happy to be continuing serving on the Board of Directors." 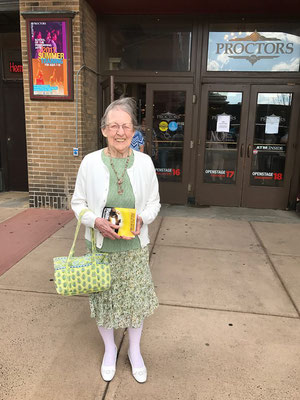 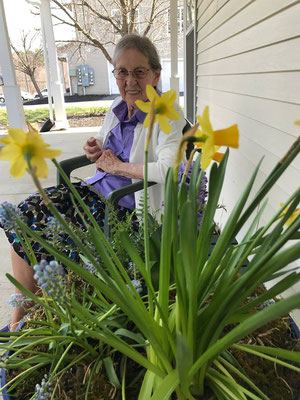 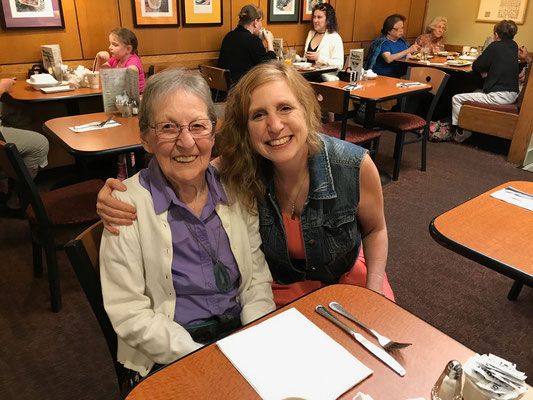 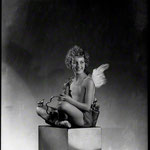 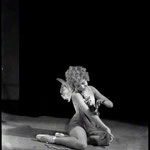 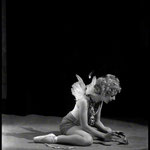 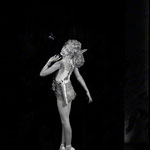 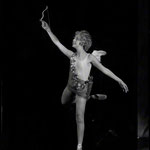 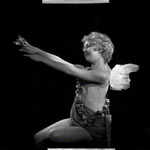 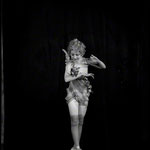 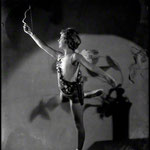 Click on the name above and visit her web page

The Agnes de Mille Dance Theatre toured the United States from 1953 to 1954 under the aegis of producer Sol Hurok. The company offered an overview of Agnes de Mille's choreography to that date, with the addition of Anna Sokolow's "Short Lecture & Demonstration on the Evolution of Ragtime" (set to music by Billy Taylor) and Danny Daniels's "Razamatazz" (set to music by Jelly Roll Morton). In addition to several of de Mille's early pieces, the company performed the Bloomer Girl waltz and ballets based on the original dances for Brigadoon (Ballad, later reworked as Bitter Weird) and Paint Your Wagon (Gold Rush, televised in 1958 with Gemze de Lappe, James Mitchell, and Sono Osato). There is no known visual record of the full repertory, although archival footage exists of Ballad and the finale, "Hell on Wheels--1863."

In 1974, de Mille revived the company as The Agnes de Mille Heritage Dance Theatre, in association with the University of North Carolina School of the Arts