Mabel was born in South Africa. She went overseas to study ballet and danced with the Pavlova Company.

Later, Mabel and Margaret Craske became business partners in a ballet studio at 26 West Street, off Cambridge Circus,London, where they taught the Cecchetti dance method. It's through Margaret that Mabel first heard of Meher Baba.

Mabel Ryan first met Meher Baba on the 19th September 1931 at the Devonshire retreat East Challacombe near Combe Martin,England. She and Margaret gave a dance performance for Baba.

On the 28th Sept.,  Baba visited their dance studio in London. 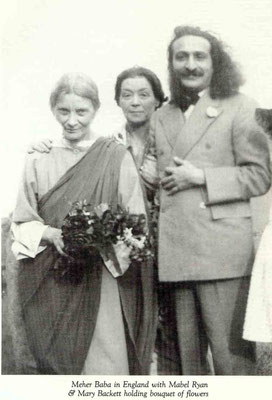 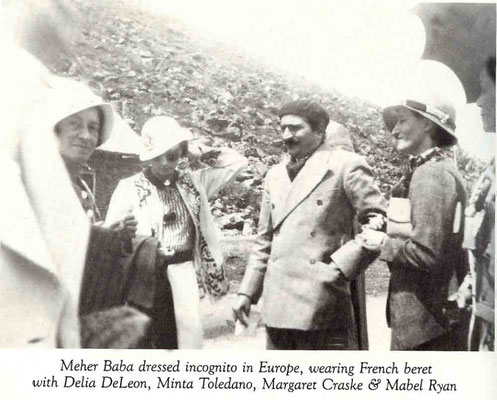 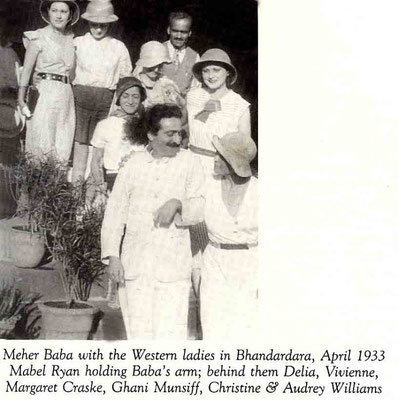 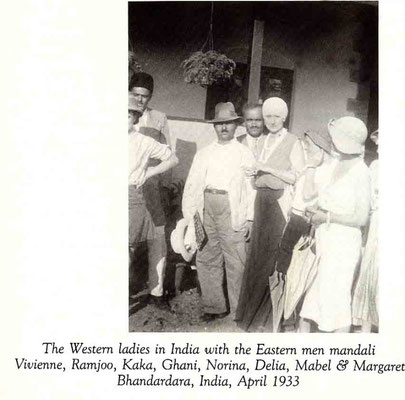 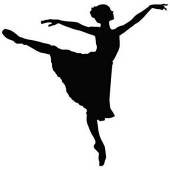 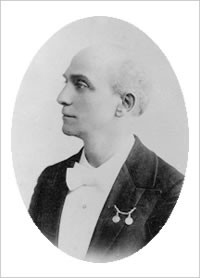 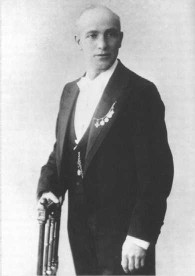 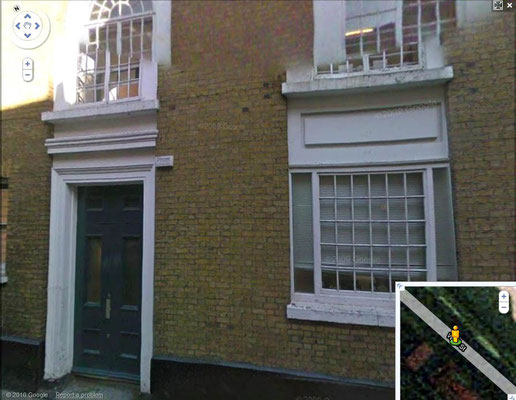 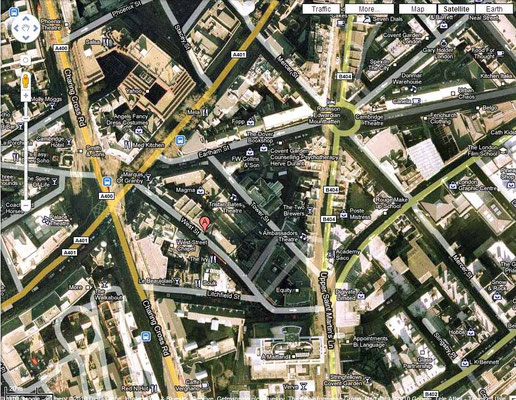 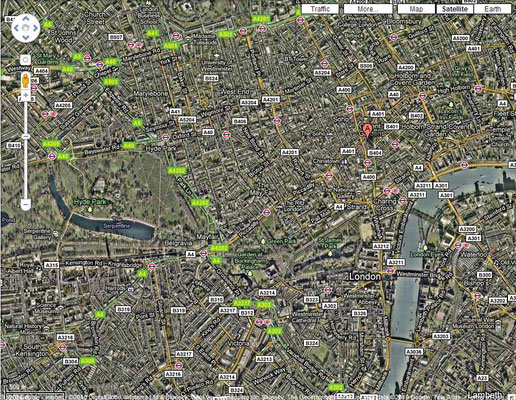 They were met at Dover on April 7th 1932 by Kitty Davy, her brother Ernest, and Quentin Tod. Baba suddenly changed his itinerary of continuing to London by train. The Paramount Film Company had arranged to film him at the Victoria station, but to elude them, Baba proceeded by car from Dover to London where he stayed at the Davys' house.

During the drive, Baba told Tod, "You have much work to do for me in the future." Tod immediately asked if he really meant it and how soon. Baba's reply reassured him, "Very soon."

Taking a break, they stopped at a tea shop along the way. Tod took the opportunity to explain to Baba that friction had arisen between Meredith Starr and others over his staying in London rather than the East Challacombe retreat exclusively. Baba was definite. He would stay at "32" for seven days and at Kim Tolhurst's for two days before going to the Devonshire retreat in East Challacombe on the 17th. They reached London at seven that night and went straight to Russell Road.

Souls were in longing as all the birds flew in.
Where there is the beauty and loveliness of the Beloved,
the wings of the soul appear and there are always birds!

After eleven days at sea, the Kaiser-i-Hind arrived in Marseilles on July 29th 1932. Baba was met by Kitty Davy and her brother Herbert, who had come from China via Russia. The next day, much to Quentin Tod's surprise, Baba arrived earlier than scheduled by train in Santa Margherita, located along the Italian Riviera coast. Between the towns of Santa Margherita and Paraggi, Tod had rented a separate villa for Baba and the mandali named Fiorenza, which Baba liked very much.

On Sunday, October 17th. 1936, Baba sent Donkin back to London with Jose Luis, Margaret, Mabel and Tom Sharpley. A point later observed was that after Jose Luis was sent away, the political situation in Spain calmed down and eventually most of the refugee children were returned home.

Mabel Ryan was very ill with cancer and spent most of her time in bed while in Cannes being nursed by Mary Backett. Baba would come to see her daily, knowing this was their last meeting. Donkin and Sharpley were instructed to return to London with Margaret to help take Mabel back. She expired five months later.

Baba returned to Meherabad the following day. Margaret Craske's cable arrived saying that Mabel Ryan had died in England. Baba held the cable in his hand after it was read out

and commented, "She has come to me. She is still here; where else can she go? Only you do not see her, for being without her coat and hat on, you do not recognize her." Baba used to call Mabel his "counselor," for he would often consult her while in Europe about his plans. He later wrote to the English group:

Be happy in the thought that Mabel is happy. She sees me all the time. She is near me and, in a very short time, she will be physically near me too. This has to be, for she is of my circle. None can realize how much I need those whom I have chosen for future work. You may feel you are struggling through Maya alone, but is this really so? Are you ever separated from me? Love knows no separation. I am nearer to you in the spot to which I have sent you than I would be if you were here and I had not asked you to be here. But struggle is good. Without it, how would Maya and illusion be defeated?

Mabel Ryan, a South African, was born in Cape Town. She went overseas to study ballet and danced with the Pavlova Company.

In the 1930s the Craske-Ryan School opened at 26 West Street, off Cambridge Circus, London, England. Both Margaret Craske and Mabel Ryan had been pupils of Cecchetti and were totally dedicated to his method and memory. The school became the world centre for the Cecchetti Method.

Many famous dancers of the time, performing or residing in London attended the professional classes in the mornings that were taught by Margaret Craske, with Mabel Ryan often participating as a pupil. Miss Ryan taught the Intermediate and Elementary students, (now Adv. 1 & 2 or Inter. & Adv.) and the children's classes which were held twice a week.

The personalities of the two great teachers complemented each other perfectly - Craske was admired, respected and loved by her students but many of us have admitted that we were rather overawed by her. Mabel Ryan was more emotional and outwardly affectionate. Miss Ryan's corrections were frequently prefaced by "Maestro used to say…."

Though she expected hard work and improvement from her pupils, she knew when praise and encouragement were most needed and corrections were given with humour and kindness. One of her frequent remarks was "It is when I don't scream at you that you should worry," but she showed sincere interest and concern for all her pupils, and frequently gave extra help to those who needed it.

South Africa gained a direct link with Mabel Ryan through Eileen Keegan. According to Miss Keegan, who was one of her South African pupils, Mabel Ryan was a wonderful person who not only saw to her pupils dance education but also to their welfare, particularly those far from home. Affectation and insincerity were frowned upon, and she considered that festivals encouraged these undesirable qualities, particularly in children.

My first teaching experience was as her assistant in the children's classes and I shall never forget the tragic day that Miss Craske telephoned me to tell me that Mabel had died, and I must take the class on my own, and not to tell any of the other students. Her early death from cancer was a sad loss to ballet and particularly the Cecchetti method. Those of us who were privileged to be her pupils should be truly grateful to have known a great teacher and wonderful person.

Awards are held annually in her memory, in London since 1949, and expanded to include the Northern Awards in 1980. In South Africa, all Gr. V (Gr. VI) examination candidates who receive Honours (A) or Highly Commended (B) participate in the Mabel Ryan Award competition held in each of the main branches, Johannesburg, Cape Town and Durban and a winner is given the Mabel Ryan Award, which is a medal. In the smaller centres the examiner awards the Mabel Ryan medal on the strength of an outstanding examination. 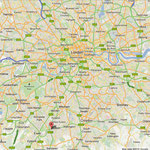 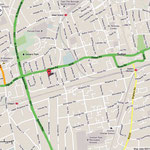 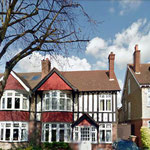 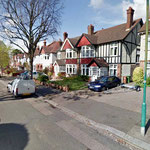