In September 1941, Adi K. Irani sent to Clair Aytoun a letter detailing that he had arranged a shipment of some 6,000 pamphlets of "Life-sketch and Messages of Shri Meher Baba "  to be sent to her home address at 52 George Street, East Melbourne,Victoria,  Australia via the ship S.S. Isabel Moller.

At this time Australia was at war.

Currently, there is no sample of this publication available. 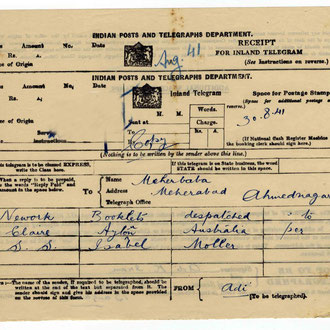 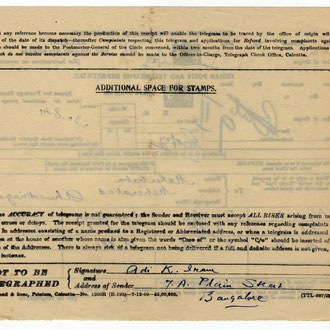 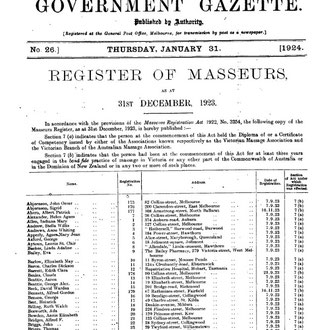 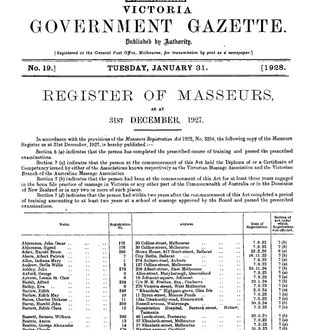 In September 1923, Clair was registered by the Victorian Government to operate as a masseur.

Her clinic was located at 18 Jolimont Square, Jolimont, which is located to the east of Melbourne city.

This location does not exist any more, it has been redeveloped.

During this time Francis Brabazon had also been approved by the Victorian Govt. to practice as a masseur as well, more than likely in the same premises as his parents bookshop in Gertrude St Fitzroy.

Did they know each other on a professional level is not known.

“Miss Aytoun is a Licentiate of the Imperial Society of Teachers of Dancing, Cecchetti Branch, and a member of the Association of Revised Greek Dancing. She has spent the last four years in strenuous study with Miss Margaret Craske, and when she returns to London early in the new -year she will face another year of advanced work. A daughter of a journalist well known in Victoria and WA, Mr. George Aytoun, who was one of the founders of the Australian Journalists’ Association, Miss Aytoun took up three other professions before turning to dancing, and not one of the things that they taught her has been wasted. After she left school she began kindergarten work, the she took up physical training and later massage. With all these things behind her, she is naturally interested in the remedial powers of ballet training, and she believes that the time will come when it will be widely used to correct defects of the body.”

The Australian Woman’s Weekly, Saturday 29 December, 1934, page 25 in Interested in a New Side of Ballet Work. 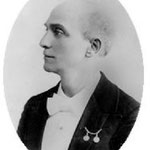 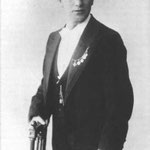 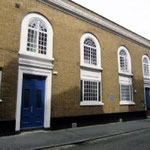 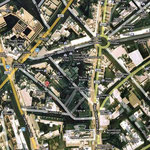 The birth of the Australian Cecchitti Society occurred through a series of coincidences, starting with the return home of Clair Aytoun to Victoria and of Wanda Edwards to South Australia. Both women had studied in London with Margaret Craske, the English pupil who had taken over Cecchetti's London studio on his return to Italy. Wishing to introduce Cecchetti examinations to Australia, Edwards was told that a former pupil of Cecchetti was dancing and teaching in Melbourne. That pupil was Lucie Saronova, an English dancer who, after a performing career that started at age 11, had settled in Australia with her musical director husband, Harry Jacobs. Edwards and Saronova met, and plans were made to set up a panel of examiners in the Cecchetti method.

By a stroke of fate, before any examinations were held, Molly Lake came to Australia at the end of 1934, with the Dandre Russian Ballet (on tour with another Cecchetti pupil--Olga Spessivtseva). While in Melbourne, Lake conducted the first Australian examinations by an international body.

The Australian committee was set up, with Saronova as honorary organiser and Edwards and Aytoun honorary secretary and treasurer respectively, and ratified by London. The next overseas examiner was Marie Rambert, followed by Peggy van Praagh in 1960, the latter becoming a patroness of the Australian branch.

After careful consideration the Cecchetti Council in London decided to appoint Australian examiners already certificated and trained in conducting examinations, for the children’s grades, and henceforth examinations will be held every year in this country. 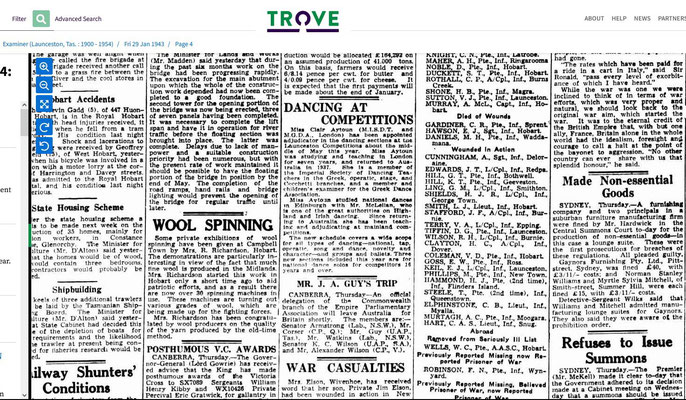 The ship was built in 1918 and was named the Warcuta for the British India S.N.Co. Total weight was 2,449 tons.

In 1925 the ship was purchased and renamed Loong Hwa. In 1928 she was renamed Isabel Moller.

In 1950, she was sold again to Turkey and renamed Eregli. In 1961 she was scrapped being stranded.