After May's mother's passing, she left her father and brothers in Sweden either before or  after WW2.

She arrived in Melbourne and soon came into contact with the local Sufi group who's local leader was Francis Brabazon.

In the late 1940s she moved to the property of Baron von Frankenburg who was head of the Australian Sufi order.  Francis too came and stayed there. May did home duties for the Baron and his wife.

When Baba came into that room (in the farmhouse) He pointed to the bunk and was told it was May's (May Lundquist). Then He pointed at the picture (she had) of Himself, and said how dear May was to Him and how much she loved Him... I do remember 100 percent clearly... the wonderful smile on Baba's face and His pleasure in May's love.

May also went to the Great Darshan in mid 1969.

She subsequently went many times to Amartithi at Meherabad, India. 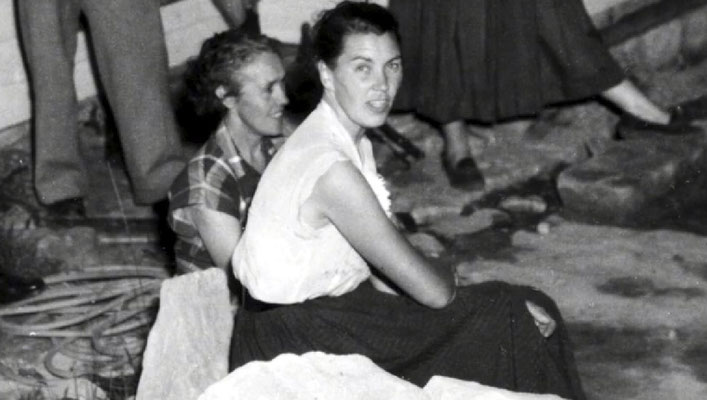 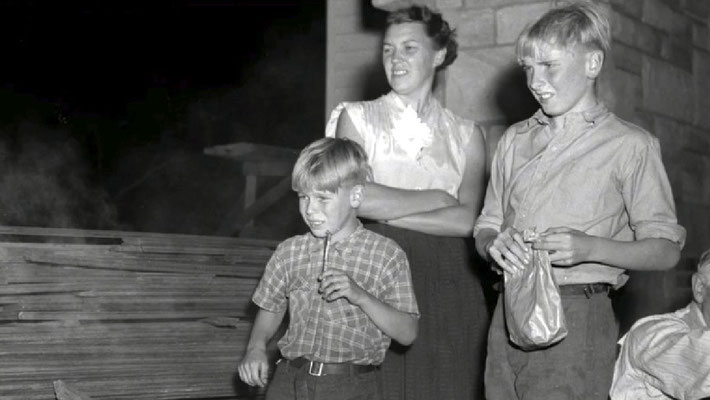 Raine Eastman-Gannett recalls that Meher Baba called May (Mae) her "My" joking about our Australian accent when saying her name.

May was the push behind this parade float ( see video below ) with a team of support, she was the most active early women following Baba, she was Swedish by birth but lived in Australia, she was a typist for a leading Queensland professor of psychology at St. Lucia University, Brisbane and many of our free sheets of paper for singing & plays at Avatar's Abode had strange psychological studies on the back ;~)etc
May would come to India with us every year in our group pilgrimages back to India. May also paid for Baba's picture and sayings on the back of Brisbane buses.( see below )
May Lundquist once asked Francis Brabazon to put lyrics to her lovely Swedish Folk Songs from her youth, they are popular Baba songs now. I have the collection in a separate book I have made.
May had meetings at her apartment in Brisbane and would come the hundred miles up to Avatar's Abode to be part of the artistic and work weekends with us all.
May also copied and distributed much of the family letters and communications from India as she had access at the University to roneo copying machine.
May Lundquist along with Lorna Rouse were the main typists for Francis' hand written poetry essay and books in Australia.
(I inherited her 1950s 'Zenanon' guitar and a lovely little carved wooden Balinese buddha ornament when she passed away).

Click on the buttons below to visit their respective web pages.

May was one of many local Meher Baba followers that contributed to this float event.

The float carried large photographs of Baba, and we handed out many leaflets afterwards.

The Warana Festival started in 1961 and later evolved into the Brisbane Festival. Warana means "Blue Skies". The Grand Parade of Waruna floats down the city-streets was a major event and the festival was a celebration of Spring and the city's cultural activities. The theme of the Warana Festival was "entertainment for the people, by t...he people". In 1968 Bill Le Page, May Lundquist, Reg Paffle, John Bruford and the Brisbane Baba Group sponsored and entered a Avatar Meher Baba Float in the Warana grand parade. The ute was owned and driven by Reg Paffle, The turning device for the rotating Baba sign was designed and built by John Bruford and turned manually by persons in the ute. May Lundquist and the Brisbane Baba group took months to make the flowers.

May wrote an article for the Indian publication Divya Vani for the Dec.1968 edition describing how the group in Queensland put together the float showing Meher Baba in the Warana Festival. 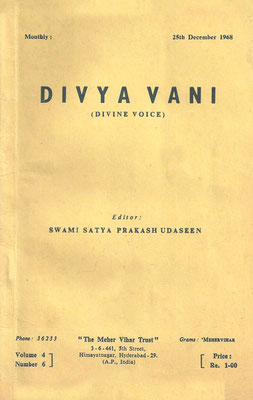 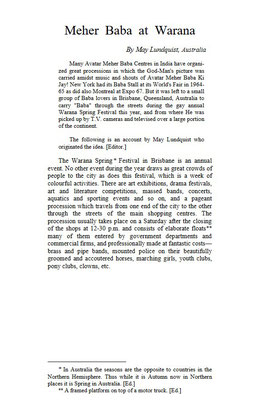 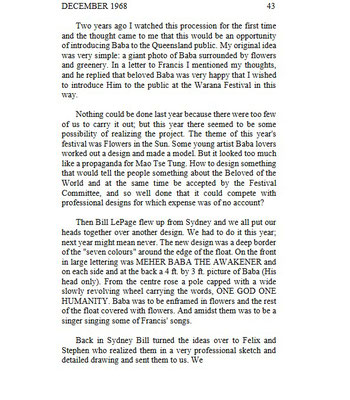 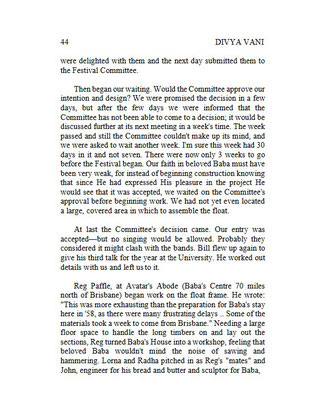 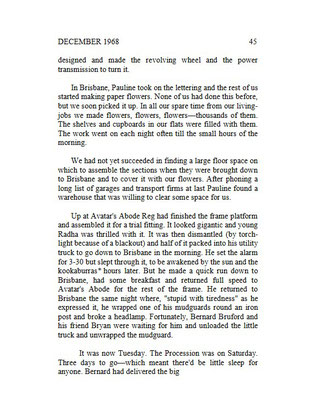 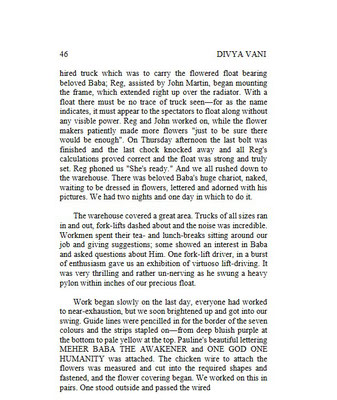 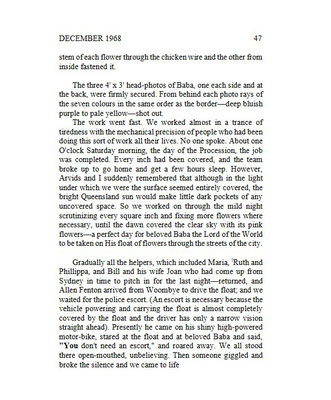 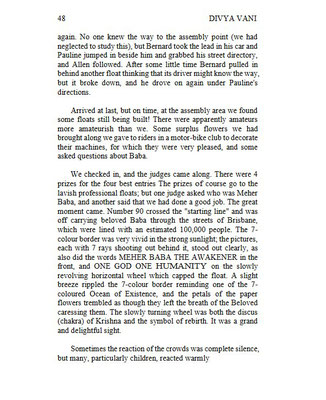 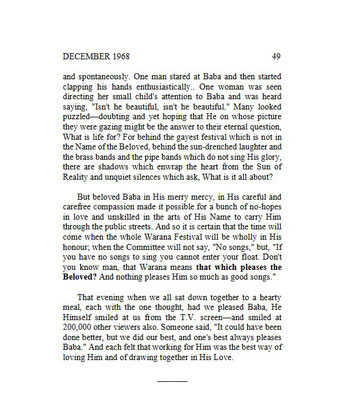