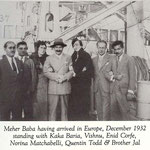 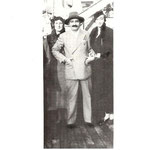 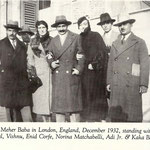 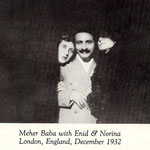 All of Meher Baba's early Western followers were independent souls, but Enid Corfe was without a doubt one of the most individual and independent of the lot.

Of English birth, she met Meher Baba early on, in the 1930s. She was at Nasik in 1937, she met him at Portofino and various other rendezvous. But the independence sometimes shocked her fellow Baba-followers. Once when Baba sent word for her to come to him in France, she sent back word tha she couldn't come because she had a date. It of course shocked her peers but I have no idea what Baba thought of it.

But she told me another story which has stuck with me and which I have found deeply moving. Enid was incarcerated in an Italian concentration camp for several years during World War II. Young and beautiful she drew the unwanted attentions of the camp commandant. One night he came to her room and demanded that she say "I love you." Enid turned to look at a picture of Meher Baba on a beside table and said, "I love you." Frustrated by her quick and clever response, the commandant gave up his pursuit and left her alone.

Enid lived for many years in the USA, in New Jersey, so I saw her on occasion, many times at the home of Fred and Ella Winterfeldt. We got to know each other a bit and when she retired and started traveling around the county in an RV, a friend and I who owned wooded property in the Berkshires of Massachusetts invited her to use the property anytime she liked and gave her a key to the gate. She did use it and once turned up when we were their for a weekend. I always enjoyed Enid's company.

Eventually, Enid moved back to England. I saw her the last time at the dedication of Pete Townshend's Oceanic., She was sitting in the front row at the opening program and I know she didn't recognize me as she was going blind. I leaned over to her and said "Enid, it's Ann Conlon" She jumped up from her chair and hugged me. In the next few days, we made a visit to the Tate Gallery together and spent one afternoon drinking gin in her hotel room and talking about Baba.

Eccentric as she was, I'm sure Enid loved Meher Baba deeply and I'm just as sure that He knew that and after all, that's what's important.

Enid worked for the Texaco Oil Company in Europe during the 1930s. 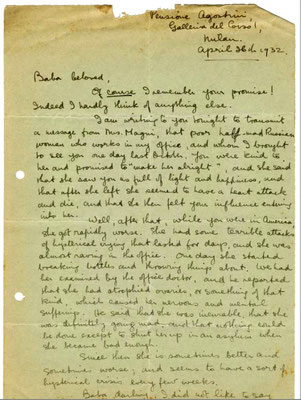 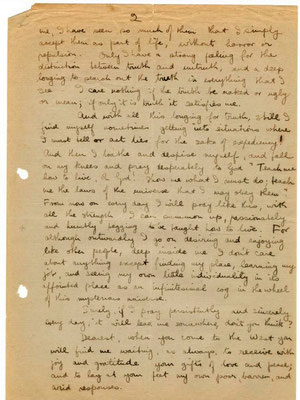 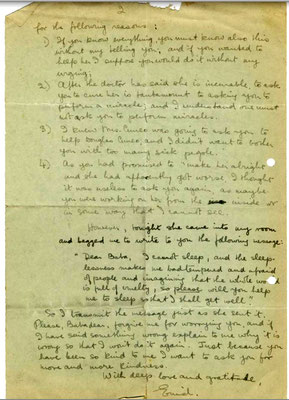 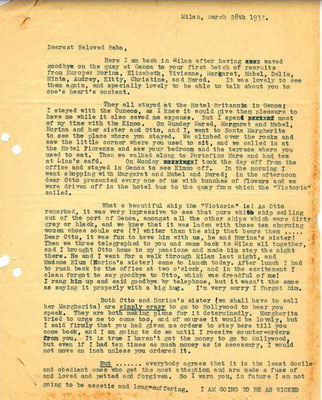 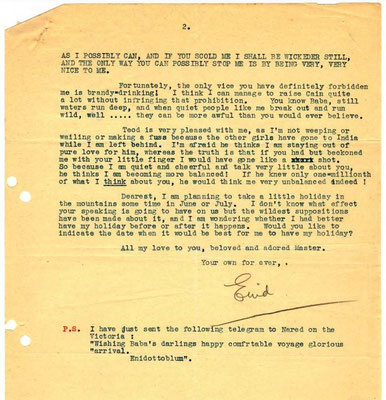 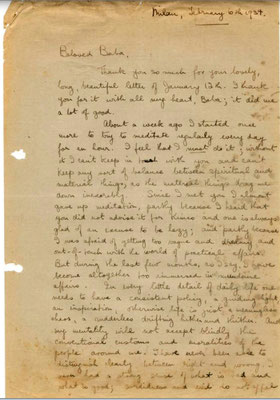 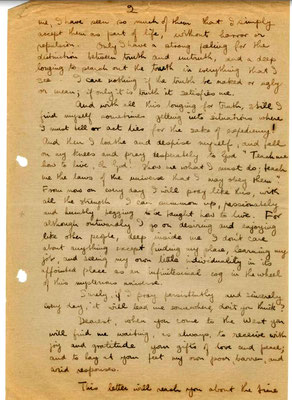 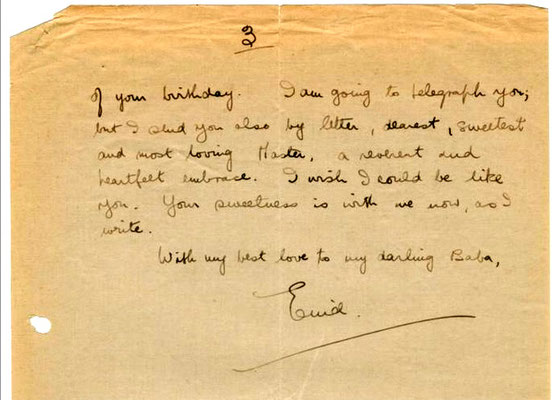 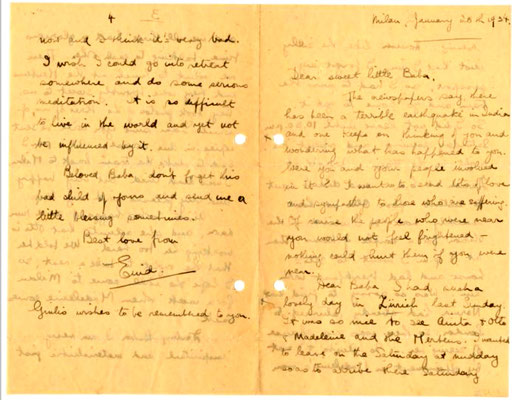 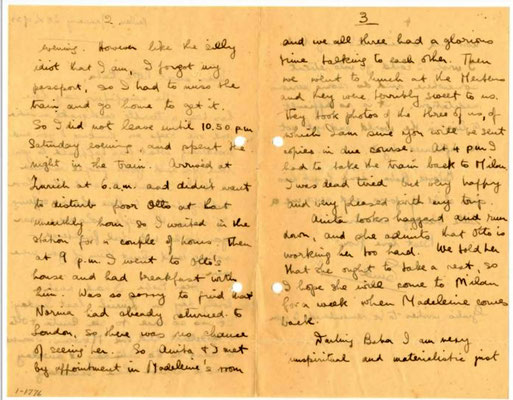 Work at Oceanic was far enough advanced for the opening date to be fixed for July 3rd to July 10th. Martin Cook and Dudley Edwards were finishing off their film on Fred Marks sponsored by Peter. John Annunziato had made a documentary of Kim Grajera in London and Anita Vieillard in Paris. Work was also being done by Ginney Katz, an American Baba lover and professional editor, on the East/West Gathering film. To accompany the Parvardigar song, she had put together specially selected shots of Baba from various films.

As Allan Cohen came for a short visit in May, Peter and John took the opportunity to make two documentaries with him. He also gave a talk at Eccleston Square.

Peter, with so much to do gave as much time as he could to `Delia,’ having promised me that it would be shown at the opening. This meant sometimes that he and John would work all night on it and other films. With the arrival of Kitty Davy in tune, the pace quickened.

With a sigh of relief, we went to the airport to meet Adi Sr. and Jack Small. Peter had prepared a full ten days' programme of music, drama, films and food. None of us who were present will ever forget that inspiring time full of Baba's love and presence. When Adi planted the tree in the grounds, one felt that something firm and lasting had taken place.

Kitty gave a very interesting talk telling of how Baba had kept so many busy with His film project, and read from Baba's personal letters giving instructions about it. Adi made a tremendous impact, and his talks and stories delighted us all. Cables came from America, the Mandali, Mani, and a pink coat of Baba's with a beautiful message from Mehera.

About 25 people who had met Baba came to Oceanic during this period. Among them were Anita Vieillard, Dara, Shireen, Freni, Kim Grajera, Fred Marks, Dorothy and Tom Hopkinson, Molly and Ann Eve, the Häfliger from Switzerland, Enid Corfe, Mrs. Hilde Thorpe, Mrs. Bird, Aminta Barton, Ann Conlon, and many others.

Many of us spent the Silence Day at Oceanic and it was broken by Adi at 12 p.m. in the Quiet Room that beautiful room which leads out to a balcony overlooking the Thames and Kew Gardens.