In 1923, she married James Terry Duce, an American geologist she met in South America, who later became an oil executive for the Arabian-American Oil Company. Six years later, their daughter, Charmian, was born. The Duces lived at times in New York, San Francisco, Washington, D.C.  and the Middle East. With her husband's involvement and wide influence in international business, she became a diplomatic hostess to heads of state, ambassadors and public figures in the United States and Europe.

Baba continued, "My work now is to be universal. The time is approaching when there will be a great upheaval, both material and spiritual. The whole world is to be topsy-turvy. There will be a climax. From November, my Fiery Life will take the greatest part in this upheaval. Therefore, my program, by God's will, is that I go to California safely on the 20th, and then come back and stay here for one month. I will not see anyone then. I will be free to chalk out the plan for this Center, which I want by God's grace to be a Universal Center."

Baba revealed his future plans: "Then I leave for England and Europe by July end, and leave for India in November. I will return here in July [1953] to stay for one year to work out the Center on the biggest scale. I know you can help me in that, and I would like you to work with me in constructing and planning four centers, which I want in this one Universal Center. So, I would like you to decide, and let me know if you would help me in this work."

"I do not know what my commitments are or will be, but I will do what I can," Terry Duce promised.

"That means try, and God will help you do that. I know what you want in life, and maybe something bigger may come to you from God. It is to be a huge Universal Center, and you can help."

"I will do all I can. What plans, ideas do you have?" Terry Duce asked.

Baba replied in detail: "I will come back on June 15th and stay for one month and see no one. I will see every inch of this place and chalk out the four centers within one, representing: service, renunciation, devotion and worldly life with love for God. In the service aspect will be a hospital, leper asylum and other such things. I have an estimate that it will cost for construction and maintenance ten million dollars.

"I am the poorest of the poor and the richest of the rich. I do not touch money since my silence. But if this is to be done honestly for humanity, it will need ten million dollars, and God will give it to me. That is why I said I will not need monetary help from you.

"This is going to be so big that someone like you should manage it as I want. I will need your help for plans and construction. So I said one year you will have to stay here and help. I have been very plain and frank with you as one of my own men. So, you decide."

One of those who met Baba for the first time was a lawyer from Washington, D.C., named Edward Foote (nicknamed "Ned"), age forty-seven. Ned had come to know of Baba through his wife, Dorothea, also forty-seven, who had learned about Baba in 1954 from Ivy Duce. Ivy's husband, Terry, and Ned were having a business meeting, and so the wives were talking until they finished. Dorothea had been looking for a Master since 1944 and was intrigued by what Ivy Duce told her of Baba. She had driven down to Myrtle Beach from Washington with Peggy and Andy Muir and eleven other Sufis. Ned was concerned about her involvement, but when she phoned him from the Center he consented to come down and meet Baba for himself. On entering the Lagoon Cabin, Ned looked straight into Baba's eyes and instantly knew who he was. Baba put a nut into his mouth as prasad.

IVY DUCE  was in Saudi Arabia with her husband, Terry, [who worked for ARAMCO Oil Company] and had written in advance for permission to see Baba. 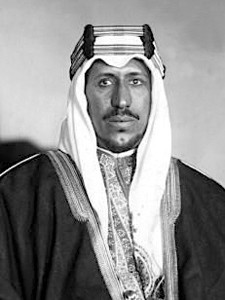 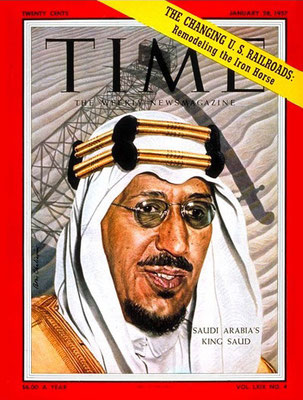 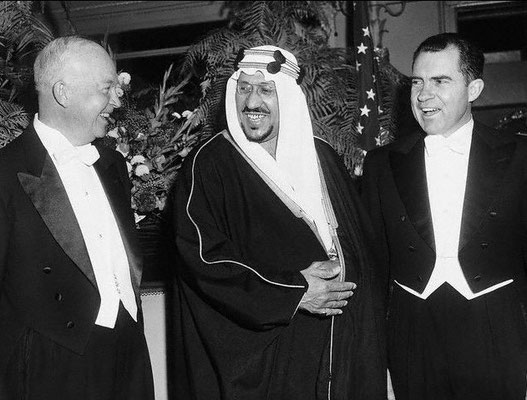 Ivy Duce's husband, Terry, died on August 15th, and Baba sent this telegram to console her: "Blessed is Terry, for he has come to me."

The Nation Associates have submitted to President Truman and released to the public a secret report, written in Cairo last December by James Terry Duce, a vice president of the Arabian-American Oil Co, to W. F. Moore, the president of the company. If it is able to do so, the Administration is bound to refute the implication in this report that the foreign policy of this country is determined by the officers and major shareholders of oil companies and not by the Administration set up in Washington by the American electorate—or the Administration should give official sanction to this usurpation of the executive function.

It makes little sense to fight the poll tax, on the one hand, in order to extend the franchise, if, on the other hand, the vote of the American people has no affect on its foreign policy, if the Administration in Washington is a subsidiary of oil companies, and if the President of the United States is a captive of the international empire of oil.

When the United States voted partition of Palestine, the oil companies broke into hectic activity. The Nation, in its last issue, asserts that this activity has been a major obstacle in the way of implementing the will of the United Nations in Palestine, in the Arab states, in Washington, and at Lake Success.

The Arabian-American Oil Co. “undertook, first, to assure the Arab rulers and political leaders that they could count upon the active support of the oil companies and of the United States Government experts in their opposition to the Jewish State, and, second, to kill partition by advising the State Dept. of its dangers and reporting the views and proposals of the Arab leaders.”

The vice-president of the Arabian-American Oil informed last December the State Dept. from Egypt that “the red flag flies in Palestine along with the Star of David, and it is generally recognized that Jewish Palestine will be organized as a communistic state.”

The report of Mr. Duce contains a description of some of the maneuvers of the Arabian-American Oil Company in the field of foreign politics in opposition to the official policy of the United States of America. You may vote and elect a President and members of Congress, but foreign policy is not made by them; the State Department is only a wheel on the carriage of His Majesty Oil.

In the postwar years the company's activities in Saudi Arabia were booming: Production was 40 times its wartime low. Aramco's management recognized that if it were to continue to develop the Saudi concession, which was proving to be priceless in economic and strategic terms, it would have to work to bridge the natural but enormous cultural gaps between its expatriate, largely American, workers and their Saudi counterparts and hosts. In doing so, the company's new vice-president of public relations, Harold Thompson, was fortunate to be able to work with James Terry Duce and Thomas Barger, two executives who, although the term was not yet coined, were men of great cultural sensitivity. Their preference for cooperation and their deep respect for Saudi Arabia's heritage marked Aramco's philosophical break with an era of one-sided resource exploitation in the Middle East.