Baba met several other movie stars in Hollywood during his visit, including Boris Karloff, John Gilbert, Bruce Evans, Florence Vidor, Charles Farrell, Johnny Mack Brown and Cary Grant. Some of these actors and actresses met him later in the evening of June 1st, when Douglas Fairbanks and Mary Pickford invited Baba to Pickfair, their twenty-two-room mansion at 1143 Summit Drive, for a reception with a few others from the film industry. Marc Jones drove Baba, Meredith, Margaret, Priscilla and Tod to Beverly Hills at eight o'clock that night. The mandali followed in another car, along with Norina and Elizabeth. 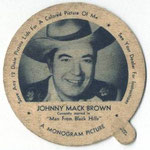 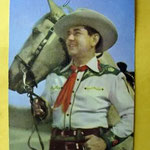 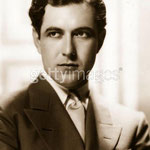 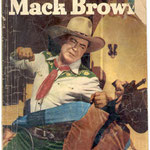 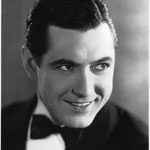 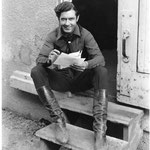 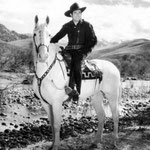 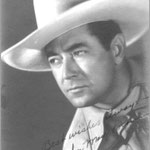 Born and raised in Dothan, Alabama, Brown was a star of the high school football team, earning a football scholarship to the University of Alabama. Playing the halfback position on his university's Crimson Tide football team, he earned the nickname "The Dothan Antelope" and helped his team to become the 1926 NCAA Division I-A national football champions. In that year's Rose Bowl Game, he earned Most Valuable Player honors after scoring two of his team's three touchdowns in an upset win over the heavily favored Washington Huskies.

His good looks and powerful physique saw him portrayed on Wheaties cereal boxes and in 1927, brought an offer for motion picture screen tests that resulted in a long and successful career in Hollywood. He played silent film star Mary Pickford's love interest in her first talkie, "Coquette", for which Pickford won an Oscar.

He appeared in minor roles until 1930 when he was cast as the star in a western movie entitled Billy the Kid and directed by King Vidor. An early widescreen film (along with Raoul Walsh's The Big Trail with John Wayne, produced the same year), the movie also features Wallace Beery as Pat Garrett. Brown was billed over Beery, who would become the studio's highest paid actor within the next three years. Also in 1930, Brown played Joan Crawford's love interest in Montana Moon. Brown went on to make several more top-flight movies under the name John Mack Brown, including The Secret Six (1931) with Wallace Beery, Jean Harlow, and Clark Gable, as well as the legendary Lost Generation celebration of alcohol, The Last Flight (1931), and was being groomed by MGM as a leading man until being abruptly replaced on a film in 1931, with all his scenes reshot substituting rising star Clark Gable in his place.

Rechristened Johnny Mack Brown in the wake of this extremely serious career downturn, he made exclusively low budget westerns and eventually became one of the screen's top B-movie cowboy stars, making 127 western films during his career, including Ride 'Em Cowboy with Abbott and Costello. Brown also starred in four serials for Universal Studios (Rustlers of Red Dog, Wild West Days, Flaming Frontiers and The Oregon Trail) and was a hero to millions of young children at movie theaters and on their television screens.

When the B-Western genre dropped sharply in box office popularity, Johnny Mack Brown went into retirement in 1953. He returned more than ten years later to appear in secondary roles in a few Western films. Altogether, Brown appeared in over 160 movies between 1927 and 1966, as well as a smattering of television shows, in a career spanning almost forty years.

In recognition of his contribution to the motion picture industry, Brown was given a star on the Hollywood Walk of Fame at 6101 Hollywood Blvd. In 1969, Brown was inducted into the Alabama Sports Hall of Fame.

Brown died in Woodland Hills, California of heart failure at the age of 70. Brown's cremated remains are interred in an outdoor Columbarium, in Glendale's Forest Lawn Memorial Park Cemetery.