Children : a son and daughter

Smiling, Baba gestured, "Malcolm has a good heart." Malcolm had brought two cars with him, one driven by Katherine (Cath) Gardner and the other by Lillian Wardall. They drove out of New York City forty miles north along the Hudson River to a small town called Croton-Harmon. There, arrangements had been made for Baba's stay. The group arrived at the house at five-thirty.

Shattuck came back to Hancock a second time to talk to them and the others, including Dane Rudhyar and Max Wardall, about Baba. It was then that Jean and Malcolm decided to visit the Devonshire retreat. But plans changed when they received a cable of Baba's imminent arrival. With the funds they had collected for their trip and with additional help from Watson, they instead made arrangements for Baba's stay at Harmon, writing to as many as three hundred and fifty people about Meher Baba's visit, inviting them to meet the Master.

SEVERAL PEOPLE were staying at the Harmon retreat. One couple was Max Wardall and his wife Lillian. Max had a deep inclination for the spiritual path and had read several books on Eastern thought. On one occasion, Baba explained to him: "There are four states on the path: first, faith; then renunciation and experience; fourth, regaining normal consciousness. The last state after Realization involves duty – work for the universe – as Christ, Buddha and Muhammad all had."

Max Wardall, who had formerly been associated with the Theosophists and had traveled throughout India with Krishnamurti, Annie Besant and Charles Leadbeater, asked Baba about Krishnamurti. Baba commented, "He is not as advanced as some think. He does good and will come to me one day. I will help him advance on the path."

During their initial meeting, Baba gently took Max Wardall's hand and pressed it for a while. He then asked how Max felt. "I feel that I am one with the universe," he responded. "I see my father and mother and all people I know in you! Everything is in you. Since your arrival, I feel so changed – so much better. Your presence is so comforting."

Max was born in in 1879 Iowa to Alonzo and Elizabeth Wardall. He attended high school in Topeka, Kansas. After graduation in 1898, he and his brother Ray toured the country on a tandem bicycle and gained a reputation as long-distance cyclists. During their tour they also sold a patented photographic appliance that would print 16 inch-square "stamp photos" on a page. From Topeka they cycled to the West Coast, and went by ship to Hawaii, Samoa, Fiji, Australia, and New Zealand, making money all the way. They established 18 photo galleries in Australia and New Zealand, with over 100 employees, earning over $20,000. After Australia, they rode through Europe, including England, Germany, Austria, Belgium, France, and Switzerland. In September, 1901, the brothers returned to Seattle and entered the State University of Washington to earn law degrees in 1903. They established a law practice together. Max was on the city council for 6 years and was temporarily mayor for three weeks, which was enough time for him to clean up some corruption in the police department. At some point most of the family became theosophists.

Max married Marie Carter of Jersey City, NJ, and they had a son in 1903 and a daughter in 1906. He was a Mason, a Justice of the Peace, and served on a civic committee. In 1918 he became a lieutenant in the 13th Infantry, and later was known as Captain. He was a national lecturer for the American Section of the Theosophical Society off and on for many years, and traveled with Annie Besant in  her 1927 tour and on other occasions in the US, Europe, and India. Max was evidently a riveting speaker, and was among the first Theosophists to speak on the radio. In 1925 he gave a talk called "Thought Radio" at an Iowa station that was very well received. He wrote many theosophical articles and books, and became the International Secretary of the Theosophical Order of Service

In 1925, the TOS became the International Theosophical Order of Service (ITOS) and produced a Journal, Service, edited by Arthur Burgess.

In 1925, he wrote, “To arouse the desire for Service, to indicate and provide paths of Service, to keep alive in those treading its paths the true spirit of Service – these are the three objects which may be said to represent roughly the goal towards which every Secretary is striving.”

Arthur Burgess passed away in July 1926 and was succeeded by Ralph Thomson who had to resign from his position due to ill health. Thompson was succeeded by Max Wardall who set out to restructure the TOS. Wardall wrote: “There are no important or unimportant posts in the Theosophical life. The humblest server in far off lands is indispensable to the unity of the whole, but if he does not realize that unity he loses in part his inspiration.” He emphasized international work and activity in several countries, including Brazil. In June 1931, Max fell ill due to exhaustion and his activities were curtailed. On September 20, 1933, Dr Besant passed away and in December of the same year Robert Spurrier succeeded Max Wardall.

Max and his present wife Lillian were friends with Catharine Gardner, Alice Green as they travelled together with other Theosophists from India during this period, and they all knew Malcolm Schloss from his North Node Bookshop in N.Y. They were all part of the New Life Project started by Jean and Malcolm, whom they had invited to a meeting at the Boston Theosophists Lodge.  Cath,  Alice, her husband Chester, Watson, Mayer, Milo, all lived in Boston in 1931 and were all at the meeting in May. Richard Mayer was the first one to mention Meher Baba to the Schloss at the bookshop in N.Y.  Most of them formed the first group, known as “the family” to meet and work for Meher Baba at Harmon Meherashram. They lived there while Baba was there and stayed on afterwards to help in his work.

Max and Lillian met Baba at the dock when he arrived and drove one of the cars to Harmon, Boston, NY during this period when multiple cars were used to take Baba around to the various places he visited during this month. 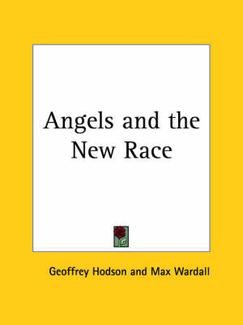 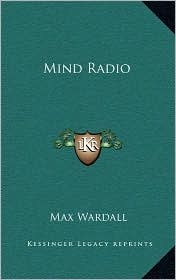 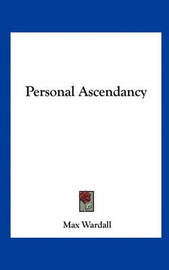 In February, March, april and May of 1918 he and his brother Ray wrote articles for the American publication called "Esoteric Christianity"

He followed with another article in January 1928 called "A Prayer".