NEW YORK was unlike any other city Baba had been to and it intrigued him. On Sunday, November 15th, Baba was driven to Manhattan concerning travel documents for his return to Europe and India. Afterward, he met with several new people at the home of Dr. and Mrs. Frederick B. Robinson. He then went to stay at the Phelps Stokes' residence at 88 Grove Street for two days. Among those he saw in New York were Milo Shattuck and Julian Lamar again, and Anita and her mother Jacqueline de Caro, a strict Catholic who nonetheless felt something special when she saw Baba in person. 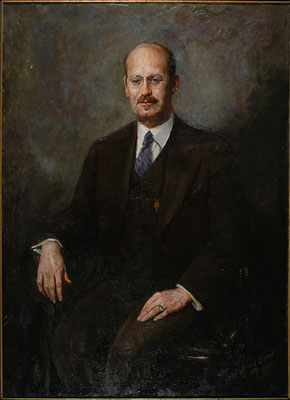 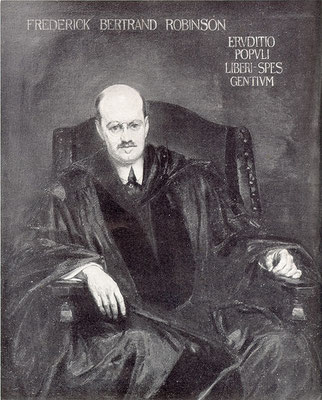 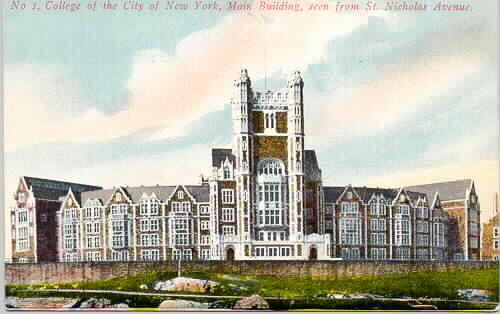 Frederick Bertrand Robinson was the first graduate of the College (class of 1904) and former faculty member to become the President. He had earned a doctorate from New York University and displayed artistic flair by playing the cello, etching, and sculpting.

His 1927 inauguration ceremony in Lewisohn Stadium included a platform party of 250 people, a huge academic procession, and the attendance of the entire student body. Under his presidency, the School of Business Building opened which replaced the original Renwick-designed edifice at Lexington Avenue and 23rd Street.

There were numerous student protests and demonstrations against Fascism in Europe, the Depression conditions in America, and protests indeed against his harsh way of dealing with the protesters, some of whom were suspended or expelled. He resigned from the presidency in 1938.

explanation, by Dr. Frederick B. Robinson, president of New York City College, of some of us sensationalists:

"Professors have not scored so well in making good appearances from the publicity standpoint,' Dr. Robinson said. 'Living sheltered lives,' he added, 'they yearn for public notice and sometimes get it at the expense of their college. Surely a great New England institution was not elevated in public esteem when one of its professors of﻿ English engaged in a series of publicity-stunts, the first of which was to give solemn advice to young men to be snobs."

“No college tried harder than the City College of New York to suppress student protest. CCNY’s President Frederick B. Robinson and his subordinates violated student free speech rights more often than any other college administration in Depression America. From 1931 to 1934 Robinson’s anti-radical campaign resulted in the expulsion of 43 CCNY students, the suspension of 38, and the hauling of hundreds of undergraduates before campus disciplinary boards, inquiring into their political associations, beliefs, and protest activities. In this same period, every student radical organization and publication was at one point or another banned from the CCNY campus.”


"My suggestion is that some legal provision should be made defining subversive organized activities introduced into high schools and colleges against the wishes of those charged with the administration of their affairs as criminal and liable to punishment.”
﻿
-- Frederick B. Robinson
Quoted in the New York Journal and American, November 16, 1934.

Calculagraph is a time keeper that measures and records start and stop times while also calculating elapsed time. It was revolutionary in its time, preventing manual calculation errors.[1] it was used as a timer type device used by toll operators to record time billing long distance calls to customers.