In reply, Baba spelled out, "I am infinite bliss, yet I feel compassion for all who suffer and help them through my knowledge and power. Thus, my mercy is my suffering."

Maliya Rudhyar, the astrologer Dane Rudhyar's wife, was touring India and came to Nasik on March 31st. The Rudhyars had met Baba in Boston in 1931 and again in Hollywood in 1932. During Maliya's meeting, Baba stated to her, "Bravery and strength overcome all difficulties. Be firm, do not despair and keep longing."

"It is there in you. You are the infinite universe, but you must discover it and find that out. I will help you – always."

"Places and physical conditions do not matter where longing and determination are deep and strong. It is not a question of patient, endless walking. It matters how and where you walk – in which direction. You may walk and walk for years, but if it is in the wrong direction it is a waste of energy and time. If you go further away, of course you do come back when the time comes, but it is such a long process."

Maliya was invited to stay in the Nasik ashram and she did for a few weeks and then returned to America.

At the time she was the secretary of the short-story ﻿writer, novelist and somewhat of a precursor to the "New Age" movement, Will Levington Comfort.

*Original incorrect spelling in Awakener for Mrs. Rudhyar was corrected by her daughter from Malyia to Maliya; also correct in Lord Meher online-webmaster, 2009-JK 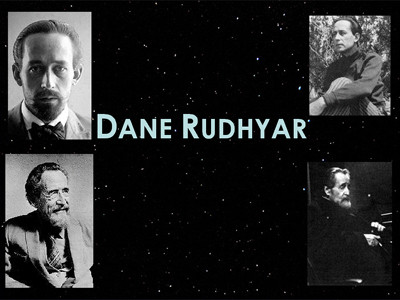 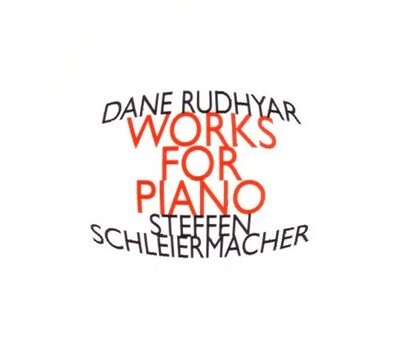 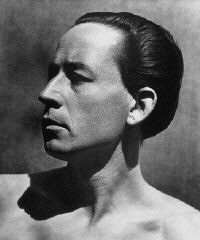 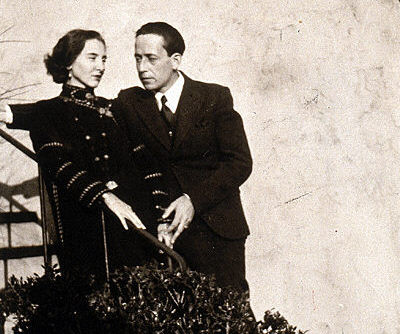 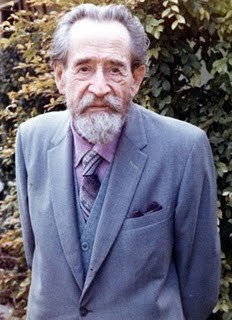 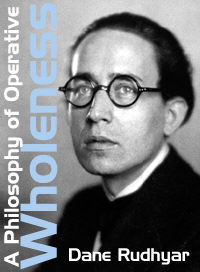 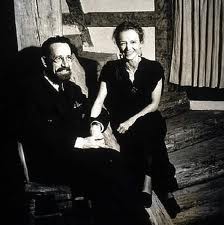 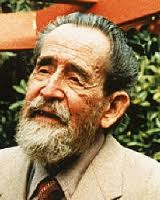 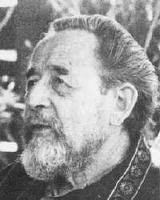 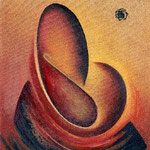 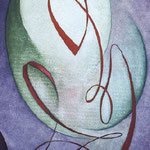 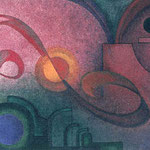 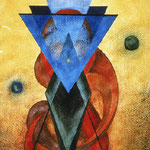 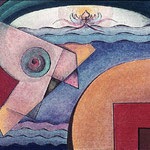 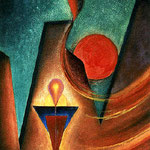 Dane Rudhyar (March 23, 1895, in Paris – September 13, 1985, in San Francisco), born Daniel Chennevière, was an author, modernist composer and humanistic astrologer. He was the pioneer of modern transpersonal astrology.

Dane Rudhyar was born in Paris, on March 23, 1895. At age 12 a severe illness and surgery disabled him and he turned to music and intellectual development to compensate for his lack of physical agility. He studied at the Sorbonne, University of Paris (graduating at age 16) and at the Paris Conservatoire. His early ventures into philosophy and association with the artistic community in Paris led to his conviction that all existence is cyclical in character.

His music led him to New York City in 1916, where he composed some of the first polytonal music performed in the United States. He also met Sasaki Roshi, one of the early Japanese Zen teachers in America, who led him in the study of Oriental philosophy and occultism. His interest was further stimulated by his association with Theosophy, which began when he was asked to compose music for a production at the society's headquarters in Los Angeles in 1920. Rudhyar became a naturalized citizen of the United States in 1926. He stayed in California (often commuting to New York) through the 1920s and in 1930 married Marla Contento, secretary to independent Theosophist Will Levington Comfort. Comfort introduced Rudhyar to Marc Edmund Jones, who in turn introduced him to astrology.

Rudhyar learned astrology during a period when he was also studying the psychological writings of Carl G. Jung, and he began to think in terms of bringing astrology and Jungian psychology together. The marriage overcame some basic problems of astrology, including its deterministic approach to life and the trouble of designating an agreeable agent to produce the astrological effects. Rudhyar postulated that the stars did not cause the effects seen in human life but were pictures synchronistically aligned to human beings. They detailed psychological forces working in individuals, but did not override human freedom in responding to those forces, he said. At first he called his new interpretation "harmonic astrology" and as the ideas matured renamed it "humanistic astrology," the subject of his monumental volume, The Astrology of Personality, published in 1936. A friend, Theosophist Alice A. Bailey (the person who invented the term New Age), encouraged the development of his thought and published his book on her press, Lucis Publishing.

Over the next two decades Rudhyar continued to write and lecture on astrology, but while he was honored within the astrological community he was little known outside of it. It was not until the 1970s, as the New Age movement emerged, that major publishing houses discovered him and began to publish his writings: among the first was The Practice of Astrology, published in 1970 by Penguin Books.

In 1969 Rudhyar founded the International Committee for Humanistic Astrology, a small professional society that would work on the development of his perspective. He began one of the most fruitful periods of his life, turning out several books a year for the next decade. He began to absorb the insights of transpersonal astrology, which concentrated on exploring altered and exalted states of perception, and by the mid-1970s had moved beyond humanistic astrology to what he termed "transpersonal astrology." He also began to reflect upon the New Age movement and wrote several of the more sophisticated volumes on planetary consciousness and New Age philosophy.[1]

Most of Rudhyar's more than forty books and hundreds of articles concern astrology and spirituality. The book that established his reputation in the astrological field was his first on the subject, The Astrology of Personality (1936). Arguing that astrology is not essentially predictive but rather productive of intuitive insights, this has proven to be one of the most influential tracts of "free-will" astrology, despite being written in the dense, circuitous style that characterizes much of Rudhyar's writing.

Rudhyar's astrological works were influential in the New Age movement of the 1960s and 1970s, especially among the hippies of San Francisco, where he lived and gave frequent lectures. Rudhyar regarded the hippies as potential harbingers of a New Age, noting with reservations the use of psychedelics as providing a gateway to the transcendental: “Following the 1954 publication of Aldous Huxley’s Doors of Perception, increased interest in LSD and other psychedelic drugs led to experimentation by Timothy Leary and his pioneering New England group. The publicity resulting from this work led to widespread use of the drug by young people fascinated by its powerful effects, until “acid” was declared illegal in October 1966. In 1967 the psychedelic scene reached its peak in the…Summer of Love in San Francisco.” [2] Most notably, Dane Rudhyar predicted in 1972 that the Age of Aquarius would begin in AD 2062.[3]

When Cosmic Love Awakens - A Transpersonal Love Story, by Dane Rudhyar was written and published in 1952. Story synopsis: There was a conjunction of Venus and Mars on Valentine's Day 1951. On that day two men and a woman who worked at a New York City science fiction magazine office met a Mr. Ramar, who showed them how to travel to the planets within. When Cosmic Love Awakens:

Rania - An Epic Narrative, by Dane Rudhyar, was written in 1930 and first published in 1973. Story synopsis: It is the intense and dramatic story of the evolution of a woman's soul. Rania's tortuous search for spiritual growth sustains her in her final battle with the Powers of Darkness. Rania:

Return from No Return (subtitled 'A Paraphysical Novel'), by Dane Rudhyar, was also first published in 1973. Story synopsis: Set in a 22nd- century Earth with a unified world government intent on peaceful space exploration, a poetic astronaut agrees to undertake a physically perilous mission to travel beyond an outer-region threshold that has disintegrated all previous explorers. He intends to report back to Earth (to his wife on Earth) via telepathic communication methods that they have spent time scientifically preparing. As the book jacket says: "...Return from No Return weaves the drama of a global crisis, an intense love story, and profound esoteric truths into a powerful and suspenseful novel." [4]

Writings on music and musical compositions

Rudhyar's own compositions tend to employ dissonant harmony, emphatically not of a systematic variety such as Charles Seeger's—Rudhyar was philosophically opposed to such a rigid approach. His musical thought was influenced by Henri Bergson and theosophy, and he viewed composers as mediums, writing that "the new composer" was "no longer a 'composer,' but an evoker, a magician. His material is his musical instrument, a living thing, a mysterious entity endowed with vital laws of its own, sneering at formulas, fearfully alive." Rudhyar's most distinctive music is for piano, including his Tetragram (1920–67) and Pentagram (1924–26) series, Syntony (1919–24, rev. 1967), and Granites (1929). His works are almost all composed of brief movements—he felt that length and its attendant structural demands led to abstraction and away from the sensuous physicality of sound. He influenced several early-twentieth-century composers including Ruth Crawford and Carl Ruggles, members of the group centered around Henry Cowell known as the "ultra-modernists." Cowell paid homage to him with a solo piano piece, A Rudhyar (1924).

Late in his life, Rudhyar's musical work was rediscovered by the composers James Tenney and Peter Garland, who declared that Rudhyar's "best works occurred in the 1920s and...1970s!!!"