Theosophist , publisher and authorized translator of Rudolph Steiner works from the German.

There is no known image of Max Gysi

The following letters are courtesy of the Avatar Meher Baba Archives in India. 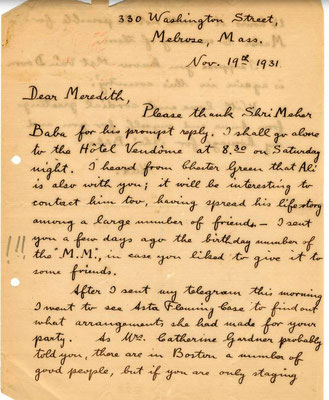 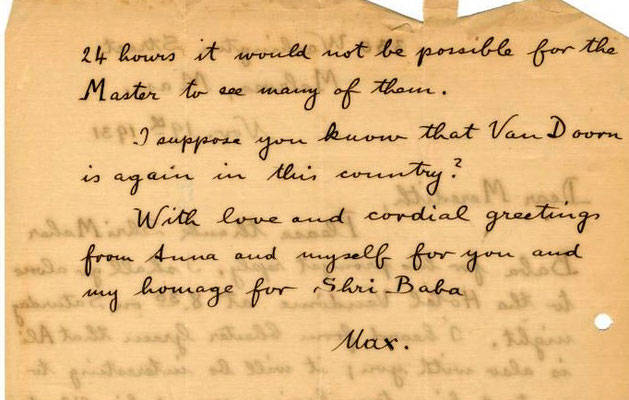 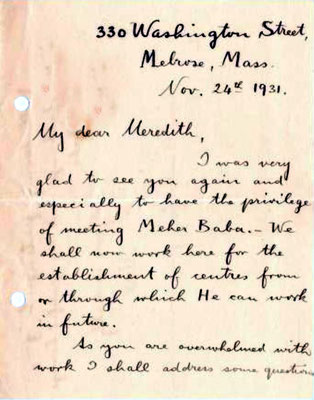 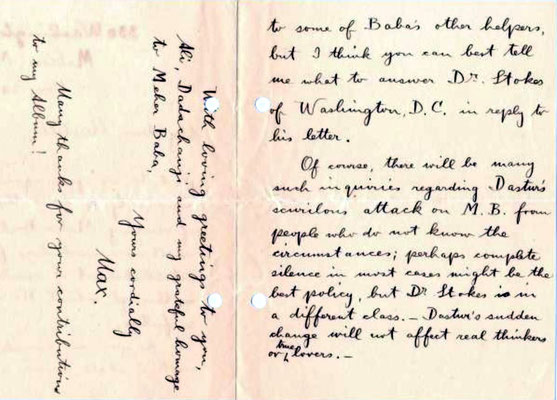 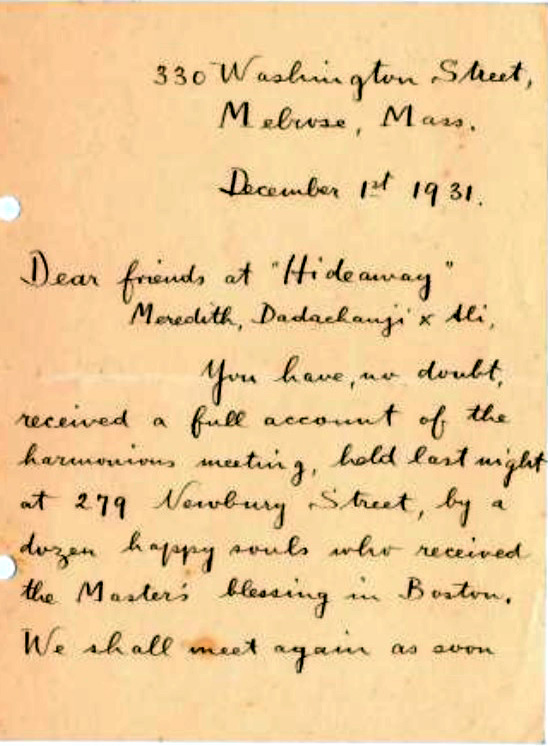 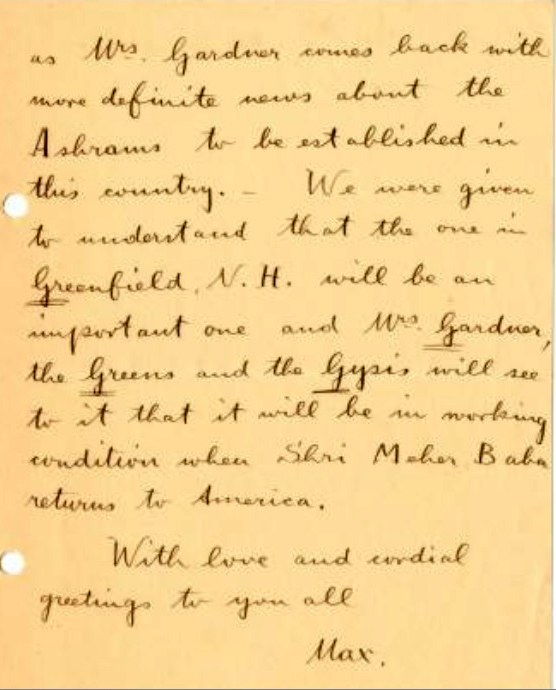 It was mid September 1900 when Steiner, at age 39, was asked to give a lecture in the home of Count and Countess von Brockdorff in Berlin about the recently deceased Nietzsche. In addendum 7 the sequence of events relating to Steiner’s joining the theosophical movement is explained in more detail, whereas here emphasis is given to the relation between Steiner and other theosophists.Steiner became a member of the theosophical movement on January11, 1902. On January 17 he was designated President of the Berlin lodge and on October 20 he became General Secretary for Germany and joined the Esoteric School. It was Steiner’s intention to start a secret Rosicrucian circle. Klatt writes about this: “He [Steiner] introduced the occult schooling of the Rosicrucians in the German branch of the Theosophical Society and with that laid the foundation for the split of 1912/13. However, Hübbe Schleiden already knew of Steiner’s special interest in the Rosicrucians before his function as General Secretary of the German branch, as his letter of August 14, 1902, indicates. By comments from Hübbe Schleiden to Deinhard, it is evident that Steiner also talked privately about establishing an internal, secret circle of Rosicrucians after the example of the German branch. Hübbe Schleiden refers to this in a letter (October 15, 1903) to Deinhard: to speak and set forth they, “That have to be only discerning and highly educated people - a silent circle of ‘Rosicrucians,’ outwardly unknown, without being recognized, to work generally beneficially and casting seeds.”141 Many members often complained of Steiner’s suppression of his authorities,because this was not common practice among theosophists. For example, Max Gysi writes on September 14, 1904, to Hübbe Schleiden: “Can you tell me on which secret tradition Steiner bases his notes in the last three numbers of his Luzifer-Gnosis about ‘How does one acquire consciousness on higher regions?’”