On the afternoon of April 11th ( 1932 ), Baba went to the studio of sculptor Edward Merrett to have a sitting from 2 to 3 PM. This was the first time that Baba had permitted any sculptor to depict him. Merrett made some rough carvings and two days later, Baba was to return for a final sitting.

When Baba was sitting for the final session with the sculptor Edward Merrett on April 13th, a newspaper reporter came to watch and asked Baba :

" It is said that a woman is a drag on man in his attainment of divine grace. All the saints ...."

Baba interrupted, emphatically spelling out, " No !  A woman can play an important part in the development of divine grace. She is man's equal.  So long as she is true to herself, all will be well.  But once she surrenders to her surroundings, the function of marriage fails.  It is then you have divorces. "

" Then what about the vow of celibacy which the saints undertook ? " the reporter asked.

"It is unimportant.  Some men marry, others remain single ; but a man is not more backward spiritually because he has married.  A woman can inspire him by her love to know the Truth.  But she must develop love and not lust.  This is the key to happiness. "

The conversation was disturbing Edward Merrett's work, who interupted and said,  "Please look up, Baba. "

This abruptly stopped the interview from continuing. At that time, Merrett asked if he could make a plaster mold of Baba's right hand, to which Baba agreed.

Copies of the cast of Meher Baba's right hand made by Edward Merrett were later made and distributed among his lovers. The bust Merrett made of Baba was sent to India in the beginning of 1934 but later broke.

Cast of Baba's hand from the original 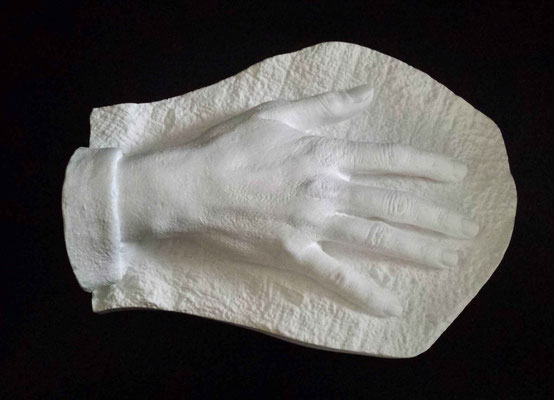 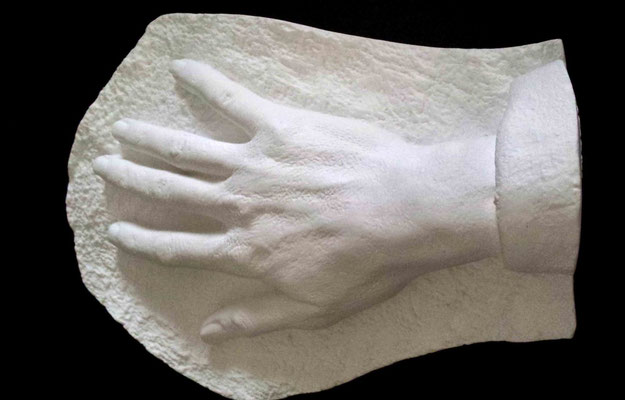 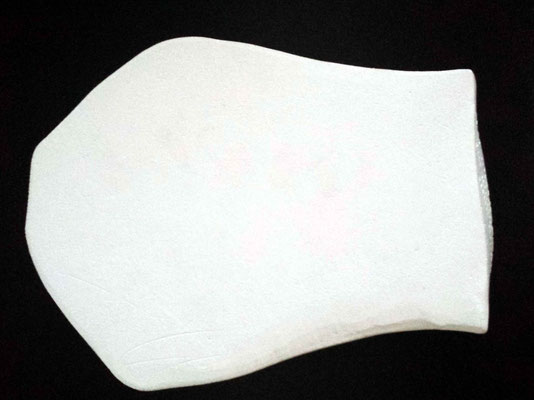 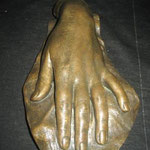 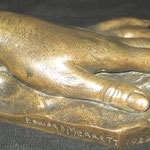 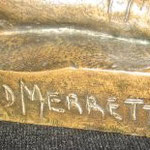 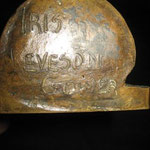 The above piece was also made in 1932. The hand belonged to Iris Leveson Gower.