On June 10th, Elizabeth Patterson's friend Mrs. Hutchins came with her sister to see Baba. Baba went for another drive in the afternoon through Honolulu to the Huimalu Hotel and later to view a large fish aquarium. In the evening, they went to the theater and saw Gladys George in the play, A Church Mouse. 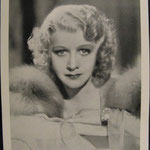 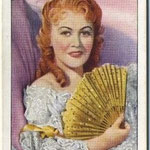 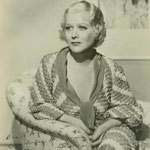 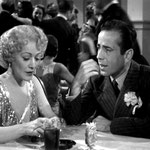 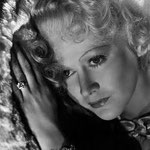 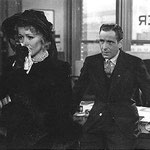 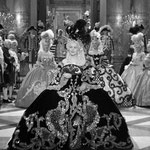 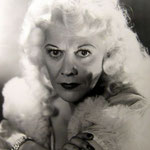 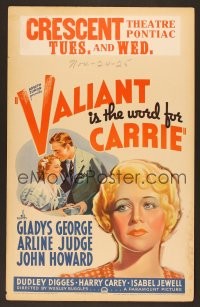 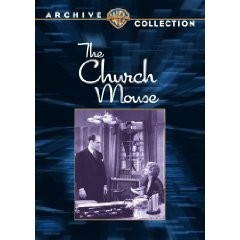 She was born as Gladys Clare Evans on September 13, 1904[1] in Patten, Maine (Another source says Hatton, Maine;[2] a third source says "Gladys was born in a little town in Missouri, where the troupe her parents belonged to happened to be stranded at the time.")[3] to English parents. Her father was Sir Arthur Clare, "noted Shakespearean actor."[2]

George went on the stage at the age of 3[3] and toured the United States, appearing with her parents. She starred on stage in the 1920s, although she had made several films in the early part of that decade. She starred in Personal Appearance, a comedy by Lawrence Riley. This role was reprised by Mae West in the classic film, Go West, Young Man, which West adapted from the play. In 1936 George was nominated for an Academy Award for Best Actress for Valiant Is the Word for Carrie.[4]

George's Broadway credits include The Distant City, Lady in Waiting, and The Betrothal.[5]

Her last successful roles were as Lute Mae Sanders in Flamingo Road, her brief appearance as the corrupt nurse Miss Hatch in Detective Story, and Lullaby of Broadway as the alcoholic mother of Doris Day's wholesome character.

George was afflicted with numerous ailments, including throat cancer, heart disease, and cirrhosis of the liver.[12] She died from a cerebral hemorrhage in 1954 in Los Angeles, California, aged 50, and was interred in the Valhalla Memorial Park Cemetery.