Two general receptions had been planned by Norina, but Baba permitted only one to be held, even though he was feeling unwell. It was at the Stokeses' home on the 13th.  Baba gave darshan to nearly 200 people. The upstairs library was used for the group to gather while Baba met each individual privately in a small room off to one side ( where Stokes meditated). People were instructed, "No questions and no talking," and then ushered in to be with Baba who was seated in a green sofa chair. A dim, soft red light illuminated the room. Age recorded, "No one had a chance to speak to Baba, but he spoke inwardly with them, which is the true spirituality. Of what use are words and interviews when one can have the Beloved's physical touch, which all received!"

One learned man who came was Dr. Frederick Kettner, 48, a well-known professor of philosophy and author who had previously met Baba at Harmon in 1931.  When ushered in to meet the Master, he felt Baba's presence so strongly he held his hand for several minutes while remaining dumbfounded.

He stared at Baba's eyes and face as if in a trance. He could not find words to express his feelings and could only blurt out, "Can I come with you to India?"

Baba spelled out to him to wait until called and indicated that, for certain, he would be called. Kettner was disappointed, but Baba spelled out, "Do not think of physically coming to me. Come spiritually."

They sat together quietly for some time, Kettner holding Baba's hand in his. Baba then spelled out, "Things that are real are given and received in silence." Tears came to the man's eyes and he could not stop their flow. 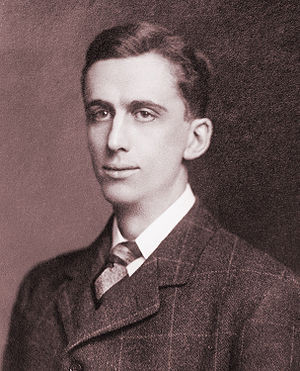 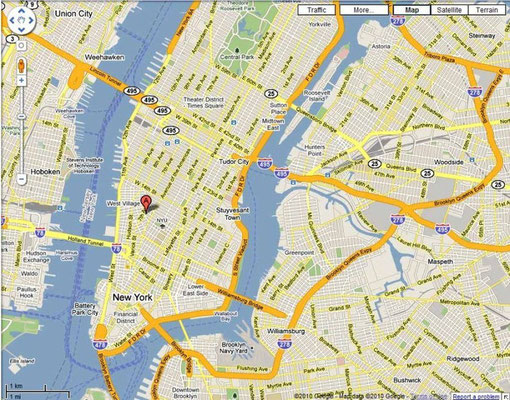 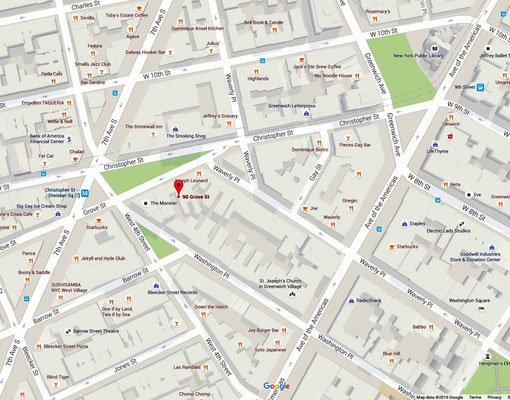 Friedrich Kettner, actually Friedrich Katz (born January 24, 1886 in or near Czernowitz, Austria-Hungary, † March 1957) was an Austrian-American teachers, philosophical author and poet. After his immigration to the United States, he called himself Frederick Kettner. The name was chosen Kettner him from Lotte Brunner, stepdaughter of the philosopher Constantin Brunner. Kettner plays a special role in the action history of philosophy Brunner. He is the founder of the so-called "ethics seminar" in Chernivtsi, a Lebensreform, practically and philosophically oriented seminar, at which the poetess Rose Auslander participated, and several philosophical institutions.

Youth and studies in Vienna and Czernowitz

Kettner studied in Vienna and received his doctorate in 1919 in Czernowitz, where he also worked as a teacher.

The "Ethical Seminar" in Chernivtsi
Constantin Brunner (1862-1937), whose philosophy played a central role in Kettners seminar.

As in the following years Kettner sent own philosophical work on Brunner, this reacted very negatively because of "emptiness" and "designated loser universality" of the essays. Also in 1915 sent to Brunner poems designated this as "rubbish". Thus Kettner turned in 1920 back to Brunner, after he had founded a year earlier in Chernivtsi an "Ethical Seminar", in which it in front of a group of young people held independent of state educational lectures and study groups instituted. The topics of the seminar were: Brunner, Spinoza, Plato and the Bible. This seminar Kettner pursued a life of practical interest, less theoretical: He tried Constantin Brunner Ideal community of so-called "spiritual" as a community of "intellectual Spinozists" practically to establish.

found especially in the intellectually oriented youth movement Hashomer Hatzair Jewish Kettner appeal. Positive for the interests impacted the post-war political situation, the anti-Semitic pogroms in Eastern Europe, which young Zionists shifted into a live practical search for meaning, and Kettners inspiring kind. Even the first meeting of the seminar was overcrowded. Brunner knew not Kettners lectures, the ethical Seminar rated but ambivalent, after he had already considered Kettners skills have long skeptical. However, the approach of the merger in order to serious work and individual support was Brunner good.

As Kettner intended to establish "nurseries" of the seminar, he received from Brunner no support because it was of the opinion that Kettner could not be effective in Western Europe.
1922 published Kettner a rezeptionistisches book Brunner entitled "About Constantin Brunner's work 'The hatred of the Jews and the Jews'", in which he came on Spinoza to language and thought, this has created the "Textbook of truth", which by the Jews must be internalized and acted upon to free themselves from anti-Semitism.

His own doctrine, which is based on Brunner and Spinoza, Kettner "biosophy" called. For this he enlisted both his students, as well as Brunner. According to the researchers Brunner Jürgen Stenzel is in this doctrine "a practical approach, through which access is to be implemented in the truth sustainable in the practice of life, than has been the case with Brunner." Accordingly rich on the "spiritual" thinking a "Integratio" beyond which the "ethicum" i.e. an ethical community, should bear a ethical thinking, new people. Kettner said his term paper, which builds up on the three pillars speech, cognition freedom and freedom of life, leads to the "Community of freedom".

The seminar was however soon in the disintegration and Kettner saw himself as a misunderstood genius. While some students soon personal contact with Brunner investigated and the study of Brunner and Spinoza continued intensively, others distanced both from Kettner and by Brunner and their students. A few still held at Kettner and enabled him to immigration in the United States.

In the United States began in 1923 Kettner quite sensational career as Spinozarezipient. He took over in New York City temporarily the Brunner group founded by Walter Bernard and Rose Auslander. Until 1926 Kettner still trying for his cause to win Brunner and be authorize by this, but in vain. So published Kettner, as previously threatened, a treatise against Brunner, a settlement with him and a presentation of his view of the events in the "Ethical Seminar". The pamphlet appeared in Vienna in 1929 under the title "The first Spinoza community or the anti-egoist An ethical drama -. And a sub-word Constantin Brunner".

In 1930 he published the magazine "Spinoza in America", which was called in 1932 "The Spinoza Quarterley" and since 1933 "The Biosophical Review".

In Buenos Aires, he founded the "Instituto Argentino Biosofico" in Chicago, the "Biosophical Institute" in New York, the "School for Peace Research Biosophical within Man", as well as some other institutes and the "Biosophy Press".

In 1932 he published his major work "Spinoza, the biosopher". This was followed by a few other books on personal and political peace. Among them were collections of poetry, for example, "Back to the Nameless One" (1934) or "Life and Spirit (biosophical poems)" (1948).

1939 Kettner met with other celebrities in a documentary on the topic Democracy and Peace, entitled "World Leaders on Peace and Democracy" on. [2] Besides Kettner were in the film Edvard Beneš, Nicholas Murray Butler, Arthur H. Compton, Albert Einstein, Cordell Hull, Harold L. Ickes, Thomas Mann, Robert A. Taft and Harold Urey represented. The film is produced by Lawrence Dorfman, president of the "American Institute of Motion Pictures". 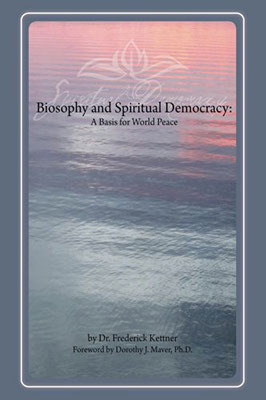 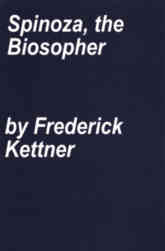 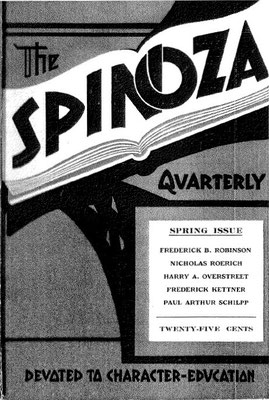