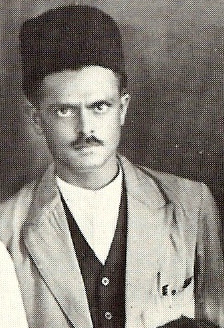 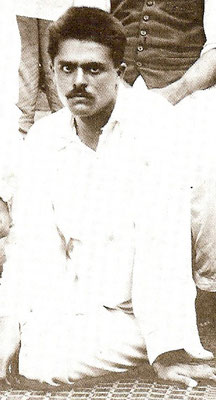 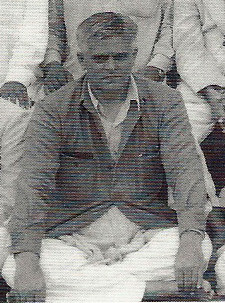 Ramjoo's wife - Khatija , her sister ; Amina was married to Abdulla Haroon Jaffer. They had a son - Zakaria 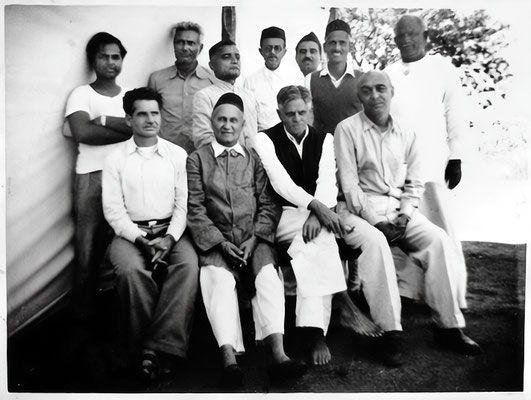 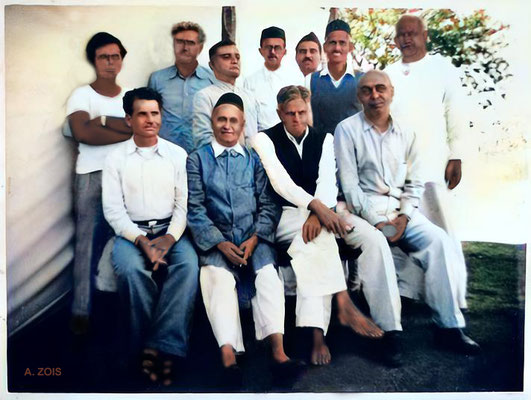 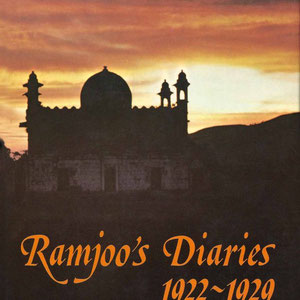 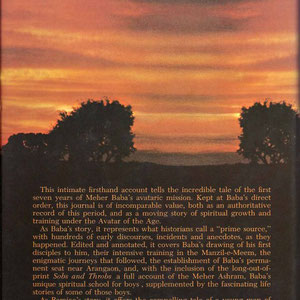 'My very dear Ramjoo has come to me to rest eternally in me.'

MEHER BABA IN THE GREAT SECLUSION

This week's offering on Heart Talk are two hastily written notes from Baba — one to Dr. Ghani and one to Ramjoo, dated 18 February 1924. Apart from commiserating with Ramjoo's concerning his unbearable skin condition, Baba is calling them both to Bombay to meet Him before he leaves with eight men on His first trip to Persia on 22nd  February 1924.

OR SOME SPIRITUAL SIDELIGHTS

This week's Heart Talk posting was written by Baba at Khushru Quarters, Ahmednagar and is dated 13 September 1924. This was Adi and Rustom Irani's family home and is now known as Meher Nazar. It accommodates the Trust Office, the Ahmednagar Baba Centre and Bhauji Kalchuri and his family.

In the letter, Baba is giving Ghani directions about holding the sum of money reserved for building Babajan's tomb after she drops her body and is proof (in His own hand) that Meher Baba Himself took the initiative to have Babajan's tomb-shrine built. This is important because about ten years ago the original top shrine construction was demolished and another built in its place. Since that time Meher Baba's photograph has been removed from Babajan's tomb-shrine.

Regarding the last paragraph, Baba is rubbing in the fact "externally we are aloof from each other for good". During this period Ghani and Ramjoo found the life with Baba very hard and often stayed away from Him, yet they would sometimes complain about their difficulties in worldly life. So Baba made it known to them and the other mandali that He had severed external connections with them and their families. 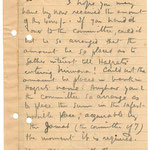 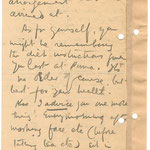 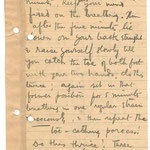 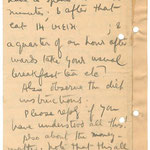 Published by : The Universal Spiritual League of America

NOTE : There is no similarity between this publication and the 2001 publication.

The Heart Talk offering this week continues Baba's correspondence with Dr. Ghani. This letter is dated 11 January 1925 and was most likely written from the Bharucha Building in Dadar, Bombay, where Baba stayed with His men and women mandali until He returned to Meherabad later that month for the 'First Long Stay'.

Abdul Rehman was Ghani's brother who sang in the style of music Baba liked at that time.

The meaning of "kamal" is something praiseworthy. "Kam and Kanchan" mentioned in the letter mean "lust and greed."

"Tata" is an informal, English expression that means "good-bye."

This week's Heart Talk is a handwritten letter by Baba in Arangaon (Meherabad) to Ramjoo and Ghani. It is dated January 1925 — probably around 26th — at the beginning of His first long stay at Meherabad. There is no other record of this short seclusion in the Jhopdi that we know of.

The offering from Heart Talk this week is written by Baba from Meherabad and dated 10th February 1925. Dr. Ghani and Ramjoo were living in Talegaon-Lonavla (between Poona and Bombay) during this period.

Baba's Birthday celebration was held this year on the 18th of February as in the Gujarati calendar birth dates vary from year to year.

Abdullah is Abdullah Jaffer, the husband of Ramjoo's sister and Abdul Rehman is Ghani's brother. They all attended the celebration.

This Heart Talk dated 30 October 1925 is the first letter posted in this series after Baba had begun His Silence. It was written by Baba at Meherabad to Ramjoo and Dr. Ghani who both were living in the Lonavla area.

This was a phase when Baba was having many temporary structures He had had recently built at Meherabad pulled down. Padri would describe how at times some of the men mandali would be building something at one end, while other mandali would be pulling it down at the other end!

This Heart Talk, dated 13th March 1926, was written by Baba at Meherabad to Dr. Ghani and Ramjoo. During this period Baba had His 'Seat' in the cabin at the Sai Durbar platform. This cabin had been constructed for the celebration of His Birthday in February 1926, which was attended by many people.

The Gujarati script In the second sentence of the letter translates into English as "dedication ceremony" of a flour mill at Khandala that Ramjoo and Ghani owned, and which Baba visited later that year. 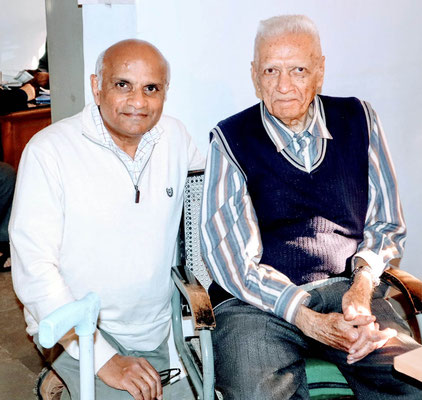 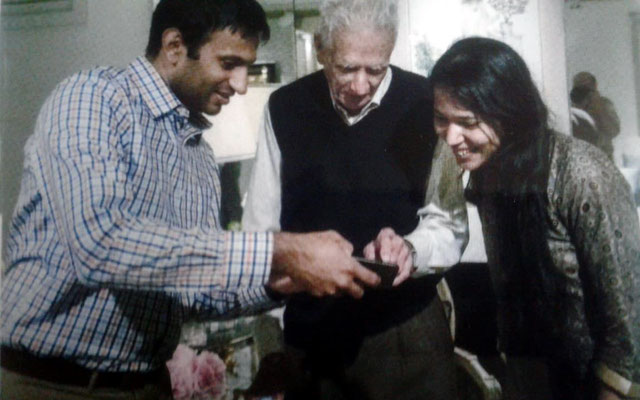