On January 14th, during the evening singing of arti, a boy named Rajaram was overwhelmed by the intensity of love and became unconscious, but his normal consciousness revived after some hours. The next day Abdul Wahab Kalingad burst forth in loud wailing and from then on stopped eating or drinking.

Agha Ali was not the only Prem Ashram boy to suffer separation from the Master and risk grave dangers while escaping from his parents' home to return to the ashram. Another was a twelve-year-old Muslim named Abdul Wahab Kalingad, who had been taken away on the same day as Ali but had managed to find his way back to Toka. On September 29th, however, his elder brother again came to the ashram and took him away. Within three days, the brother was back demanding Kalingad's return. The boy had escaped on the very day they reached Bombay, but had not yet turned up in Toka. The brother eventually relented, seeing that Baba was truly the light in Kalingad's heart, saying, "When he comes, let him remain here," and he left. On October 1st, Kalingad finally showed up and his brother was immediately informed by telegram. A party was given at five in the afternoon to celebrate his return.

LATER this same day after dinner and arti, Baba sent for the Prem Ashram boys to come to the Manzil. It had been a long time since the boys had gathered there. Baba allowed the boys to bow down to him and each sat quietly afterward close to Baba. One boy, Vasant, continuously stared at Baba and another boy, Dattu, sat with his head on Baba's knees. Kalingad, while sitting beside Baba, fell asleep. Baba tossed his handkerchief at him and he awoke, slowly opening his eyes.

Several of the men, including Ajoba and Ardeshir Irani, went back to their homes at this time, and it seemed to foreshadow coming events. On October 24th Baba sent some of the Prem Ashram boys to Happy Valley. The boys left at five in the evening with Chhagan, Baidul and Karim; Baba arrived the next morning at three-thirty with Abdulla, Jal, Pesu, Rajaram, Ali Akbar, Agha Ali, Kalingad, Baban and Jawanmard. At five-thirty, Baba himself prepared tea and served it, and with the help of the boys he fried bhajiyas. Later Sarosh arrived, bringing vegetables and chapatis. In the afternoon, Rustom's brother Adi came to see Baba and took him for a car ride for about half an hour.

The parents were generally amenable but were uncertain about the marriage part of the offer. On June 26th, Vasant's parents took him against his will to Jamkhed village, sixty miles away. The Muslim section of the ashram was then closed, and Agha Ali and Ali Akbar were kept on Meherabad Hill with Raosaheb. Shapur stayed with the other boys. At this time, Abdulla (Chhota Baba) and Kalingad were living with the men mandali. 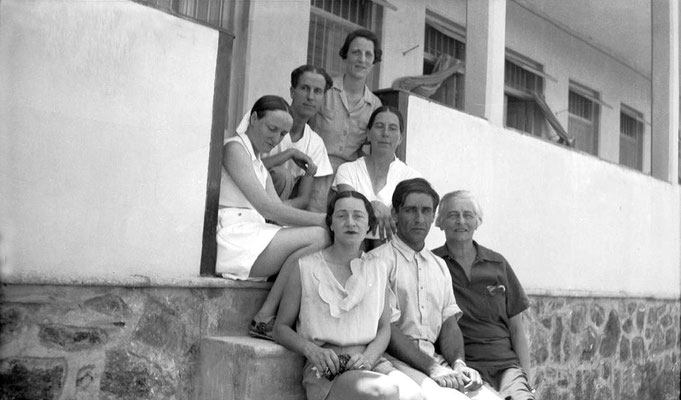 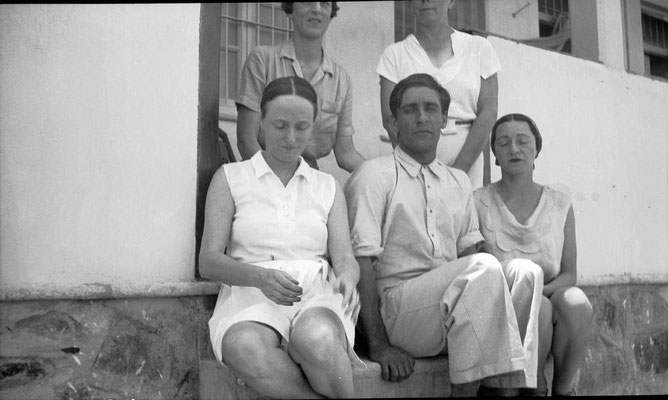 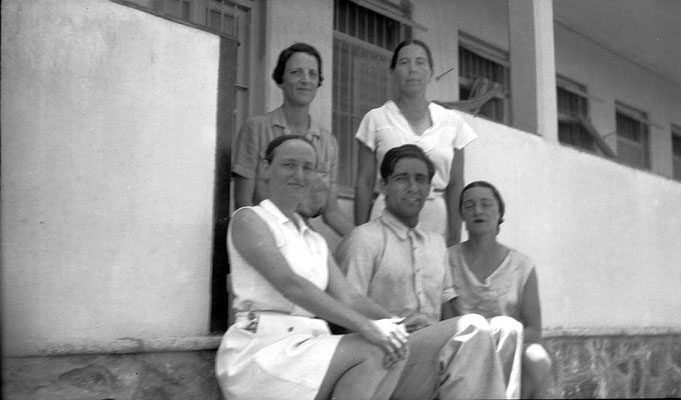 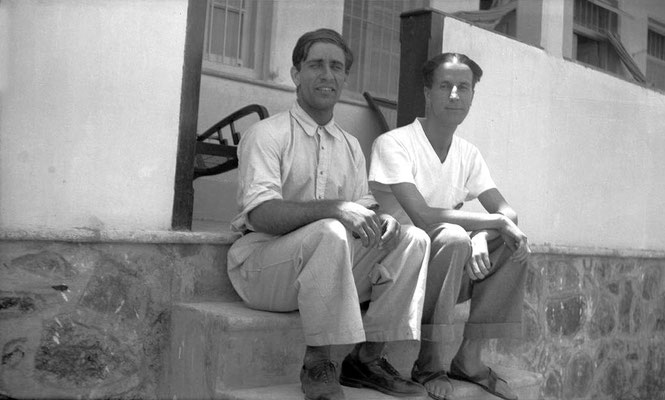 They reached Ahmednagar by early evening. To welcome Baba, a darshan program was held at Akbar Press. After dinner, Baba left for Meherabad.

From August 28th to September 2nd, 1929, Baba held long discussions for finalizing plans for another trip to Persia. Baba decided that the following eleven men should accompany him: Buasaheb, Chanji, Chhagan, Gustadji, brother Jal, Kalingad, Karim, Maruti Patel, Masaji, Sidhu and Vishnu. Meanwhile, Raosaheb, Abdulla, Agha Ali and Ali Akbar, who were in Quetta, were sent a cable to meet them in Persia. Bomanji, Baily, Dastur, Padri, Ramjoo and the mast, Mastan, were to stay behind in Meherabad. Sailor was sent to Nasik and Babu Rao relocated in Manmad.

A car driven by Shamsher Khan was hired for Baba. A bus to be driven by Allayar was sent by Minoo Pohowala of Bijapur for the mandali. The group left Nasik on February 23rd, at six in the morning and stayed overnight at Sadashiv Patel's house in Poona. The following mandali accompanied the Master: Buasaheb, Chanji, Chhagan, Gustadji, Vishnu, Kaka Shahane, Kalemama, Manek Shroff, Raosaheb and Sadashiv Patel. Baba also took with him on the trip Babu Kamble, Chander, Kalingad and Shankar; they were former ashram schoolboys who were employed at Sarosh Garage in Nasik, learning to be mechanics.

The momentum went on increasing until I raised my hand in the direction of Kalingad. In the end, I had to bear the intensity of the momentum myself. If I had beaten everyone, all of you would have bailed out terribly upset. So I took it upon myself to avoid a fight. 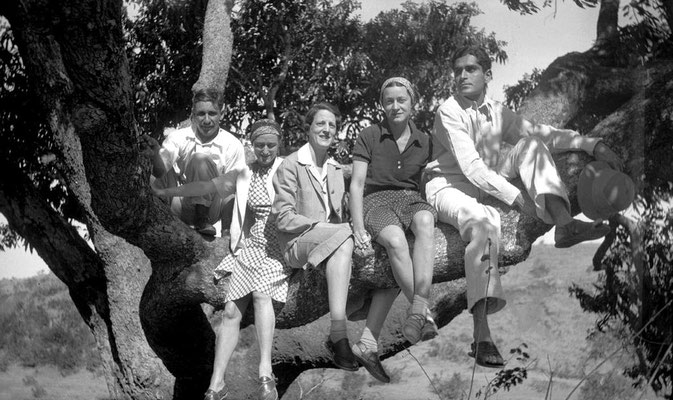 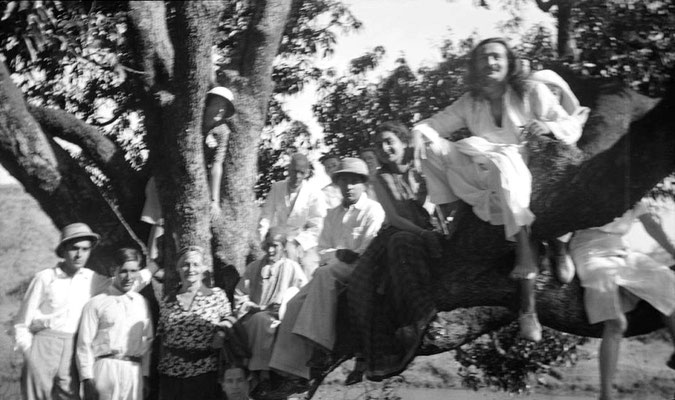 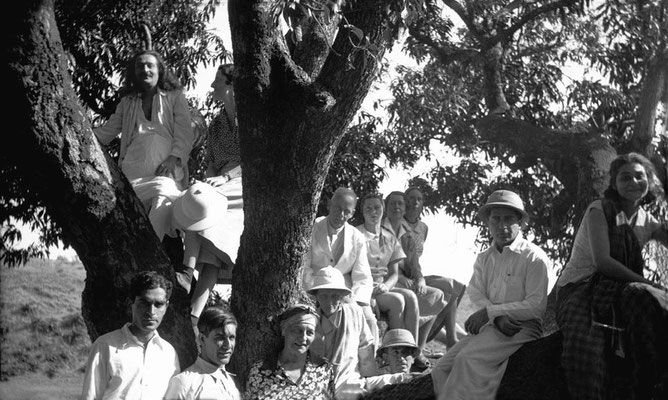 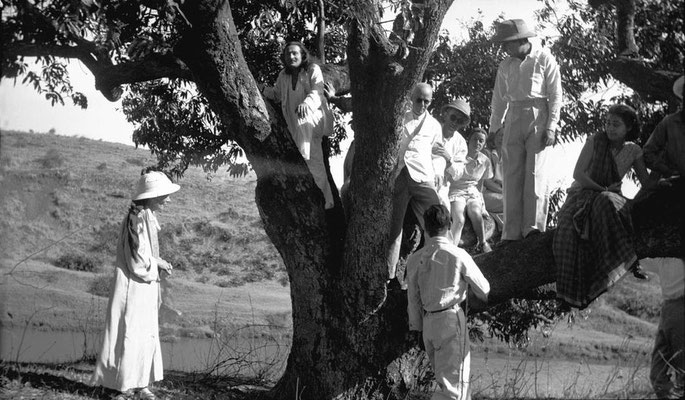 Shortly thereafter, Baba sent Kalingad in a truck to bring Sidhu back. Baba explained to Sidhu, "I am sorry; I truly am merciless. I didn't know what I was doing; sometimes it happens. If you ever find me behaving like this again, remind me about it." Sidhu was nervously sweating and asked Baba's forgiveness for not obeying him.

At Upper Meherabad, Baba permitted darshan to all. At ten-thirty, he retired to Hall Number 3 of the Water Tank where the boys Ali Akbar, Tukaram and Kalingad were also to remain. Each boy had his own partitioned space within the rooms. During this seclusion period, Pendu and Homi Bhatana were assigned the duty of cleaning the toilets and bringing fresh milk daily.

Among those of the men mandali living in Meherabad during Baba's absence were Bala Tambat, Gustadji, Karim, Pleader, Raosaheb and Sidhu. Two boys, Kalingad and Bhiwa, who were formerly in the Meher Ashram, had stayed with Baba's men mandali in Nasik after the disbanding of the school.

The mandali's plans were changed on September 15th, when Baba sent Pendu to Meherabad with instructions to construct certain buildings there. Sailor, Sidhu, Bal Supekar and Kalingad were sent along with him. Bal Supekar was the brother of Arjun Supekar (one of the Kasba Peth mandali who died in 1926). The boy Kalingad had been a Meher Ashram student who now stayed permanently with the men mandali. He originally came from Persia and he did not want to leave Baba and return to his home after the Meher Ashram school disbanded.

At Upper Meherabad, Pendu began construction of a bathroom, a tin shed and a kitchen opposite the Water Tank for Baba. Kalingad, who was a good mechanic, had fixed up an old bus and would carry the construction materials from Ahmednagar.

During the first week of June, 1934, Meher Baba was preparing to depart on his seventh journey to Europe. Baba made all the required arrangements for the men and women mandali during his absence by giving individual instructions to each one. Driven in a car by Adi Sr., Baba left Meherabad for Nasik at four-thirty in the afternoon of June 6th. Also accompanying him was Kalingad and brother Jal. They stopped along the way so Baba could bid farewell to the Satha family at Akbar Press and reached Nasik about eight-thirty that night. Baba spent the entire next day with Ramjoo Abdulla's and Rustom K. Irani's families and a few other close devotees in Nasik.

MEHER BABA was especially fond of Rustom's and Freiny's children. On September 25th, he went to Nasik with Adi Sr. and Kalingad to enroll their children in school. Freiny was emotionally unwell and could not properly look after them, and Rustom was occupied in business and his duties with Baba's work and property. Baba would often go to Nasik to make certain the children were taken care of and to see to their welfare. He returned to Meherabad that same day.

Baba remained in seclusion on Meherabad Hill until the 2nd of December. Taking a break, the next day he visited Nasik for two days with Kalingad and Murli. On his return to Meherabad, he again retired into seclusion in the tin cabin.

Nargis Dadachanji had been ill and had lost a lot of weight. Before departing, Baba noticed how thin she was. He pointed to a thick pillar and indicated to her, "I will make you fat!"

Baba then returned to Meherabad on December 20th, via Nasik, accompanied by Kaka Baria and Kalingad.

On July 10th, Baba was driven by Adi Sr. to Rahuri and Nasik from Meherabad, along with Sidhu, Piroja and her baby. Chanji, Kalingad and a man named Jalil followed by bus.

Gustadji and Ghani Munsiff were also residents of the Rahuri ashram. The remaining men mandali, consisting of Chhagan, Kalemama, Kalingad, Padri, Pendu, Sidhu and Vishnu, stayed in Meherabad, while the women mandali stayed in semi-seclusion on the Hill.

Invariably, Elizabeth, and usually Norina, and Will and Mary Backett preferred to remain behind at the retreat. Those who were happy to go to places such as Anand Valley  (also called Happy Valley) were Rano, Kitty, Delia, Margaret, Adi Jr. and Kalingad. Rano recalled that on the picnics the Westerners used to corner Chanji, Adi Jr. and Rustom to tell them stories of their lives with Baba. Because they were always so happy to go out on a picnic, Baba had, in good humor, nicknamed Kitty, Margaret and Delia the "Frivolous Three."

During 1927, Kalingad Abdul Wahab had come from Persia to India for his high school education in the Meher Ashram. He became one of Baba's favorite boys and was very conscientious with his duties at Meherabad. Baba allowed him to join the men mandali and Kalingad carried out his duties with love and full faith in the Master. He did not wish to leave Baba and return to Persia, but being a Persian citizen, he was drafted in the army and was forced to obey the country's law or be arrested.

After staying with Meher Baba for ten years, on April 28th, 1937, Kalingad departed for Persia with tears in his eyes. The men mandali also regretted to see him depart. Kalingad never saw Baba again, as a few years later he died in Persia.