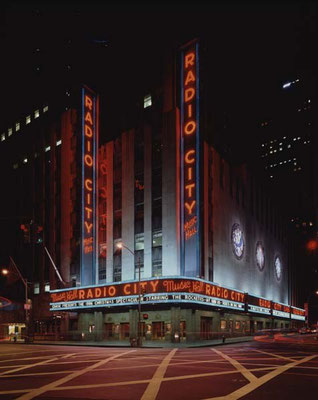 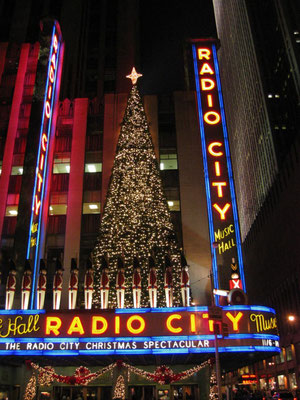 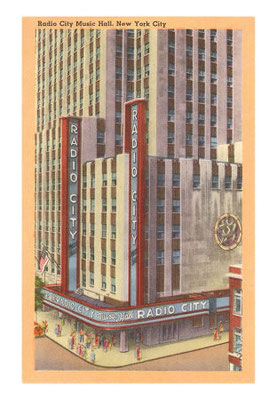 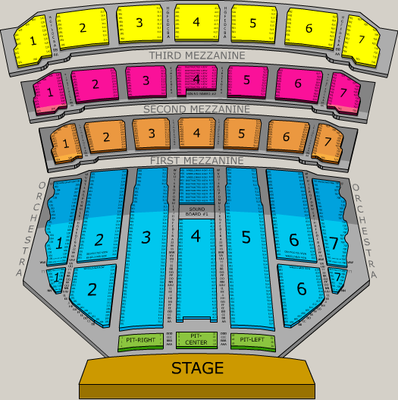 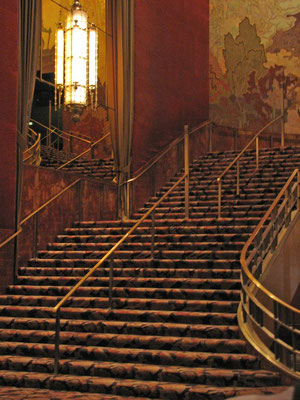 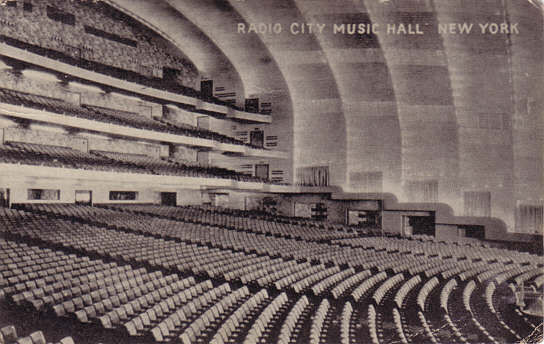 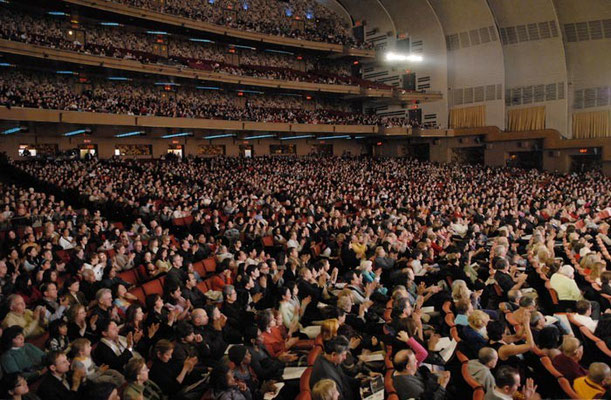 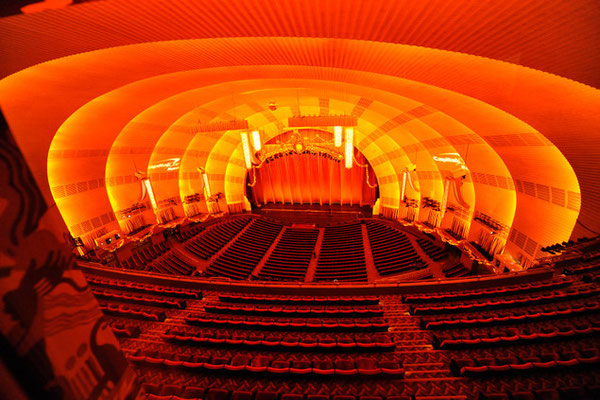 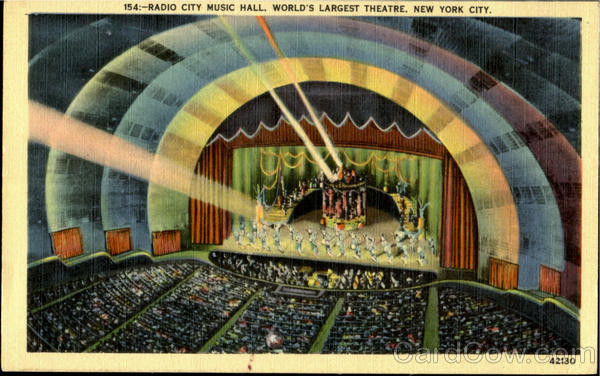 Radio City Music Hall is an entertainment venue located in New York City's Rockefeller Center. Its nickname is the Showplace of the Nation, and it was for a time the leading tourist destination in the city. Its interior was declared a city landmark in 1978. 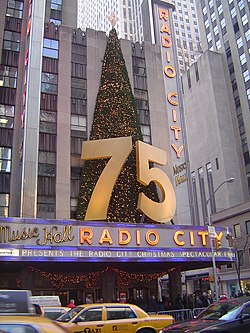