Meher Baba flew twice into Fiji. The first time was on the 9th August 1956 where his plane flew into Suva Airport.

The second time was on the 2nd June 1958, when his plane flew into Nadi Airport.

Meher Baba flew in two different aircraft in 1956 for the flight from San Francisco to Sydney.

The group left Honolulu at 8:45 P.M., continuing on Pan Am Flight 841. They touched down at Canton, China, for an hour at 3:00 A.M. the next morning, and then crossed the International Date Line, so that it was 8:15 A.M. on Thursday, 9 August 1956, when the plane landed at Suva in the Fiji Islands to refuel. Baba and his companions got off the plane and had coffee and a muffin. This was the first time Baba made contact with Fiji — the only other Pacific island (apart from Hawaii) that the Avatar would set foot on.

The weather in Suva was clear and bracing. An hour and a half later, they left (about 9:45 A.M.).

Baba flew into Australia through Mascot Airport in Sydney that same afternoon at 3:45 P.M.

** There is an obvious error in the above passage that Kanton Island is in China. They have been informed of the mistake. Webmaster

** The flight to Australia in 1958 by Meher Baba was in the same type of aircraft as he flew the same route in 1956. There is an ommision in the above paragraph from "Lord Meher" that there is no mention of a brief stop on an island between Honolulu and Fiji for refuelling. We can only assume it's the same island of Kanton in the then Phoenix Island group now called the Kiribati Republic. Webmaster

Presently, the country is run by a military junta. 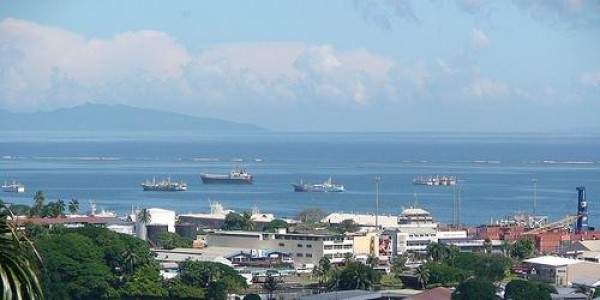 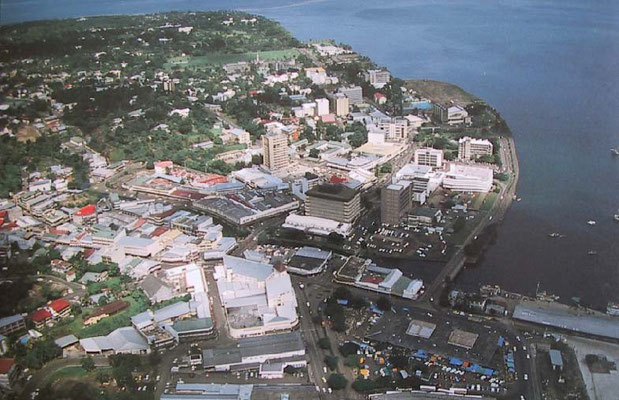 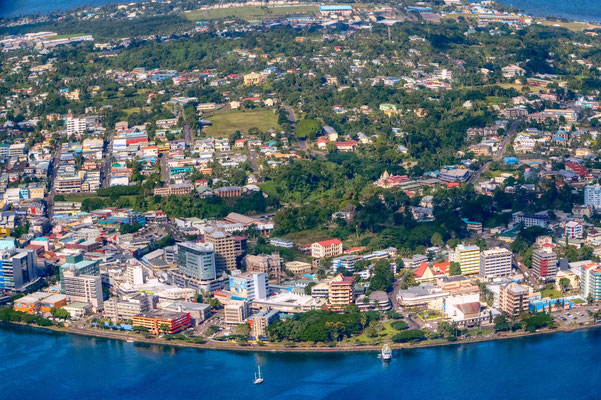 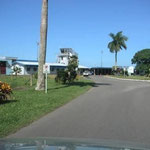 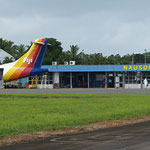 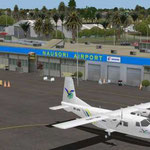 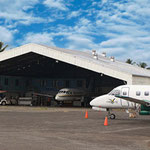 Nadi International Airport (IATA: NAN, ICAO: NFFN) is the main international airport for the Republic of Fiji as well as an important regional hub for the South Pacific islands, located by the coast on the western side of the main island Viti Levu. It is the main hub of Fiji Airways and its domestic and regional subsidiary Pacific Sun. The airport is 10 km from the city of Nadi and 20km from the city of Lautoka. In 2011 it handled 2,231,300 passengers on international and domestic flights.[1] Despite being Fiji's main airport, it is quite far away, about 192 km northwest of the country's capital Suva and its airport, Nausori International Airport.

The original airstrips at Nadi were built by New Zealand from August 1939, being completed in March 1940, and were paid for by the British colonial authorities. They were extended by New Zealand from November 1941; the first 7,000 feet (2,100 m) runway was completed by January 1942 and the other two by April 1942. The work was requested by America for the South Pacific air ferry route and paid for as reverse Lend-Lease.[2] In 1941 American engineer Leif J. Sverdrup discussed progress on the airfields with Walter Nash, then New Zealand Minister of Finance. Nash recalled Sverdrup saying that there was no formal agreement for payment for what was called Nandi Airport by America, so on the back of one of his cards Sverdrup drew a cross representing the airfield, wrote "£250,000" (pounds) and initialled it "L.J.S." The extension was actually estimated to cost £750,000 (pounds).[3]

The airfield was used by the United States Army Air Forces when the Pacific War began in 1941, as USAAF Nandi [sic]. Early in the war, B-17 Flying Fortresses were flown from Nadi against Japanese targets in the Philippines and Solomon Islands. In 1943, the 42d Bombardment Group flew B-25 Mitchells from Nadi. During this period, the U.S. Navy used the airfield as well, labeling it Naval Air Facility Nandi (NAF Nandi). 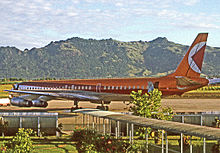 Nadi Airport in 1971 showing the open-sided covered walkways between the aircraft and terminal. A Canadian Pacific Air Lines DC-8 is pictured.

Then, as now, Fiji was the crossroads of the Pacific – and in those days was even more important as a refuelling stop. The apron was shaded by palms, crotons and hibiscus trees, with whitewashed stone paths connecting it to the terminal. These have now been lost under concrete as the apron has expanded over the years, as aeroplanes larger in both number and size land at Nadi. In the 1940s and '50s, the airport's official name was Colony of Fiji: Nadi Airport, although foreign timetables continued to spell the name in phonetic English: Nandi.

Nadi was selected as the major airport for Fiji mainly due to its location on the drier west coast of Viti Levu.

During the first half of the 1960s, Nadi served as a key airport for transfer of passengers from Auckland's Whenuapai airport which could only take turboprop and piston aeroplanes, onto the new DC-8s and Boeing 707s bound for North America and Europe. At one time, New Zealand controlled the world's largest Flight Information Service (FIS), which at its largest stretched to 10,360,000 square kilometres. All of this was controlled from Nadi.

Drama came to Nadi Airport on 19 May 1987. The first coup had just occurred (14 May 1987). Prime Minister Dr Timoci Bavadra and his cabinet were under arrest, and tension continued to rise in the country. Air New Zealand flight TE 022 made a scheduled stop to refuel, en route from Tokyo (Narita Airport) to Auckland. Ahmjed Ali, an aircraft refueller, used his security card to board the aeroplane and, once in the cockpit, showed the captain that he was carrying dynamite. He wanted passage out of Fiji and the release of Dr Bavadra. The passengers and cabin crew were able to disembark, while Air New Zealand negotiators in Auckland and Ali's relatives in the Nadi control tower attempted to defuse the escalating situation. Eventually, the flight engineer hit Ali over the head with a bottle of duty-free whisky, and he was handed over to the Nadi police.[4]

Arrivals and departures are much preferred to be to the south, due to the closeness of the Sabeto mountain range to the immediate north of the airport. A large turn around area, suitable for Boeing 747s, is to the left of the threshold of Runway 02, in case meteorological factors make departure to the north necessary.

In 2008, a Qantas Airbus A380 had to make an emergency landing to disembark a sick passenger, showing that whilst not certified, the facilities at Nadi are sufficient to cater for the largest civilian aeroplane in the world.

Today, the largest concentration of hotels in Fiji has grown up in and around Nadi. As tourism took off in the 1960s, the resorts under construction in the nearby Mamanuca Islands and Denarau Island cemented Nadi as the centre of Fiji's tourism industry.

Nadi is the operational base for Fiji Airways, which services six airports throughout the southwest Pacific, and many more on the Pacific Rim. Remnants of the largest FIS in the world remain as, for example, Nadi Tower provides an FIS service for Fua'amotu Airport in Tonga when Fua'amotu Tower is off watch.

The Civil Aviation Authority of the Fiji Islands (CAAFI) head office is at Nadi Airport.[5] Air Pacific has its head office in the Air Pacific Maintenance & Administration Centre at the airport.[6] In addition, Fiji Airlines Limited, operating as Pacific Sun, is headquartered at the Pacific Sun office at the CAAFI compound.

The second International Airport in Fiji, Suva Nausori Airport (SUV) is situated within the easterly region of the main Fijian island, Viti Levu, approximately 22 km / 14 miles north-east of Suva, the capital of Fiji. Ninety percent of international flights use Nadi International Airport (NAN), which is located on the opposite side of the island, with a 30-minute domestic flight linking the two facilities. A steady growth in regional tourism has spawned plans for major upgrades to Suva Nausori Airport, often referred to as Luvuluvu, which will transform it into a regional, international and domestic hub.