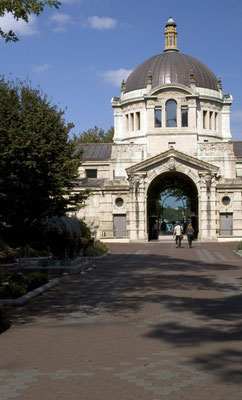 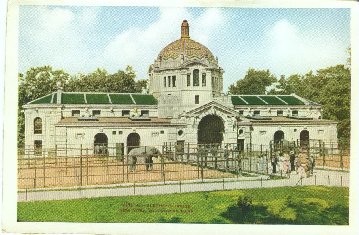 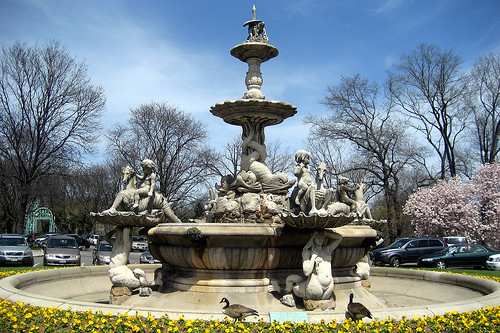 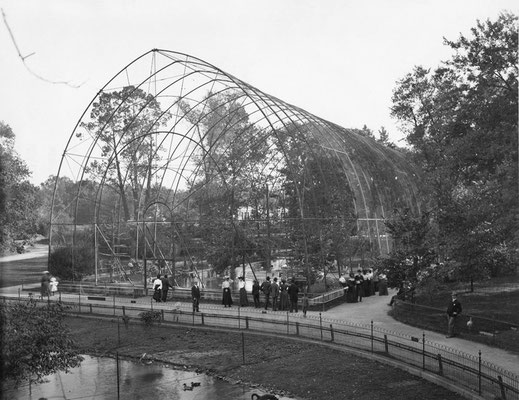 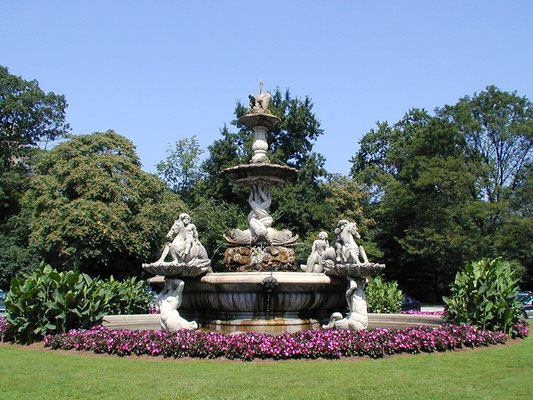 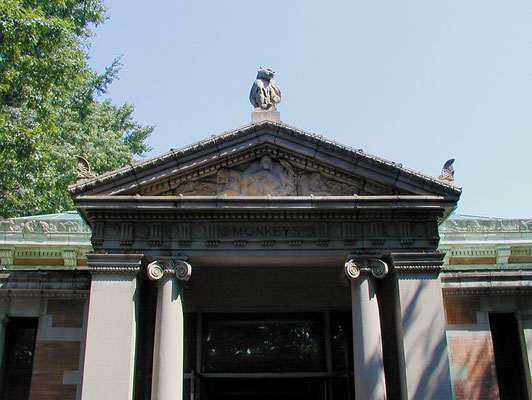 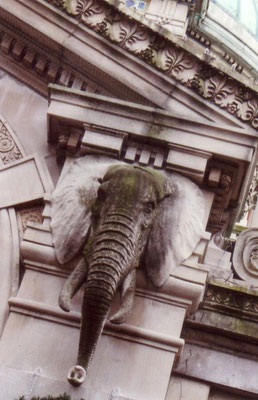 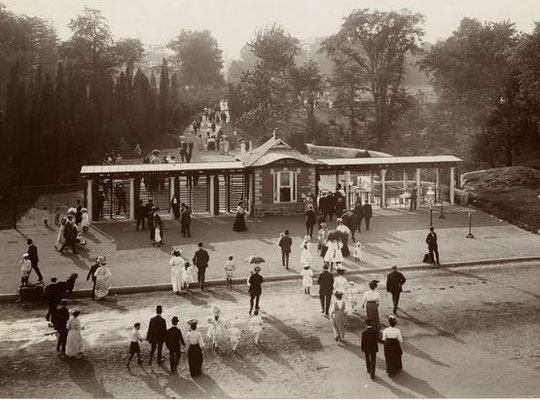 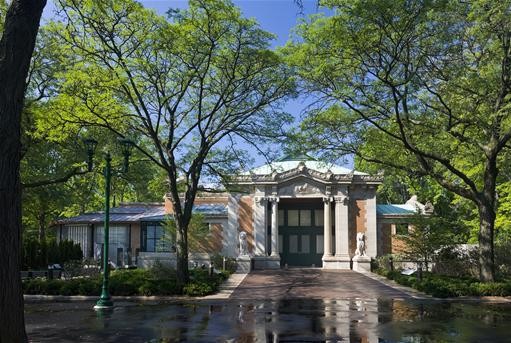 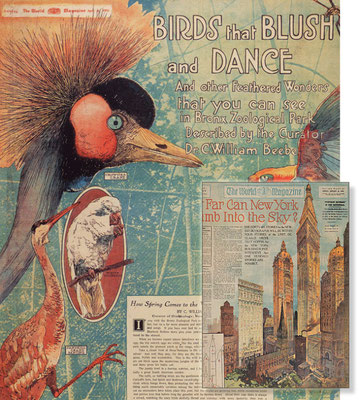 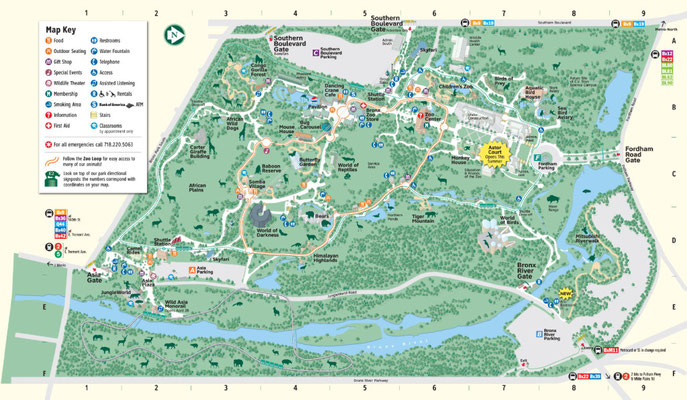 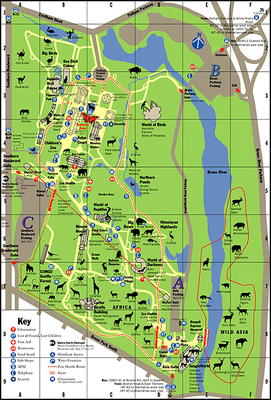 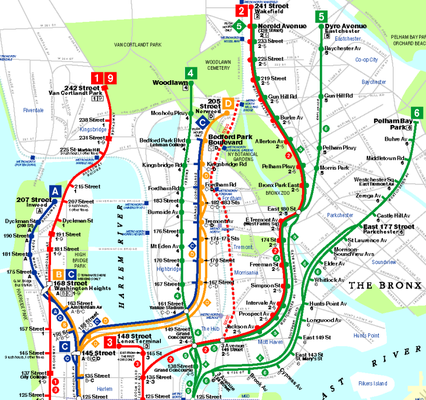 This article is about the zoo; for the TV series see The Bronx Zoo (TV series); for the book "The Bronx Zoo" about the Yankees, see Sparky Lyle, its author.

The Bronx Zoo is a zoo located within the Bronx Park in the Bronx borough of New York City. The largest metropolitan zoo in the United States, it comprises 265 acres (107 ha) of park lands and naturalistic habitats, through which the Bronx River flows. The Bronx Zoo is south of the New York Botanical Garden.

Fordham University owned most of the land which became the Bronx Zoo and New York Botanical Garden. Fordham sold it to the City of New York for only $1,000 under the condition that the lands be used for a zoo and garden; this was in order to create a natural buffer between the university grounds and the urban expansion that was nearing. In the 1880s, New York State set aside the land for future development as parks. In 1895, New York State chartered the New York Zoological Society (later renamed to Wildlife Conservation Society)[1] for the purpose of founding a zoo.

The zoo (originally called the New York Zoological Park) opened its doors to the public on November 8, 1899, featuring 843 animals in 22 exhibits. The first zoo director was William Temple Hornaday.[2] Heins & LaFarge designed the original permanent buildings as a series of Beaux-Arts pavilions grouped around the large circular sea lion pool.[3] Many exhibits, for example World of Birds and World of Reptiles, maintain the original taxonomical arrangement, while others are arranged geographically, such as African Plains and Wild Asia.

Bronx Zoo made the news in August 2006 when it agreed to enter a rare Snow Leopard cub, Leo, into its breeding program. The 13-month-old cub was found stuck in mud following a landslide in Naltar Valley which killed its mother. A Pakistani shepherd in the area found the cub with its female sibling, but the latter died a week later due to malnutrition. He then handed over the cub to Pakistani authorities who took care of him, but since there are no captive breeding programs or rehabilitation center for Snow Leopards in Pakistan, it was decided to hand over the cub to the Bronx Zoo. The leopard will be returned to its place of birth following construction of a rehab facility in the Naltar Valley with US cooperation. [3] [4] [5]

In November 2006, the Zoo opened up brand-new eco-friendly restrooms outside the Bronx River Gate. According to the Clivus multrum company, which built the composting toilets chosen by the Zoo, these facilities will service 500,000 people and save 1,000,000 U.S. gallons (830,000 imp gal; 3,800,000 L) of water a year. [6] [7] In March 2007, the Wildlife Conservation Society and the Fordham University Graduate School of Education announced they will offer a joint program leading to a Master of Science degree in education and New York state initial teacher certification in adolescent science education (biology grades 7-12). The program will begin in 2008 and is the first joint degree program of its kind. [8]

In April 2007, zoo officials closed the Malayan tapir exhibit. After renovations to the Zoo Center, one tapir is on exhibit during the warmer months.

In October 2005 the rare Sumatran Rhinoceros, Rupunzel died after falling ill and is now replaced with a Babirusa exhibit outside the Zoo Center.

On 20 June 2008, The Wildlife Conservation Society opened the Madagascar! exhibit at the Bronx Zoo. The exhibit attempts to recreate a small section of what many people call the eighth continent. It contains a variety of wildlife from Madagascar, including lemurs, hissing cockroaches, sifaka lemurs, and the Nile crocodile.[5]

In January 2010, the zoo was selected to house four abandoned baby bear cubs. The WCS suspects that their mother was killed in a mudslide. The four cubs are healthy and happy in their new home.[6]