This was the home of Colleen & Dante Leo Cardella.  The apartments were built in 1954.

Dante Leo Cardella had come to see Baba at the hotel several times. Every Wednesday, a group of spiritual seekers met at Dante's apartment, and he was anxious that Baba address the group. At 7:00 P.M., Baba was driven to the apartment at 1401 North Detroit Street, Apartment #1, where about 50 people were waiting in hushed expectancy for him.

We are indeed fortunate to have Meher Baba, who is a very great Spiritual Teacher and Master, with us. He represents, and more importantly is, a divine incarnation. Those of you who have studied more deeply will know what that means. There is no way to measure Baba intellectually because Baba's greatness can only be measured, in the final analysis, with the heart. 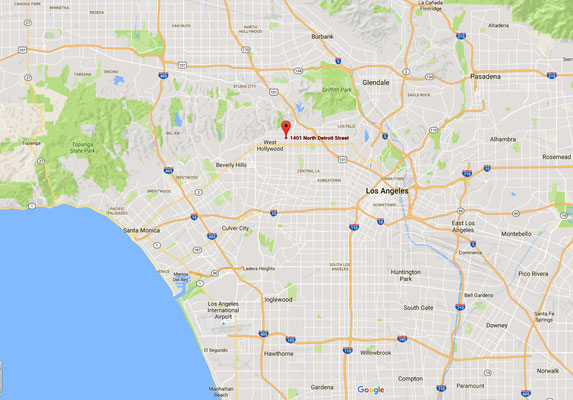 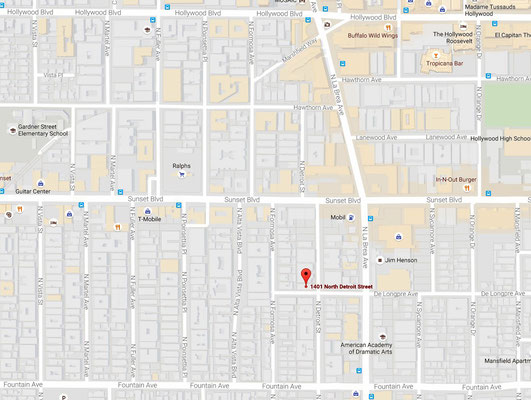 Cardella read excerpts from Baba's message "Love and God Love." The group usually meditated together for a few minutes, and this week, because Baba was present, Cardella urged the group to focus on him. "To receive Baba's greatest blessing," he said, "is to give him loving devotion and attention, because these are the things which he can directly work with and help in your life ... The greatest miracle of all is the miracle of the awakened heart. And this, Baba can truly help us with."

After a few minutes of silent meditation, Baba instructed the group to meditate on his name every Wednesday at midnight. 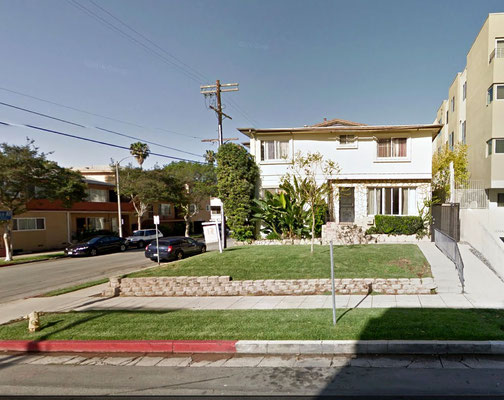 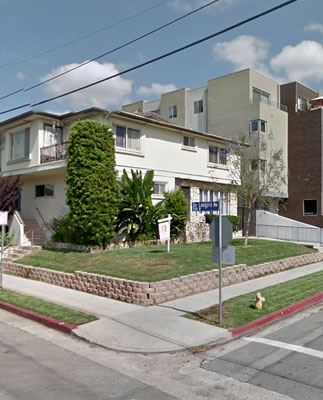 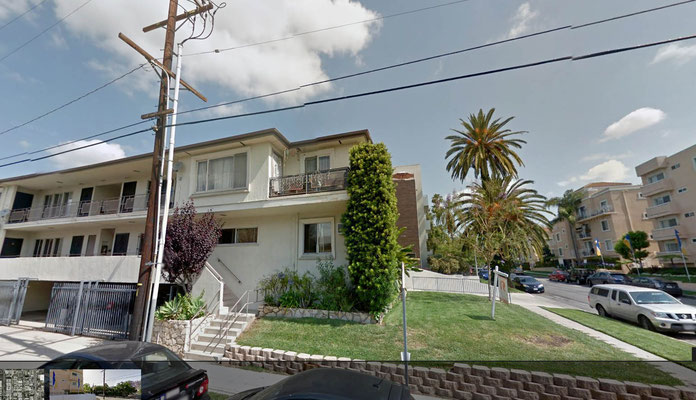 Through Eruch, he told the group:

We are pleased to meet you ... Dante loves Baba. He told you all about Baba today. Baba loves him, but the important thing is one should see me in everyone. If you can, do that which Baba has given out now: his instructions to sit at midnight every Wednesday, every week, for fifteen minutes in complete darkness, beginning your meditation from twelve midnight, with open eyes and repeating "Ba-Ba" with every breath inhaled and exhaled, and not paying attention to any experiences that you get when you are meditating. If you see Baba, focus your attention on that and continue your repetitions. You will see Baba in everybody.

I am in everyone, in everything. I am not only as you see me in flesh and blood. I am the Ocean. Those who dare to drown themselves in this Ocean can be pulled out of the ocean [of maya]. 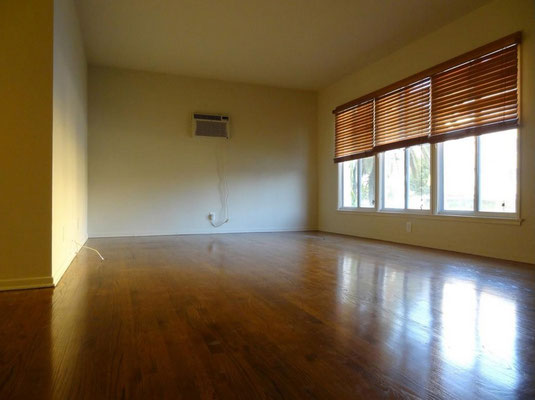 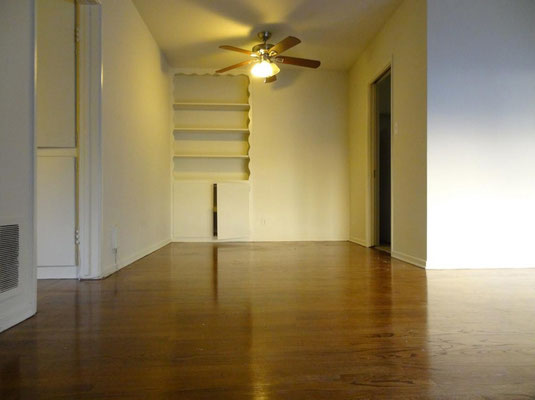 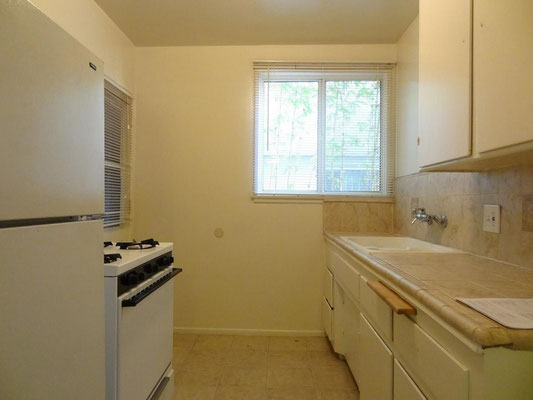 The message "Have Hope" was read out to those gathered, and Baba continued:

There are volumes describing God, telling something about reality, truth, love. Baba has given us a book, God Speaks. Baba has also given us many, many messages, but they do not help because they do not help to feel the Experience which is beyond the domain of the mind. They give us an idea, a sort of an intellectual conviction, that we have to cross the mind, the domain of the mind, and experience seeing God in everything. When one sees God, he sees things as clearly, much more clearly, than he sees the gross things with gross eyes. And then one experiences infinite bliss. You have no idea of the experience of that bliss!

But there is one thing still further, another step, after seeing God and that is to become one with Me. This is, of course, explained in the form of my messages, so that people may understand intellectually, have some idea of God, Truth, Reality. If one wants to see God everywhere and in everything, one must love me with all heart, with all devotion.

We use the word love very loosely. Suppose a man sees a beautiful woman and he falls in love with her. His love wants to possess that woman. He becomes restless; he has no appetite, he loses his sleep. He thinks of the woman all the time. But to love me is much more than this so-called love of the world, of a man loving a woman. It is much more than that.

Only one who can dare to love me can love me as I ought to be loved. To love me really would mean one has to cut off his head, place it on his palm and offer it to me. Cutting not in the sense of chopping it off. That is very easy. "Head" means all your thoughts and desires — everything. Bringing them to me means placing them at my feet. Then you begin to love me; then you begin to find me, to see me in everyone and everything.

"I am the Lord of Love. At the same time, I am the slave of my lovers."

Two other messages were read aloud by Don Stevens, then Baba further commented:

Even this is a dream — your sitting with me. The noise of the buses and street cars, this place, the whole city, all of this is nothing but a dream.

Suppose tonight in a dream, you see Baba sitting beside you and explaining, "Don't get entangled in all of this, it is nothing but a dream," then you would question me, saying, "Baba, how could it be a dream? I have so many joys and sorrows. I see so many people around me. I see you. How could it be a dream?" The next day, you wake up and you realize that Baba appeared to you in a dream and said it was but a dream.

Even now, at this moment, I tell you that you are dreaming. But how does your mind react? You say, "Baba is with us, how could everything be a dream?" Then I say: "When you realize Reality, when you are wide awake after Realization, you will realize all that I said is true — that it was all nothing but a dream."

Try to make the best of this contact with me by loving me more and more.

Dante Cardella's wife, Colleen, kept watching the clock, as Baba had said he would only stay 45 minutes. But Baba pointed to a nonexistent watch on his wrist and shook his head, "No," telling her not to be concerned.

Baba remarked, "I am the Infinite Ocean; those who drown themselves in the Ocean will get the Pearl."

Baba embraced Dante, and then, one by one, each person came to Baba, bearing a flower for him. To some, Baba handed rose petals to eat as prasad. Later, Baba commented, "Over half the group loves me." Baba went through the apartment, sanctifying it, before saying goodbye, and was driven back to the hotel.

Dante Cardella had been encouraging his group to store caches of food and water up in the mountains to prepare for the coming "day of doom." On hearing this, Baba remarked to Fred Winterfeldt, "No one will be saved except by the grace of God!"

Meher Baba and his group then departed back to the Roosevelt Hotel.

From four o'clock in the morning on Thursday, 2 August 1956, preparations were being made to drive 85 miles to Ojai, California, where Agnes Baron had established a lovely hilltop center for Baba called Meher Mount. Filis came to the hotel early and saw Baba.

Click on the under-lined name or the button below to see details of that visit.

Recorded by Mike Loftus, Available on MP3 & CD. This is the first time a tape has been restored that was recorded live in Los Angeles in 1956, of Meher Baba’s disciple Eruch, reading Baba’s gestures live. This is the actual unedited session of when Dante Cardella invited the Avatar to his weekly meditation group. Meher Baba accepted the invitation from those seekers and revealed how they should meditate. The intimacy and immediacy of Baba’s presence is felt very strongly as Eruch Jessawalla reads Meher Baba’s gestures.

2020 : Michael Le Page has created a video that has images of Meher Baba from the same year as the recording at this house. It is the same recording .