The building was demolished in 1967 for an office tower 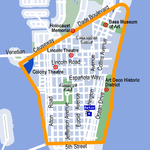 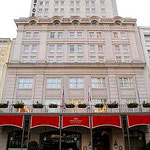 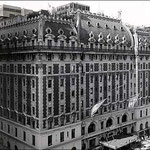 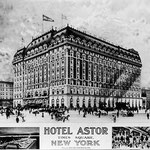 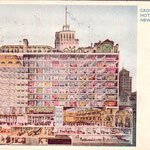 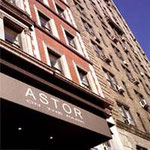 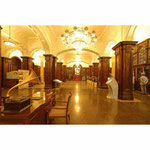 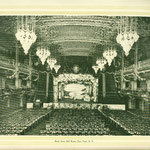 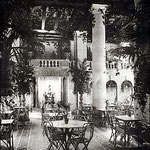 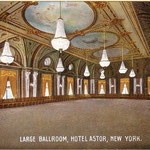 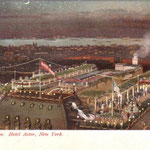 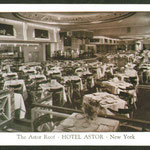 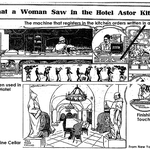 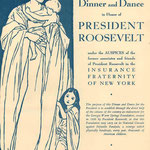 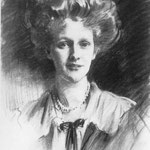 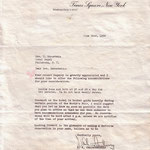 In 1905, according to Scenes from Modern New York, London was more populous and Paris had finer art and architecture, but it was supremecy in commerce and ingenuity that made New York City the greatest city in the world. New York was already the financial capitol of the world, and that money, along with desire—the desire of the American to best Europe and the desire of the European immigrant to succeed as an American— created the American city.

To the American mind the best expression of these desires and successes was through commercial means: castles on the Hudson, grand public buildings in European styles, palatial hotels. Europe scoffed at the idea that an American idiom existed, as seemingly did the American elite who merely tried to implant the best of Europe into the figurative and, in the west, literal desert, creating oases, or perhaps mere mirages, of all that was deemed to signify culture. It was amidst this atmosphere that the Hotel Astor was designed and built.

But something else was happening at the same time, what one might call the future: elevated trains and subways, electricity and waterworks, skyscrapers. Skyscrapers: The 22-story New York Times Building goes up on the same block at the same time as the Astor, the 22-story Hanover Bank Building in 1901, the 32-story Park Row Building is the highest in the world; transitional buildings that reflect the old-style while pointing to a new that would dominate by merely two decades after the Astor was built.

This new machine-driven, reinforced-concrete, steel-barred aesthetic would soon make the Astor and its brethren seem like quaint anomolies, the genteel uncle that had personal recollections of the Civil War, didn't trust automobiles, and refused to call Longacre Square anything but Longacre Square.

And yet despite all our focus on progress and the future, and perhaps our wishes to the contrary, those uncles—the past—still exist and must be dealt with, just as Indians were still a real presence in New York even as the Astor was being built and the Indian Grill Room was marking the passing of its subject.

With its enormous public rooms and an elaborate roof garden, the Astor Hotel was seen as a successor to the Waldorf-Astoria, from which architects Charles W. Clinton (1838-1910) and William H. Russell (1854-1907) borrowed much of its style

The beautiful Astor Hotel was replaced by One Astor Plaza, a hideous tall office tower.

Fur trader John Jacob Astor arrived in New York City in 1784 and soon began to invest in Manhattan real estate. One of his first purchases, the 70 acre Eden Farm, occupied what is today 41st to 48th Streets, from Broadway to Eleventh Avenue. In 1904, Astor’s descendants erected the Astor Hotel on the west side of Broadway between 44th and 45th Streets, when the area was emerging as the theater district and electric light transformed this strip of Broadway into the "Great White Way." With its enormous public rooms and an elaborate roof garden, the Astor Hotel was seen as a successor to the Waldorf-Astoria, from which architects Charles W. Clinton (1838-1910) and William H. Russell (1854-1907) borrowed much of its style.
Hawley’s rendering—which was executed after construction had begun in March of 1902—was reproduced as a chromolithograph for posters advertising the September 1904 opening of the hotel. The Astor was demolished in 1967 to accommodate the march of progress—1515 Broadway, a 50 story office tower.