Meher Baba stayed here in 1952 on his way to Myrtle Beach, SC. 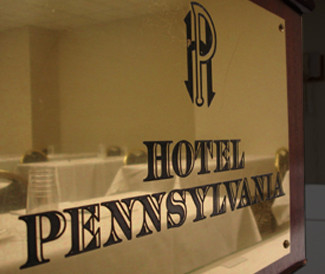 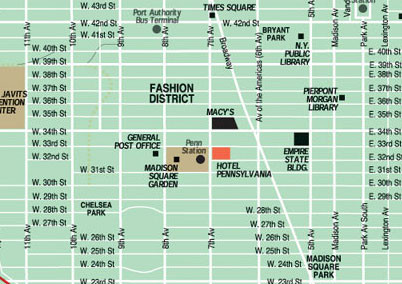 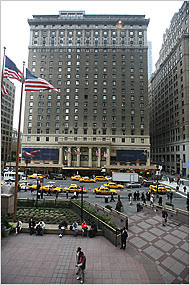 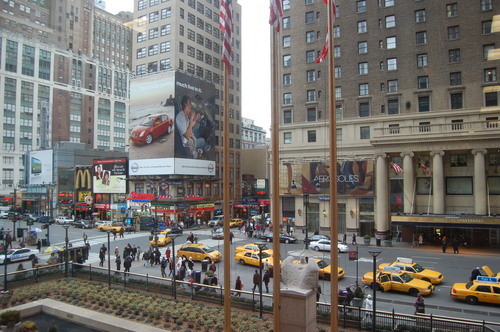 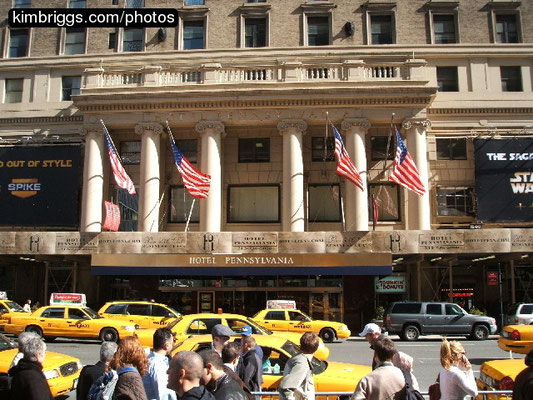 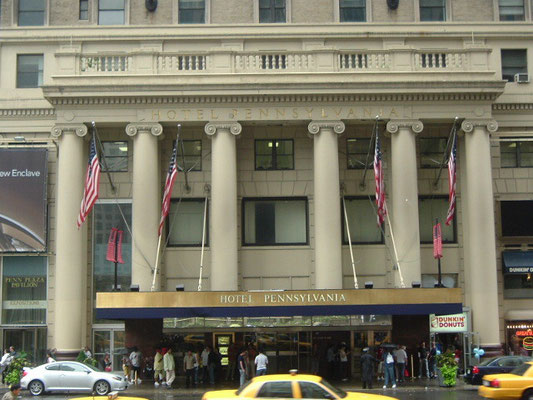 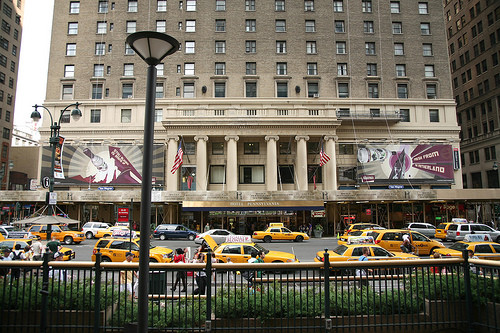 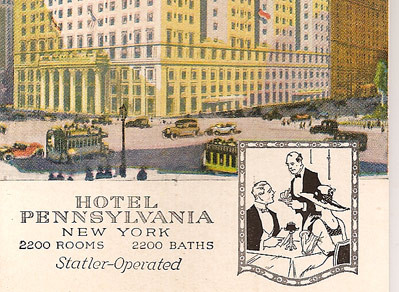 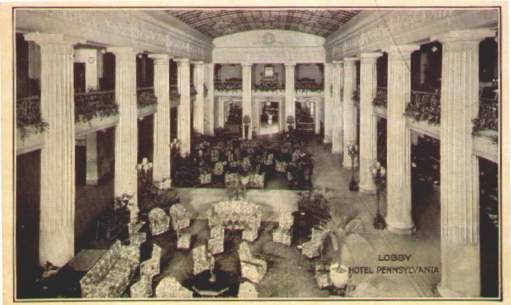 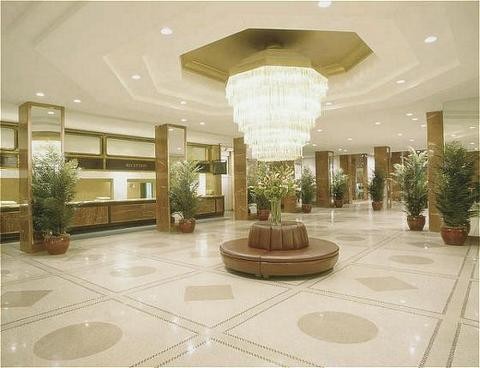 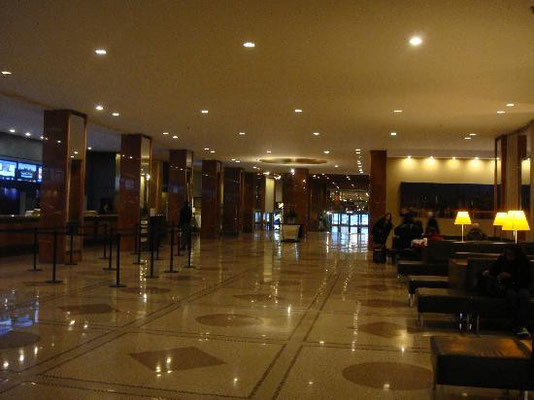 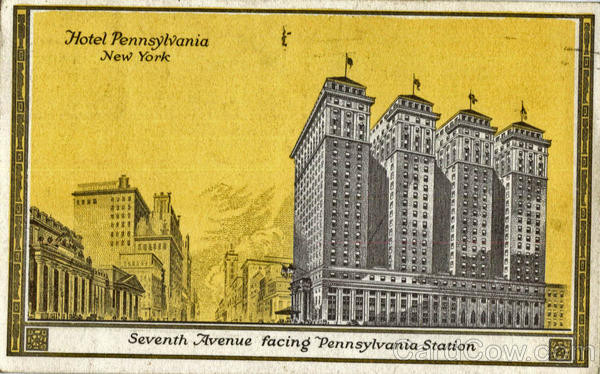 The Hotel Pennsylvania is a hotel located at 401 7th Avenue in Manhattan, across the street from Pennsylvania Station and Madison Square Garden in New York City.

The Hotel Pennsylvania was built by the Pennsylvania Railroad and operated by Ellsworth Statler. It opened on January 25, 1919[1] and was designed by the firm of McKim, Mead & White, which also designed the original columned version of Penn Station located across the street. (The old Pennsylvania Station was razed in 1963 to make room for Madison Square Garden and the redeveloped below-ground station in use today.)

The hotel was acquired by the Hotels Statler Company in 1948 and renamed the Hotel Statler. Following the sale of all 17 Statler hotels to Conrad Hilton in 1954, the hotel became The Statler Hilton. It operated under this name until the early 1980s, when Hilton sold the hotel. It was renamed The New York Statler for a brief period, and was operated by Dunfey hotels, a division of Aer Lingus. It was then purchased in 1984 by the Penta Hotels chain, a joint-venture of British Airways, Lufthansa and Swissair, becoming The New York Penta. In 1992 Penta went out of business and the hotel was returned to its original name, Hotel Pennsylvania.

The hotel has the distinction of having the New York phone number in longest continuous use. The number, PEnnsylvania 6-5000, is the inspiration for the Finegan, Gray, and Sigman song of the same name. The most popular version was performed by Glenn Miller with the Andrews Sisters not far behind. Many big band names played in the hotel's Cafe Rouge Ballroom, including the Dorsey Brothers, Count Basie, Duke Ellington, and the Glenn Miller Orchestra.

Contrary to common practice, there is a 13th floor. The hotel states it has 22 floors from street level to the roof, plus three additional levels in the penthouse. The highest penthouse level is numbered as the 21st floor. The discrepancy in floor numbering is due to several mezzanine-type levels that carry names such as "lobby mezzanine" instead of floor numbers.

The threat of the Hotel Pennsylvania's demolition was first introduced in the late 1990s when Vornado Realty Trust bought the hotel. Vornado announced in 2007 that the hotel was to be demolished to make way for a new office building with Merrill Lynch as its anchor tenant.[2] Owner Vornado Realty Trust intended to build a 2,500,000-square-foot (232,000 m2) building by 2011.[3][4] The site is the only remaining area in Midtown Manhattan that would not require special permits for development of a new office project of that size.[5]

Shortly after the announcement of Vornado's plans, the staff of 2600: The Hacker Quarterly, a magazine which sponsors biennial HOPE hacker conventions at the hotel, began investigating possible ways to save the hotel from demolition.[6] They were joined by the new Save the Hotel Pennsylvania Foundation, whose members included a number of city organizations and politicians to aid in the landmarking of the hotel, including The Historic District Council, Manhattan Community Board 5, and Assemblymen Richard Gottfried.[7] In November 2007, Manhattan Community Board 5 voted 21-8 to have New York City Council landmark the historic hotel.[8] However in February 2008 the New York City Landmarks Preservation Commission denied the request for landmarking.[9]

Preservation efforts have proven difficult. Emmanuel Goldstein of 2600 noted that while people overseas expressed concern over the fate of the hotel, "New Yorkers might not care enough to get involved. The hotel was old; the rooms weren’t as big and luxurious as other more modern facilities; and New Yorkers simply weren’t in a position to grasp the importance of such a place since they normally don’t need cheap and easily accessible hotels if they already live here."[10]