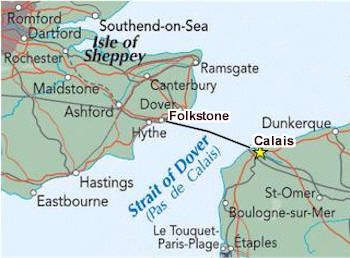 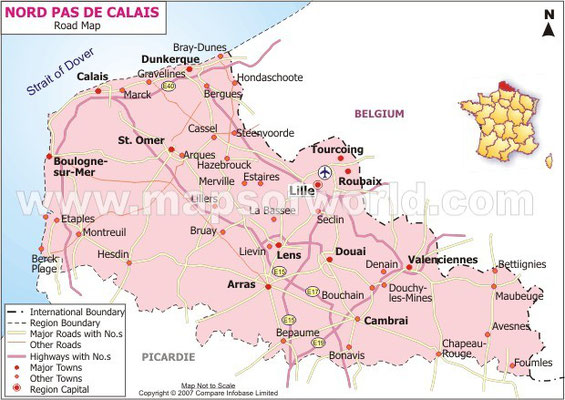 Baba boarded the Orient Express in Calais after taking the ferry across the English Channel, arriving the next day in Milan, Italy. The group was met by Enid Corfe, who brought fruit, biscuits, cheese and cakes for them to eat before proceeding. The train reached Istanbul on the 6th of October, via Venice, Trieste, Belgrade and Sofia. 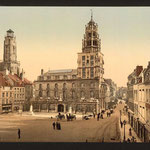 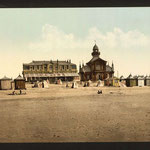 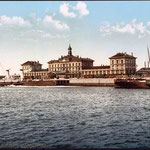 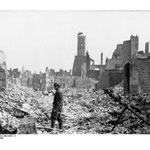 It was a foggy and cold crossing of the English Channel, yet the sea was not rough. They arrived in Calais and traveled on the Continental Express train to Paris, where they arrived at six that evening.

Anita left the group in Paris, since it had been previously decided by Baba that she be sent to Zurich to study at Otto Haas-Heije's art school. The rest of the group boarded the Paris-Orleans Night Express at 8:40 P.M.

Their journey was comfortable in the two compartments they occupied exclusively. The Pickford travel agents had done a fine job and handled all the tour details by having their agents meet them along the way. Baba and the group arrived in Irun, Spain, on the morning of October 23rd at eight o'clock, and thereafter changed trains for Avila. There was some mix-up regarding their seating which left Chanji, Adi Jr. and Tod having to stand for the rest of the journey.

DEPARTING PARIS for London on June 26th, Baba instructed Rano, Nonny and Ruano to remain behind. Travelling by train, Baba and the mandali reached London that same day via Calais and Dover. All the Master's English disciples showed up at Victoria Station to welcome him. Baba stayed at Delia's brother Herbert's apartment at 61 Compayne Gardens, West Hampstead. Elizabeth Patterson, Norina Matchabelli, Kitty Davy, Margaret Craske and Mabel Ryan stayed with Baba. Chanji, Kaka Baria, Adi Jr. and Quentin Tod were accommodated in Margaret Craske's apartment, although they were with Baba most of the time. Chanji and Adi Jr. stayed nearby Baba during the day, and Kaka was with him at night. 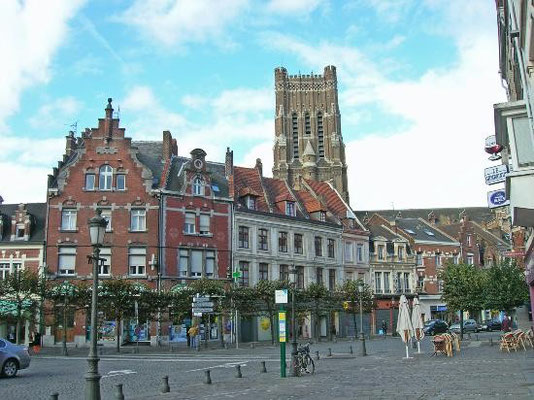 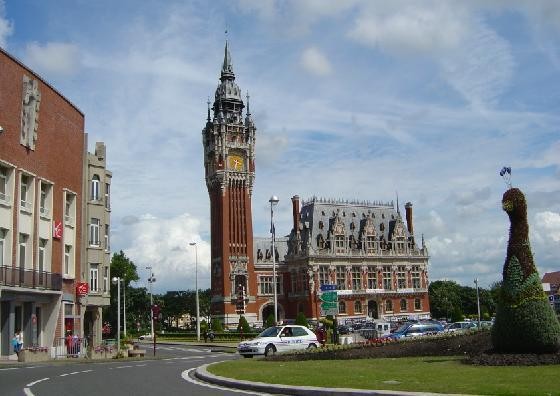 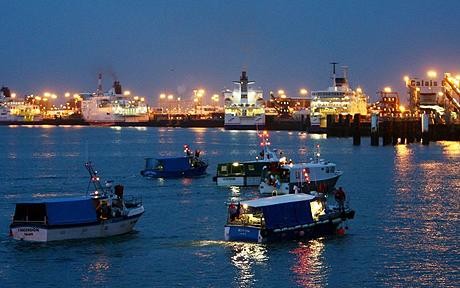 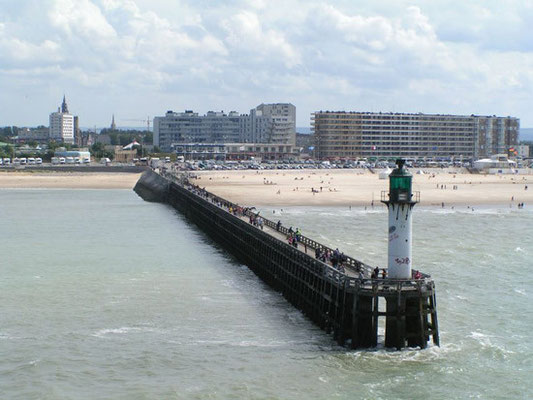 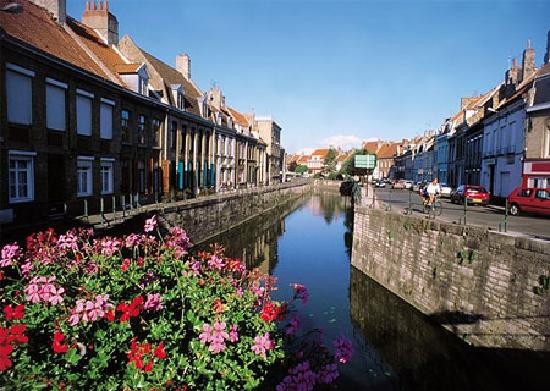 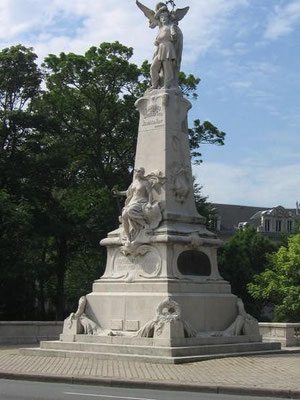 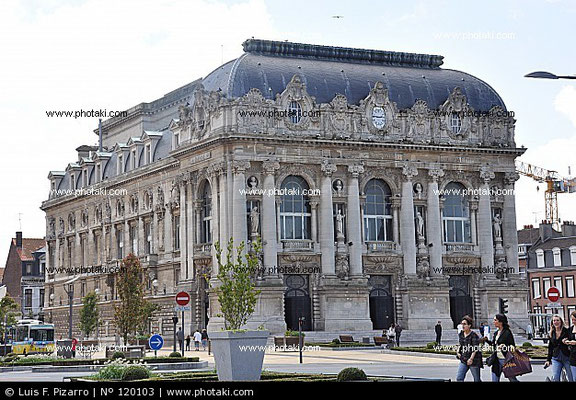 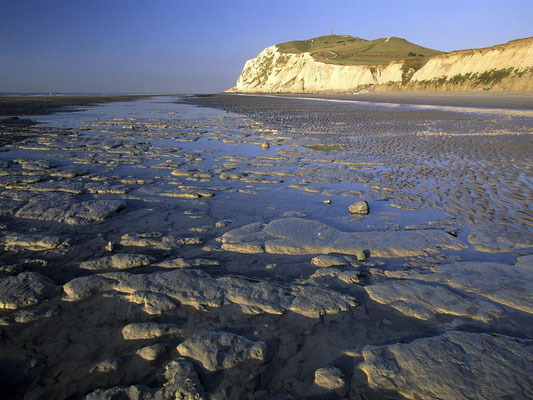 From Wikipedia, the free encyclopedia
This article is about the northern French town. For other uses, see Calais (disambiguation).

Calais overlooks the Strait of Dover, the narrowest point in the English Channel, which is only 34 km (21 miles) wide here, and is the closest French town to England, of which Calais was a territorial possession for several centuries. The white cliffs of Dover can easily be seen on a clear day.

People have lived in Calais since ancient times. The Romans called the settlement Caletum. As the centuries passed it grew in importance as a port. While sovereignty over Calais passed from one authority to another, the people spoke mostly Dutch. Its position as the point in continental Europe closest to England led the English king Edward III, who believed himself the rightful king of France, to cross the Channel and capture the city in 1347. The Treaty of Brétigny in 1360 ceded the city to England. For two centuries Calais remained an integral part of England, with representation in the English Parliament (see Pale of Calais). In 1558 Calais was finally recaptured by the French. In 1805 Napoleon massed troops there for his planned invasion of England. In World War I Calais was a major base for the BEF. In World War II it was the site of a major engagement, the Siege of Calais, in which some 4,000 British soldiers surrendered to the Germans after holding out for four days. Four years later, the Allies mounted Operation Fortitude, a deception campaign intended to convince the Germans that the main Allied landing would come around Calais instead of in Normandy. The Allied effort succeeded in causing Hitler to keep significant forces in and around Calais until July 1944, a month after the Invasion of Normandy had begun. Calais was finally liberated by the Canadian 1st Army later that year. 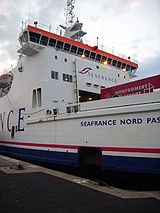 The city's proximity to England has made it a major port for centuries. It is the principal ferry crossing point between England and France, with the vast majority of Channel crossings being made between Dover and Calais. The French end of the Channel Tunnel is also situated in the vicinity of Calais, in Coquelles some 4 miles (6 km) to the west of the town.

The mainstay of the town's economy is, naturally, its port, but it also has a number of indigenous industries. The principal ones are lace making, chemicals, and paper manufacture. It possesses direct rail links to Paris, 148 miles (238 km) to the south.

Calais has restaurants that are popular with English visitors, in the tradition of seaside towns, but shopping is its most popular attraction.

Calais is currently home to around 1000 migrants, mostly looking to enter the U.K. avoiding the strict migration controls at the port.[1][2]

Some 700-800 migrants, mostly Afghan, were camped in an area among the dunes near the port, locally called 'The Jungle', but this was destroyed by French authorities in a dawn raid on September 22, 2009.[3] The inhabitants were partly imprisoned at the nearby Centre de Rétention of Coquelles, but many more were taken to detention centres all over France before being released and having to make the long journey back to Calais by foot. After the closing down of the camp, the French authorities have threatened to repatriate "sans-papiers" ("immigrés en situation irrégulière") to Afghanistan.[4]

As well as the large port, the town is served by two railway stations: Gare de Calais-Fréthun and Gare de Calais-Ville, the former being the first stop on mainland Europe of the Eurostar line.

Free car parking facilities are available in front of the Calais ferry terminal and the maximum stay is of three days.[5]

Calais is represented in association football by the Calais RUFC, and are members of the Championnat National. Calais RUFC have a reputation as being great giant killers in French cup competitions and went as far as the final in the 99/00 season, losing out finally to Nantes.

Virtually the entire town was destroyed by heavy bombardments during World War II, so little in Calais pre-dates the war. The Tour de Guet, situated in Calais Nord on the Places d'Armes, is one of the few surviving pre-war buildings.

The German wartime military headquarters, situated south of the train station in a small park, is today open to the public as a war museum.

The town centre is dominated by its distinctive town hall, built in the Flemish Renaissance style (and visible well out to sea). Directly in front of the town hall is a cast of the statue The Burghers of Calais (French Les Bourgeois de Calais), by Auguste Rodin. The town centre has seen significant regeneration over the past decade.

Another sight is the Alhambra cinema, an arthouse cinema located on the same square as the Hôtel de Ville.

Immediately to the west is the Côte d'Opale, a cliff-lined section of coast that parallels the white cliffs on the British coast and is part of the same geological formation.

On clear days, the buildings of Calais can quite readily be seen with the naked eye from the British shore, 33 km (21 miles) away.