While in Paris, Baba took the women sightseeing, taking a boat ride down the Seine, visiting the Art and Technical Exhibition which was being held at the time, and also the Cathedral of Notre Dame. But wherever they went, there were always so many men about that the Eastern women had to pass by these places with their heads bowed and did not view any of the sights of interest. "It was more like sidewalk seeing than sight-seeing," as one woman put it. 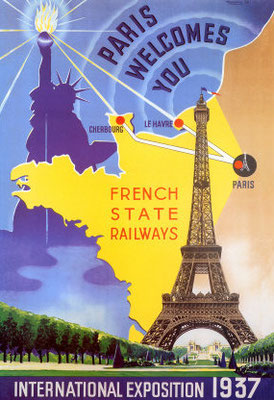 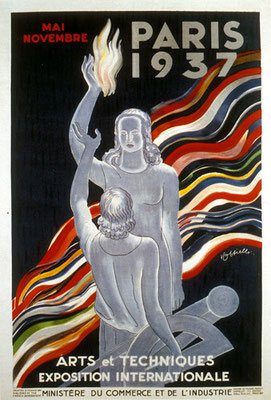 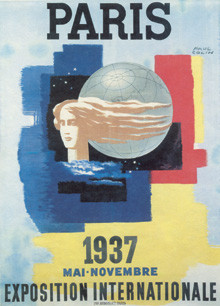 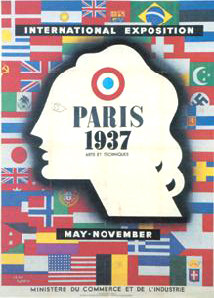 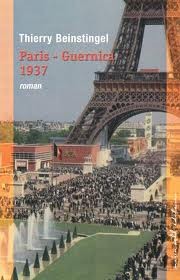 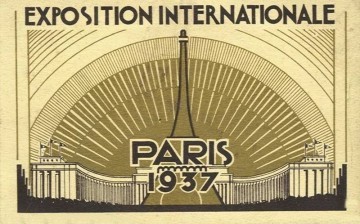 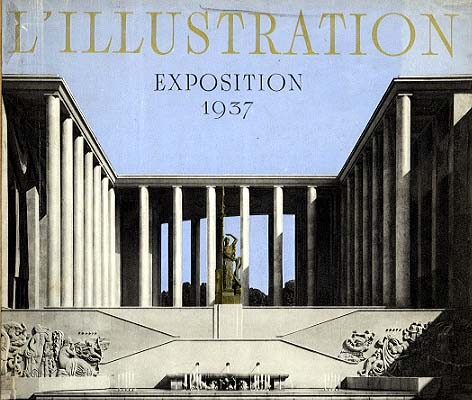 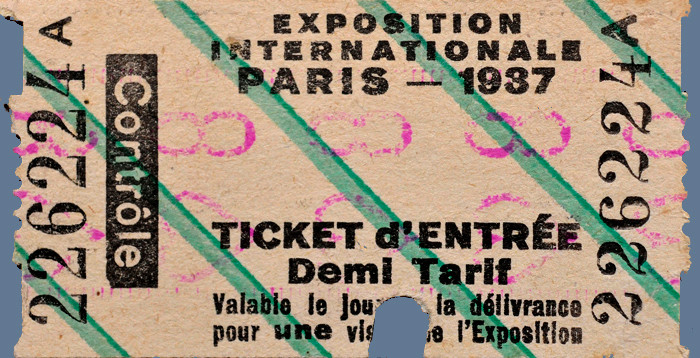 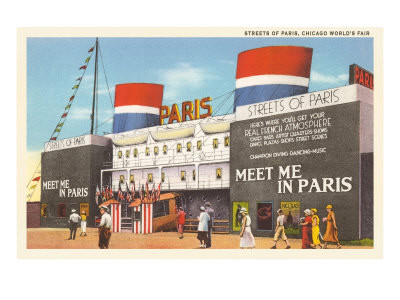 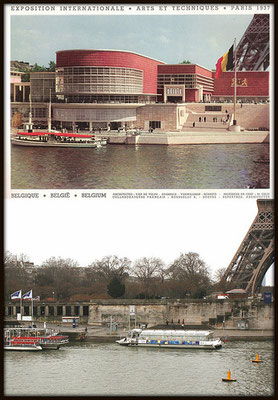 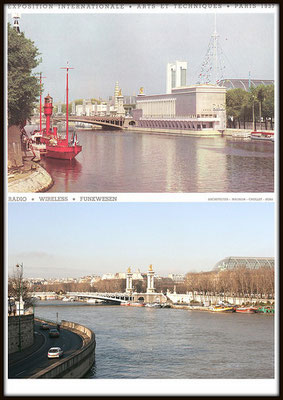 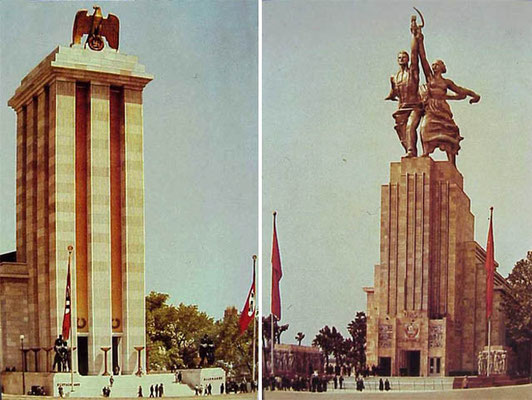 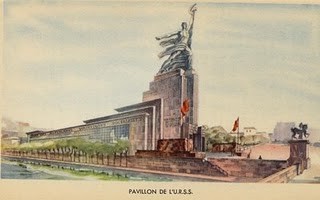 The Exposition Internationale des Arts et Techniques dans la Vie Moderne (International Exposition dedicated to Art and Technology in Modern Life) was held in 1937 in Paris, France. The Musée de l'Homme was created at this occasion.

At first the center piece of the exposition was to be a 2,300-foot (700 m) tower which had a spiraling road to a parking garage locate at the top and a hotel and restaurant located above that. The idea was abandoned as far too expensive.[1]

The Spanish Pavilion attracted attention as the exposition took place during the Spanish Civil War. The pavilion, set up by the Republican government, included Pablo Picasso's famous painting "Guernica", a depiction of the horrors of war.

Polish banner in the foreground. The German pavilion, with an eagle on top, in the background.

Two of the other notable pavilions were those of Nazi Germany and the Soviet Union. The organization of the world exhibition had placed the German and the Soviet pavilions directly across each other.[2] Hitler had desired to withdraw from participation, but his architect Albert Speer convinced him to participate after all, showing Hitler his plans for the German pavilion. Speer later revealed in his autobiographies that he had had a clandestine look at the plans for the Soviet pavilion, and had designed the German pavilion to represent a bulwark against Communism.

Plagued by delay, at the opening day of the exhibition, only the German and the Soviet pavilions were completed. This, as well as the fact that the two pavilions faced each other, turned the exhibition into somewhat of a personal competition between the two great ideological rivals.

Five hundred feet high, Speer's pavilion was completed by a tall tower crowned with the symbols of the Nazi state: an eagle and the swastika. The pavilion was conceived as a monument to "German pride and achievement". It was to broadcast to the world that a new and powerful Germany had a restored sense of national pride. At night, the pavilion was illuminated by floodlights. Josef Thorak's Comradeship stood outside the pavilion, depicting two enormous nude males, clasping hands and standing defiantly side by side, in a pose of defense and racial camaraderie.[2]

Vera Mukhina designed the large figurative sculpture on the Soviet pavilion for the exhibition, whose architect was Boris Iofan. The grand building was topped with Worker and Kolkhoz Woman, a large momentum-exerting statue, of a male worker and a female peasant, their hands thrusting a hammer and a sickle together, in a symbol of worker union.[2]

At the presentation, both Speer and Iofan, who also designed the Palace of Soviets that was planned to be constructed in Moscow, were awarded gold medals for their respective designs. Also, for his model of the Nuremberg party rally grounds, the jury granted Speer, to his and Hitler's surprise, a Grand Prix.[3]

Artist Johanne deRibert Kajanus, mother of composer Georg Kajanus and film-maker Eva Norvind, granddaughter of composer and conductor Robert Kajanus, and grandmother of actress Nailea Norvind, won a bronze medal for her life-size sculpture of 'Mother and Child' at the exhibition[citation needed].

[edit] Festivals of the Exposition