Cick on the under-scored names below to see their web pages on this site.

They arrived at 2 P.M. in Dover and were met by a few Western lovers. Elizabeth Patterson drove Baba, Minta, Will Backett and Herbert Davy to London while the others went by train. They reached London on the evening of October 9th, and stayed at the Hygeia House at 37 Warrington Crescent.

The next day, after lunch at Stephanie Haggard's, Baba met several new people. Among them was Mrs. Dorothy Greenside, an author of spiritual books, who told Baba, "I felt within myself an inspiration which enabled me to write; but all of a sudden, the power seemed to diminish and was lost. I have no desire to write anymore."

"These were mere glimpses," Baba gently replied. "They are always temporary and fleeting. But I will help you. You are not to blame; it was not your fault that this inspiration and power have gone away. The reason is that it was not the time.

"The time was not right for you to have that power, for it to appear and for you to retain it. It is no fault of yours. But with my help, you will have the inspiration. You will regain it and it will then always be with you. One day, you will be able to help humanity much through your writings." Baba's words were so reassuring that Mrs. Greenside felt comforted and happy, firmly believing that she would regain her power of vision and intuition. 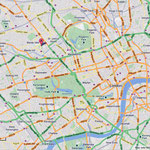 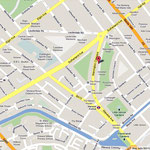 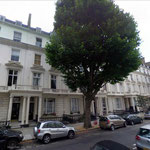 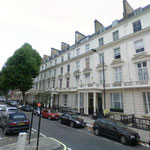 Lieutenant Commander A. B. B. James also saw Baba on the morning of October 11th. When he arrived, it was observed that he was mentally depressed and confused. He looked broken and unhappy for his child was seriously ill, and it caused him and his wife tremendous suffering. Baba had promised him the previous year that the child would recover and their story had been given wide publicity in the newspapers. The fact that Baba's assurance had remained unfulfilled added to the couple's worries. The man's friends and relatives had criticized his faith and devotion to Meher Baba. Commander James had grown desperate and was on the verge of suicide.

Baba pacified him and promised that the child would be cured in another six months, thus Commander James would be relieved of his anxieties. Baba explained to him, "My promise was given last year for certain spiritual reasons of my own. I gave it of my own accord, unasked, knowing full well that it would not be fulfilled and would cause much suffering, which was necessary for your spiritual benefit and in consideration of the connection of you and your child with me in past lives." Commander James was visibly relieved and afterward drove Baba and the mandali in his car through Regents Park.

Henry Strutton, editor of The Occult Review, came to see Baba on October 13th. He was an intellectual seeker, yet highly impressed with Baba. Ernest Davy and a friend came the same day, as did Akbar and Lady Hyderi, Mr. Munshi, and also Charles Purdom.

Mrs. Vincent Scott, who was the daughter of Annie Besant,  came to visit Baba. She said, "I had come to see a friend of mine, but when I learned that you were staying here, too, I came to see you. I am extremely pleased to meet you."

"I am also very happy to have met you," Baba indicated.

They talked about her mother and Baba remarked, "She will be born as a man in India."

"I also think so," said Mrs. Scott. "She loved India so much. She now greatly needs rest."

Reassuring her, Baba stated, "The world is now inclined toward materialism, and to turn toward the higher values of life, it needs help. I will give it this help."

"I believe you will truly do so," said Mrs. Scott. "God is the supporter of everything and the source of all and He is present in all. But He is to be realized and revealed."

"I will help you toward that end," Baba promised.

"I am indebted to you," she replied.

After seeing other interested persons, Baba went back that afternoon to the Q Theater to see a variety show. That night, Baba agreed to meet the other residents of Hygeia House, but stipulated that he would only shake hands, not answer questions.

At 4 P.M. on October 18th, Nonny and Rano promptly entered Hygeia House to meet the Eternal Beloved. They were greeted by Ruano, who told them with sympathy that Baba was very tired and would not be able to see them now. They were dumbstruck. Crestfallen, they were taken to meet Norina, Elizabeth and the Kimco group. While they were talking about Baba, he sent a message: "Since you have come from such a long distance, I will see you. But you must not ask anything or talk to me. You should leave after seeing me."

Baba sent first for Nonny. While Rano nervously waited outside, her mind began working fast. The door slowly opened and Nonny stepped out – her eyes filled with tears. Rano was taken aback, for up to then she considered any person who gave way to their emotions as "silly and sentimental," and could not understand what had happened to her mother.

Meher Baba then called Rano inside. She once described this first meeting.

Later that day, Quentin Tod brought  Ivor Novello, one of the most popular figures in English musical theater of the 1920's, to see Baba. Knowing Novello's character, Baba responded, "There is no need to say anything. For those who feel, there is no need for words and explanations. You have a good heart."

Novello rested his head on Baba's right hand and appeared overwhelmed. Tod told Baba that Ivor Novello was full of love and was always helping others despite his fame. Baba replied, "I am the Ancient One. He belongs to me and has been working, though unconsciously, for me for a long while. But one day, he will know all."

On October 21st, Akbar Hyderi came to Hygeia House and took Baba to the nursing home where his son was recuperating from surgery. After he comforted the Hyderis, Baba visited the homes of other lovers on his return, meeting with each one and giving attention to their needs.

Ivor Novello had invited Baba to see the current comedy in which he had a part. That evening Baba went with his group to see the play, "Proscenium" at the Globe Theater, and Novello gave Baba the box seats usually reserved for royalty. Honored by his presence, the entire cast bowed to Baba at the end of the show and Novello went to the box to receive Baba's embrace. Afterward, Novello introduced Phyllis and Zena Dare to Baba, and extended a cordial invitation to stay at his country house whenever Baba was back in England.

This was Baba's last night in London. When the group returned to Hygeia House, they all joined him in the sitting room in sacred silence for what Baba called "the filling in."

During this visit to England, Baba had again mentioned breaking his silence and the Western devotees in their earnestness had rented a large hall for the event. That night, Baba explained to them, "I find that you all understand me much better this time. I am so pleased with you all. You have all drawn closer to me and have better understood my ways of working.

"But did you really think that I would speak on a definite date in a large hall before a crowd of people? I began my silence without giving a warning and I will speak in the same way. Who knows when! But when I speak, the whole world will know and recognize who I am."

In a teasing mood, as well as in poignant fashion, Baba once remarked to Norina, "When I break my silence, even your eyes will pop!"

The departure preparations began early the next morning, Sunday, October 22nd. Baba had special individual and collective meetings with the Kimco group, and the entire staff of Hygeia House came to shake hands with him. Quite taken by Baba, an elderly chambermaid named Dorothy asked Baba to help her child, and he promised that he would. Baba left the hotel at 11 A.M. and the staff watched from the window and waved goodbye.

At Victoria Station, a crowd of about thirty was there to see him off, despite the fact that his departure was being kept strictly private. His lovers bade him a tearful farewell as the train left.

He is the One who never leaves!
Yet they felt as though their heart was being
taken away to some distant place.
Everything in life seemed dreadfully empty,
void, without Baba among them.

Anita de Caro, Norina, Minta, Herbert and Tod were accompanying Baba and the mandali, along with Tom Sharpley who went as far as Dover to see them off at the ferry. Although Kitty had made all the arrangements, she remained in London to look after her father and continue her work of teaching piano.