Meher Baba visited this suburb of London on the 25th September 1931, travelling by the subway, which he seemed to enjoy. 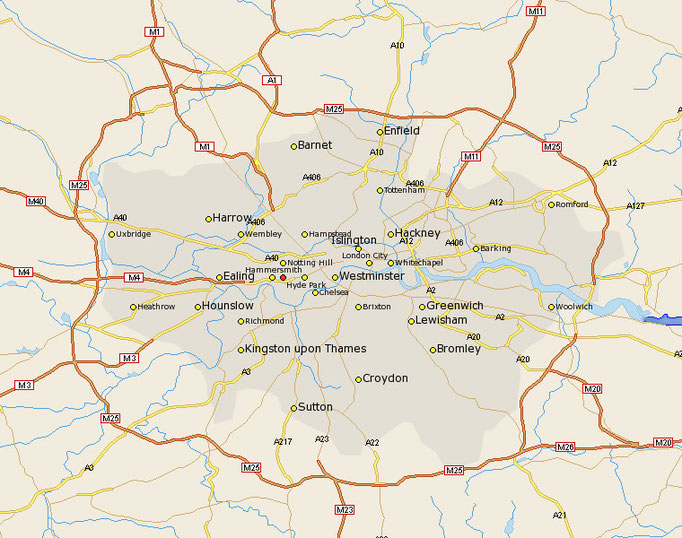 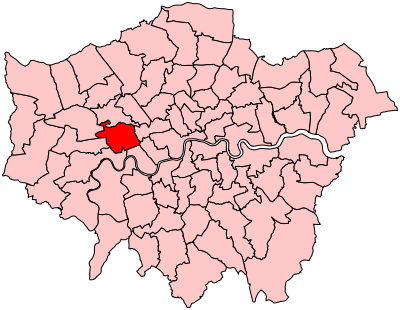 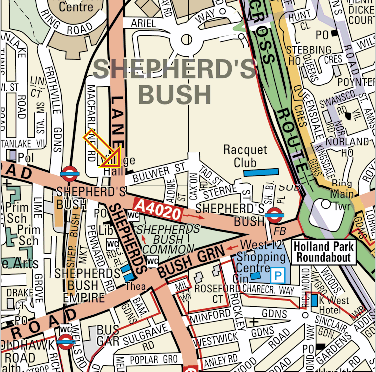 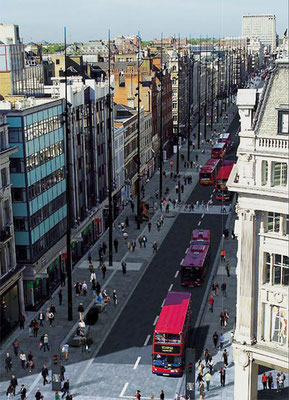 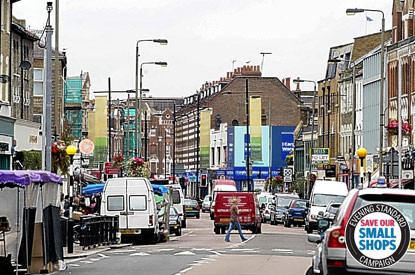 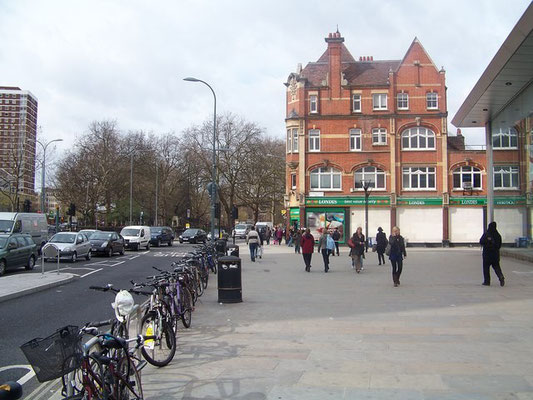 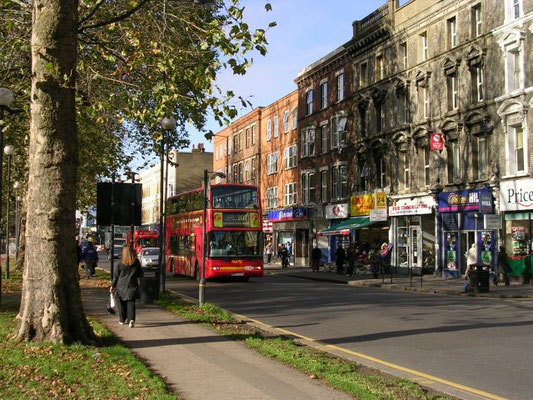 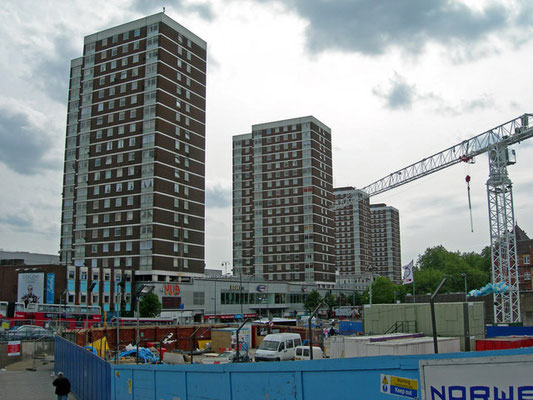 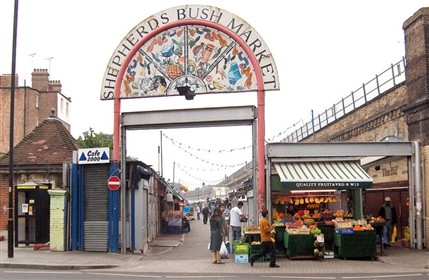 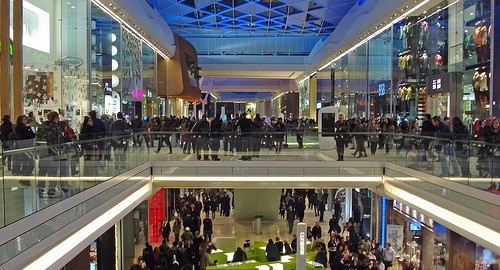 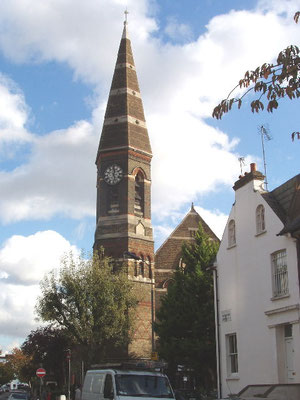 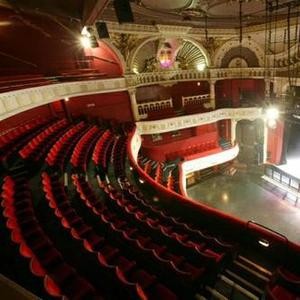 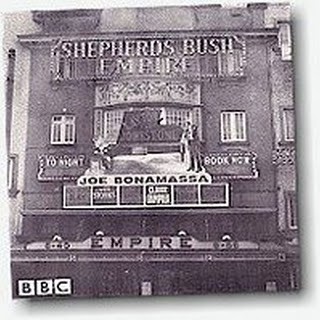 Shepherd's Bush (also Shepherds Bush) is an area of west London in the London Borough of Hammersmith and Fulham, situated 4.9 miles (7.9 km) west of Charing Cross. Although it is primarily residential in character, its focus is the shopping area of Shepherds Bush Green, the north side of which is home to the Westfield shopping centre, the largest urban shopping centre in Europe. The south side also has a smaller shopping centre, West 12, with a supermarket, cinema and gym. The main thoroughfares are Uxbridge Road, Goldhawk Road and Askew Road, all containing a large number of small and mostly independent shops, pubs and restaurants. Loftus Road in Shepherd's Bush is home to Queen's Park Rangers football club.

Shepherds Bush Green, seen from a nearby tower block (September 2006)

The area's focal point is Shepherds Bush Green (or Shepherds Bush Common), an 8 acre (approx) triangular area of open grass surrounded by trees and roads with shops, with Westfield at its north western apex.

The Green is a hub on the local road network, with four main roads radiating from the western side of the green and three roads approaching its eastern apex, meeting at the large Holland Park Roundabout. This position makes it an important node of the bus network, with eighteen bus routes arriving there. It is also served by five London Underground stations (see Transport below); Shepherd's Bush (Central Line), Shepherd's Bush Market (Hammersmith & City Line), White City (Central Line) and Wood Lane (Hammersmith & City Line).

To the east, Shepherds Bush is bounded by the physical barrier to movement of the West London railway line and the grade-separated West Cross Route (part of the aborted 1960s London Motorway Box scheme); the Holland Park Roundabout and the small Addison Bridge to the south are the only ways to cross this barrier from Shepherds Bush.

Most of the areas to the east of the barrier differ significantly in character, being associated with the more affluent Holland Park and Notting Hill - although the Edward Woods Estate just to the northeast of the roundabout is part of and managed by the London Borough of Hammersmith and Fulham, and is therefore more closely associated with Shepherds Bush.

Commercial activity in Shepherd's Bush is now focused on the Westfield shopping centre next to Shepherd's Bush Central line station and on the many small shops which run along the northern side of the Green.

Shops on Uxbridge Road on the north side of the Green

Originally built in the 1970s with a rooftop car park and connecting bridge to the station, the older West12 shopping centre was significantly redeveloped in the 1990s. The bridge was removed, and the centre now houses several chain stores, a 12-screen cinema, gym, pub, restaurants, a Bush Doctors and a supermarket.

The small shops continue along Uxbridge Road to the west for some distance, and another set of shops and restaurants line Goldhawk Road from the Green to the southwest. Many of these establishments cater for the local ethnic minority communities (see Demographics).

Running parallel to, and partly under, an elevated section of the Hammersmith and City Line there is a large permanent market, selling all types of foodstuffs, cooked food, household goods, clothing and bric-à-brac.

The Westfield Group (with Hausinvest Europa) opened a shopping centre in October 2008, bounded by the West Cross Route (A3220, was the M41), the Westway (A40, previously A40(M)), and Wood Lane (opposite the BBC), A219 (also the old A40). This centre is branded "Westfield London" and was mainly constructed on the site of the Franco-British Exhibition (1908) and the 1908 Summer Olympics on land owned by London Underground. However, this area is considered by locals to be part of Shepherds Bush rather than its namesake, White City.

As well as the offices within the BBC TV Centre at Wood Lane, opposite this is Network House, 1 Ariel Way, a 20,000 sq ft (2,000 m2) building that was let by Frost Meadowcroft on behalf of Westfield to Zodiak Entertainment in September 2009[1] and in Rockley Road is the 160,000 sq ft (15,000 m2) Shepherds Building where Endemol another TV company are based and where Jellycat, a soft toy company, relocated their head office to in February 2010.[2]

The residential areas of Shepherds Bush are primarily located to the west of the Green, either side of Uxbridge Road and Goldhawk Road to the southwest, and about as far as Askew Road in the west. Much of the housing in this area consists of three- or four-storey terraces dating from the late 19th century, and subsequently divided up into small flats.

Shepherds Bush is also home to the White City Estate, a huge housing estate that was originally constructed in the 1930s and further extended after the war in the early 1950s. It was built on the site of the grounds of the 1908 Franco-British Exhibition and close to the White City Stadium and has given its name to the northern part of Shepherds Bush which is now better known as White City.

The name Shepherds Bush is thought to have originated from the use of the common land here as a resting point for shepherds on their way to Smithfield Market in the City of London.[3] An alternative theory is that it could have been named after someone in the area, because in 1635 the area was recorded as "Sheppards Bush Green".[4]

Significant communities of travellers from Australia and New Zealand exist in Shepherds Bush. Street names in the area suggest links to South Africa but these were inspired by places and personalities from the Boer War or by their proximity to the former position of the South Africa Pavilion in the White City exhibition area. There is a Polish community, with a community centre in nearby Hammersmith. Somali, West Indian, Syrian, Lebanese, Iranian, Irish, Pakistani and Bangladeshi communities have a strong association with the area. 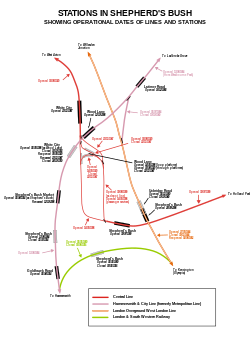 Stations in Shepherd's Bush area. The locations of current and future stations are indicated as well as five closed stations

The common itself is served by five London Underground stations. Shepherd's Bush station, on the Central line at the eastern apex of the common, is the busiest, whilst Shepherd's Bush Market station on the Hammersmith and City line is about 600 m to the west (near the north-western corner of the green). The third station, Goldhawk Road station on the Hammersmith & City line, serves the south-western corner of the green. The primarily residential area to the west of the common, also recognised as part of Shepherd's Bush, is also served by White City and Wood Lane. This area of London is also served by eighteen bus routes.

The construction of a shopping centre at Westfield London has led to the development of two new transport hubs for the area. The "northern interchange" will consist of White City station on the Central line, a new bus station and Wood Lane station on the Hammersmith and City line . The two stations are a short walk apart.

The "southern interchange", comprises another new bus station, the redeveloped Central line station, and the new Shepherd's Bush railway station served by London Overground and Southern on the West London Line. The new station is approximately in the same location as the former Uxbridge Road station which closed in 1940. The opening of the new station was delayed because the platforms were built 18 inches too narrow, and had to be rebuilt.[5][6]

Shepherd's Bush was also the proposed terminus of the West London Tram, an on-street light rail line running to Uxbridge via Acton, Ealing and Southall. This project was cancelled in 2007[7] in favour of an enhanced bus service and the development of Crossrail.