( now known as The Gielgud Theatre )

Ivor Novello had invited Baba to see the current comedy in which he had a part. That evening Baba went with his group to see the play, "Proscenium" at the Globe Theater, and Novello gave Baba the box seats usually reserved for royalty. Honored by his presence, the entire cast bowed to Baba at the end of the show and Novello went to the box to receive Baba's embrace. Afterward, Novello introduced Phyllis and Zena Dare to Baba, and extended a cordial invitation to stay at his country house whenever Baba was back in England. 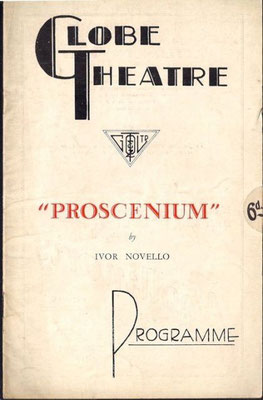 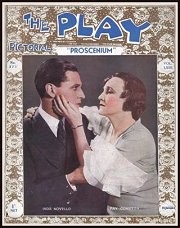 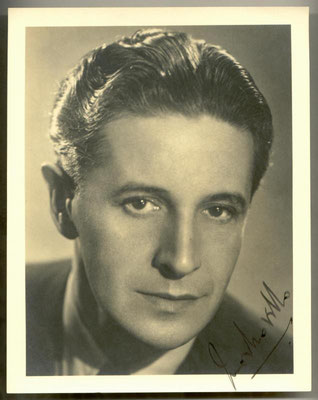 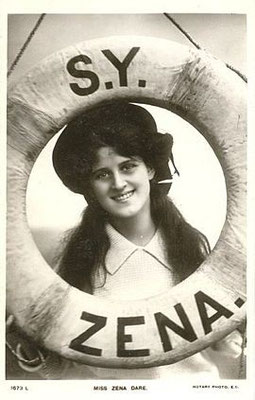 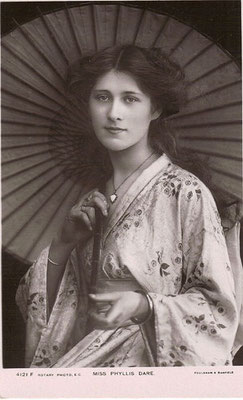 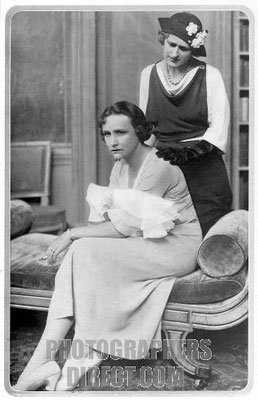 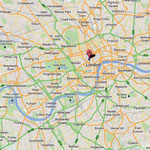 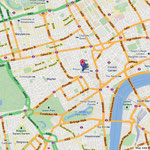 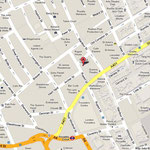 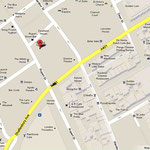 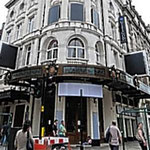 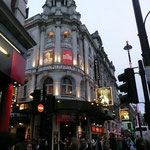 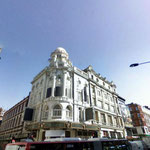 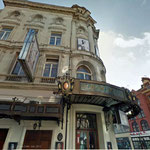 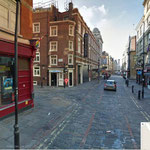 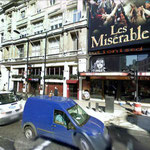 The following images are from the interior of the theatre taken by Ian Grundy in 2012, see Flickr 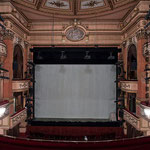 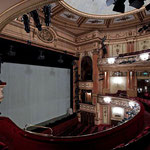 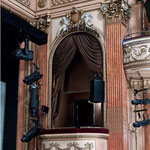 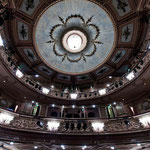 The Gielgud Theatre is a West End theatre, located on Shaftesbury Avenue in the City of Westminster, London, at the corner of Rupert Street. The house currently has 889 seats on three levels.

The theatre opened on 27 December 1906 as the Hicks Theatre in honour of actor, manager and playwright Seymour Hicks, for whom it was built. Designed by W.G.R. Sprague in Louis XVI style, the theatre originally had 970 seats, but over the years boxes and other seats have been removed. The theatre is a pair with the Queen's Theatre, which opened in 1907 on the adjacent street corner.

The first play at the theatre was a musical called The Beauty of Bath by Hicks and Cosmo Hamilton. My Darling, another Hicks musical, followed in 1907, followed by the successful London production of the Straus operetta, A Waltz Dream in 1908. An astonishing event occurred midway through the run of the theatre's next major work, The Dashing Little Duke (1909), which was produced by Hicks. Hicks' wife, Ellaline Terriss, played the title role (a woman playing a man). When she missed several performances due to illness, Hicks stepped into the role — possibly the only case in the history of musical theatre where a husband succeeded to his wife's role.[1]

In 1909, the American impresario Charles Frohman became sole manager of the theatre and renamed the house Globe Theatre and reopened with His Borrowed Plumes written by Winston Churchill's mother, Lady Randolph Churchill. Another "Globe Theatre", located on Newcastle Street, had been demolished in 1902 to make way for the Aldwych, and so the name became available. A number of notable productions ran at this Shaftesbury Avenue theatre and are listed below. Call It A Day by Dodie Smith opened in 1935 and ran for 509 performances, which was considered very successful for the slow inter-war years.

Terence Frisby's There's a Girl in My Soup, opening in 1966, ran for 1,064 performances at the theatre, a record that was not surpassed until Andrew Lloyd Webber's production of the Olivier Award-winning comedy Daisy Pulls It Off by Densie Deegan opened in April 1983 to run for 1,180 performances, the theatre's longest run.[2] In 1987 Peter Shaffer's play Lettice and Lovage was a hit with Maggie Smith and Margaret Tyzack, running for 2 years. The Globe was the home of a resident theatre cat named Beerbohm. The tabby's portrait still hangs in the corridor near the stalls. Beerbohm appeared on stage at least once in every production, forcing the actors to improvise. He always chose to occupy certain actors' dressing rooms while they were at the theatre, including Peter Bowles, Michael Gambon and Penelope Keith. Beerbohm was mentioned several times on Desert Island Discs, and he was the only cat to have received a front page obituary in the theatrical publication, The Stage. He died in March 1995 at the age of 20.[3]

Refurbished in 1987, with extensive work on the gold leaf in the auditorium, the theatre is particularly notable for its beautiful circular Regency staircase, oval gallery and tower. The theatre has presented several Alan Ayckbourn premieres, including 1990's Man of the Moment. More recently, Oscar Wilde's classic comedy, An Ideal Husband (1992) and One Flew Over the Cuckoo's Nest (2004) saw notable revivals.

In 1994, in anticipation of the 1997 opening of a reconstruction of Shakespeare's Globe Theatre on the South Bank by Sam Wanamaker, the theatre was renamed the Gielgud Theatre in honour of British actor John Gielgud. In 2003, Sir Cameron Mackintosh announced plans to refurbish the Gielgud, including a joint entrance foyer, with the adjacent Queen's Theatre, facing on to Shaftesbury Avenue. Mackintosh's Delfont Mackintosh Theatres took over operational control of the Gielgud from Andrew Lloyd Webber's Really Useful Theatres in 2006. The Delfont Mackintosh group also consists of the Noël Coward Theatre, Novello Theatre, Prince Edward Theatre, Prince of Wales Theatre, Queen's Theatre, and Wyndham's Theatre.

Work on the facade of the theatre started in March 2007 and the interior restoration, including reinstating the boxes at the back of the dress circle, was completed in January 2008. The theatre is one of the 40 theatres featured in the 2012 DVD documentary series Great West End Theatres, presented by Donald Sinden.[4]

Gertie Millar and Robert Evett in A Waltz Dream, 1908
Close