Meher Baba was taken on the 25th September 1931 to various places around London including the Zoo at Regent's Park. 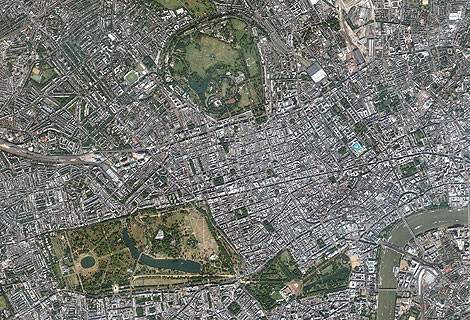 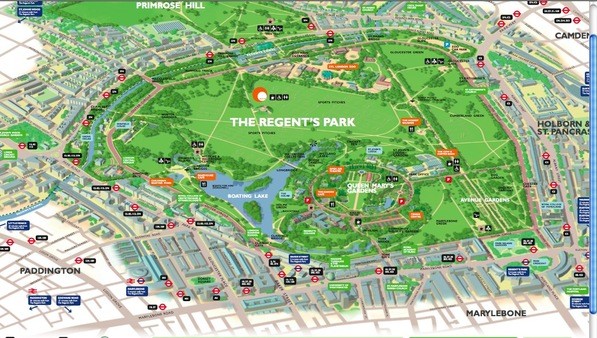 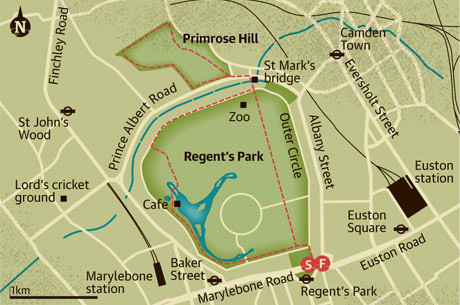 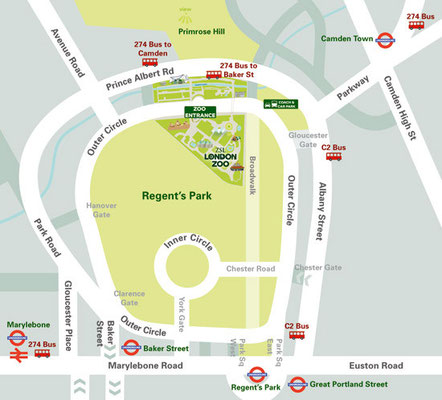 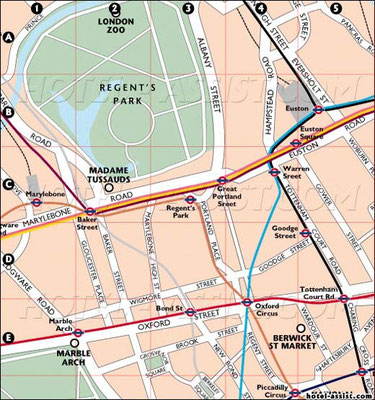 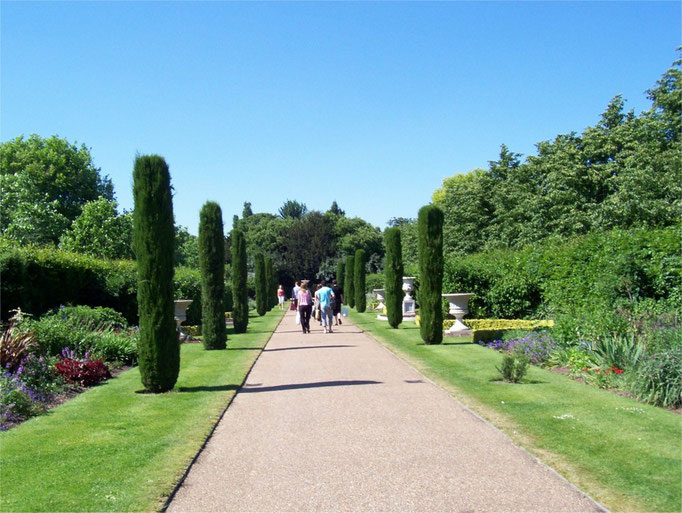 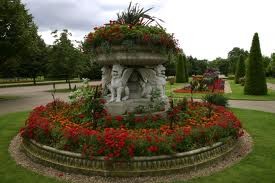 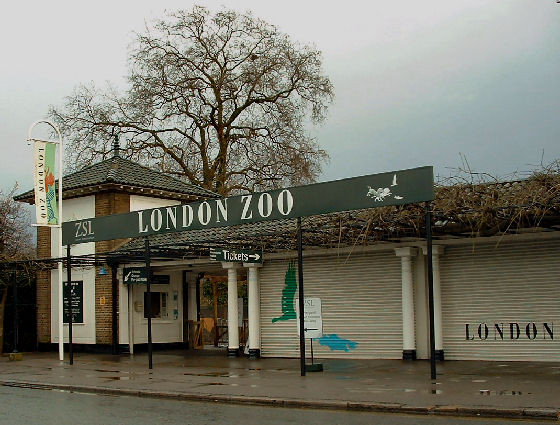 Select London Zoo page from the list on the left.

Regent's Park (officially The Regent's Park) is one of the Royal Parks of London. It is in the north-western part of central London partly in the City of Westminster and partly in the London Borough of Camden.[1]

It contains Regent's College and the London Zoo.

The park has an outer ring road called the Outer Circle (4.3 km) and an inner ring road called the Inner Circle, which surrounds the most carefully tended section of the park, Queen Mary's Gardens. Apart from two link roads between these two, the park is reserved for pedestrians. The south, east and most of the west side of the park are lined with elegant white stucco terraces of houses designed by John Nash. Running through the northern end of the park is Regent's Canal which connects the Grand Union Canal to the former London docks.

The 166 hectare (410 acre) park[2] is mainly open parkland which enjoys a wide range of facilities and amenities including gardens, a lake with a heronry, waterfowl and a boating area, sports pitches, and children's playgrounds. The northern side of the park is the home of London Zoo and the headquarters of the Zoological Society of London. There are several public gardens with flowers and specimen plants, including Queen Mary's Gardens in the Inner Circle, in which the Open Air Theatre is located; the formal Italian Gardens and adjacent informal English Gardens in the south-east corner of the park; and the gardens of St John's Lodge. Winfield House, the official residence of the U.S. Ambassador to the United Kingdom, stands in private grounds in the western section of the park. Nearby is the domed London Central Mosque, better known as Regent's Park mosque, a highly visible landmark.

Located to the south of the Inner Circle is Regent's College, a consortium of institutes of higher education and home of London Business School (LBS), as well as the European Business School London, British American College London (BACL) and Webster Graduate School among others.

Immediately to the north of Regent's Park is Primrose Hill, a park with fine views of Westminster and the City. Primrose Hill is a Royal Park and belongs to the Sovereign along with all the other Royal Parks of the Crown Estate.

The supposition that Primrose Hill is owned and maintained by the Corporation of London is an error that has been the subject of successful Crown litigation in both in the High Court and Court of Appeal.[citation needed]

The public areas of Regent's Park are managed by The Royal Parks, a government agency. The Crown Estate Paving Commission is responsible for managing certain aspects of the built environment of Regent's Park. The park lies within the boundaries of the City of Westminster and the London Borough of Camden, but those authorities have only peripheral input to the management of the park.

The Crown Estate owns the freehold of Regent's Park.

Cumberland Terrace on the eastern side of Regent's Park is the largest of Nash's terraces overlooking the park.

The bandstand and the boating lake in Regent's Park

In the Middle Ages the land was part of the manor of Tyburn, the property of Barking Abbey. In the Dissolution of the Monasteries, Henry VIII appropriated the land, and it has been Crown property ever since, except for the period between 1649 and 1660. It was set aside as a hunting park, known as Marylebone Park, until 1649. It was then let out in small holdings for hay and dairy produce.[3]

When the leases expired in 1811 the Prince Regent (later King George IV) commissioned architect John Nash to create a masterplan for the area. Nash originally envisaged a palace for the Prince and a number of grand detached villas for his friends, but when this was put into action from 1818 onwards, the palace and most of the villas were dropped. However, most of the proposed terraces of houses around the fringes of the park were built. Nash did not complete all the detailed designs himself; in some instances, completion was left in the hands of other architects such as the young Decimus Burton. The Regent Park scheme was integrated with other schemes built for the Prince Regent by Nash, including Regent Street and Carlton House Terrace in a grand sweep of town planning stretching from St. James's Park to Parliament Hill. The park was first opened to the general public in 1845, initially for two days a week.

On 15 January 1867, forty people died when the ice cover on the boating lake collapsed and over 200 people plunged into the lake.[4] The lake was subsequently drained and its depth reduced to four feet before being reopened to the public.[5]

Queen Mary's Gardens in the Inner Circle were created in the 1930s, bringing that part of the park into use by the general public for the first time. The site had originally been used as a plant nursery and had later been leased to the Royal Botanic Society.

In 1982 an IRA bomb was detonated at the bandstand, killing seven soldiers.

The sports pitches, which had been relaid with inadequate drainage after the Second World War, were relaid between 2002 and 2004, and in 2005 a new sports pavilion was constructed.

On 7 July 2006 the Park held an event for people to remember the events of the 7 July 2005 London bombings. Members of the public placed mosaic tiles on to seven purple petals. Later bereaved family members laid yellow tiles in the centre to finish the mosiac.