The making of the album, Monsoon Season, was unplanned and unexpected. After traveling 10,000 miles around the globe and taking a few days to recover from jet lag, I began my daily schedule of guitar playing and composition. This continued daily for ten weeks.

The opportunity to record direct to DAT was a real blessing. Hugh Macdonald, a field engineer and electronics wiz, was in the area at the same time. We arranged two days for recording, and decided to record in the Meher Baba Study Hall. All of this was taking place at Meherabad, Ahmednagar, India, about 150 miles inland from Bombay. This was the home of Meher Baba in the 1920s, 30s, and 40s. The study hall was originally a British military water tank. In the late 1930s, a second floor was built on top of the structure.This was a place of much meditation, prayer, & silence. The atmosphere was serene & spiritual. The acoustics were excellent: tiled floors, high vaulted ceilings, hardwoods and archways.

When I arrived in India I had seventeen compositions on the drawing board in various stages of development. When I started playing daily, I began developing them simultaneously. Later, when I met Parsuram Sherla, I altered some of the rhythmic structures to better facilitate an East/West musical meeting.

Most of my day was spent sitting at the desk in my room. My window opened out onto a veranda which overlooked the neighboring village of Arangaon. As it was the end of the monsoon season, there was a large pond that had been created by the rains. This ultimately dried up by the end of my stay, but in the early period, the local villagers would cool their cattle off in the waters. Village children would also come to swim. Sitting in my room with this as my view, and playing guitar, both in Western and Eastern genres, was my daily experience. This was a window in time and space that had been opened for me for a brief cycle. I was grateful.

Parsuram Sherla, who plays tabla and tambura on this recording, lives in the neighboring village of Arangaon. He was 25 years old at the time. He worked as a general laborer and was a student of tabla. He had been playing seven years and took his studies very seriously.

There are other stories about this trip, but this gives the idea of the musical connection, and the meeting of two musical brothers from cultures thousands of miles and tens of thousands of years apart. Music is sacred to me, as it is with Parsuram. For us, Music is God. I hope that we have honored this path of communion through this serendipitous occasion. 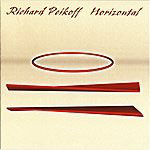 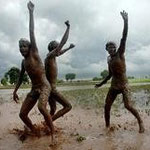 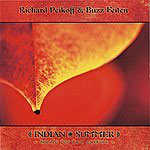 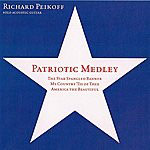