On February 12th 1981 Dona West looked at her sweet baby through the glass of the nursery, water frozen and snow pouring outside, as another woman pointed and noted, “Look at that poor, thing, ain't it pitiful.” The pity wore off, and the line turned into, “sit down here sweetie and sing us a song,” It was the coaxing of calico dressed old mountain women, elementary school janitors, southern Baptist preachers and opinionated uncles that convinced one small and slightly pitiful child that she was pretty damn special. Enough people told Angi West she could really sing, or win a heart or two, that she started to believe them. With an arsenal of learned confidence that is born of unwanted pity and a song for every season, Angi twists and turns through genres, always calling the songs back to the mountains and to a far off love of the early operatic melodies. Whatever the tag line to describe her music – post folk – Appalachian anti pop – operatic avant-garde folk rock – whimsical – she remains a slave to the melodies that move her and writes straight from the loneliness and hope that surround everyone.

“West is a musician with no shortage of potential, and seeing where she goes with it is just one benefit of having another gifted songwriter in our midst. She writes thoughtfully arranged tunes that wander through elements of folk, sun-dappled guitar and piano-driven pop and the occasional hint at twangy alt-country…” Chris Cooper – Smoky Mtn. New

“Angi West is ambitious, intelligent, and unafraid. She is also gracious, humble and kind. Of all her attributes, the one that stands out the most is the one that all of us could use a little more of. — Angi West has hope.” Amanda Brumfield – Pop Rock Candy Mountain

“The genuine-ness of her material and do-it-yourself initiative are a sign of the times. “The days of the pop star are over,” the singer says. Now it’s her time to shine.” – Alli Marshall for Verve 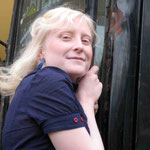 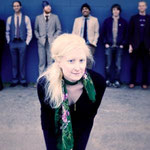 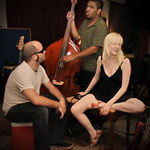 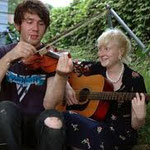 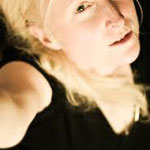 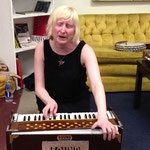 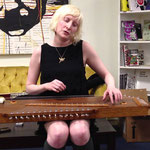 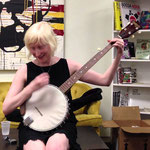