On December 18th 1932,  Baba, Chanji and Agha Ali boarded the English ship S. S. Narkunda for their voyage to India. Baba had taken the Paul Robeson records back with him and would have them played in his cabin. On December 23rd, it was observed that Baba wept while listening to Robeson sing Feed My Sheep – thinking of the new lovers he had left behind and their grief at his departure.

The entry in the book "Lord Meher" by Bhau Kalchuri has this ship transporting Meher Baba and his men mandali from Marseilles, France to Bombay, India.

There is another account of this voyage which has the "Narkunda" transporting Meher Baba and co. from Marseilles to Bombay ( Mumbai ) via Port Said, Egypt. The group reached Bombay on the 25th December 1932. 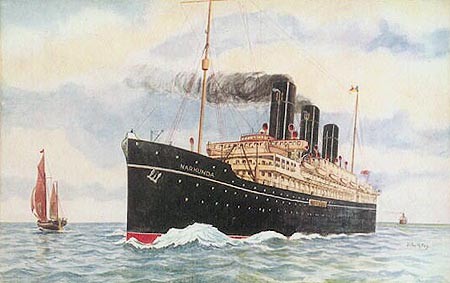 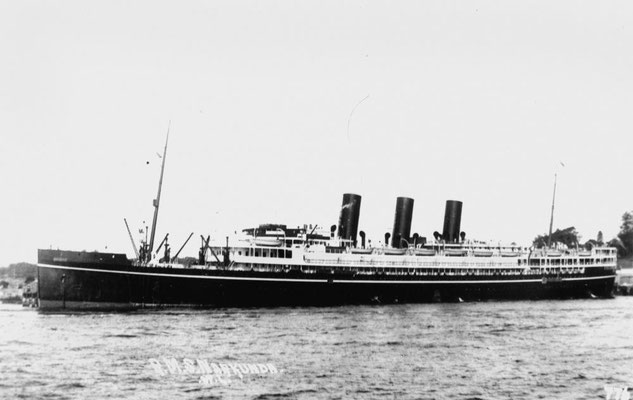 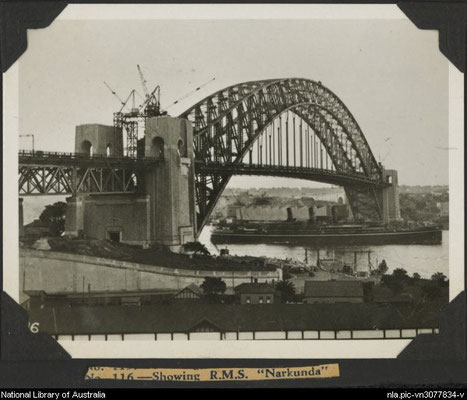 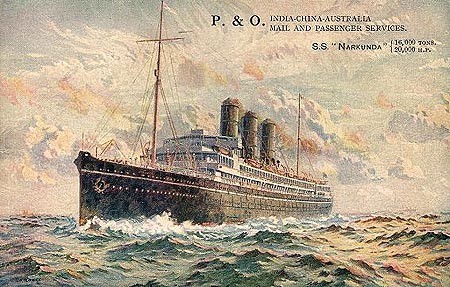 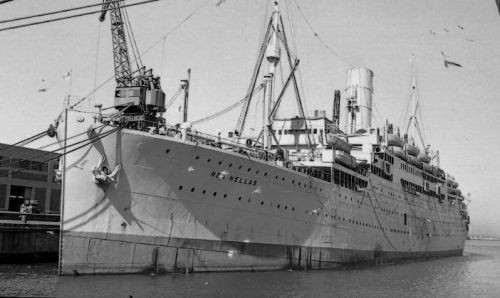 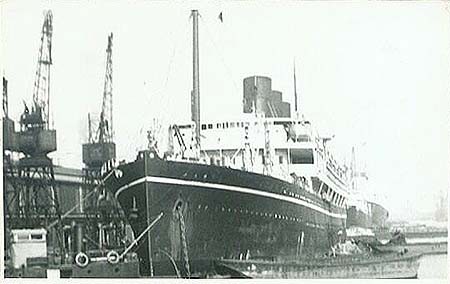 News of the Japanese attack on the American Naval base at Pearl Harbour in Hawaii was given, and the men knew now, that the U.S.A. was at last in the war.

Later the Union Jack and the ANZAC clubs would do a roaring trade as the homesick men drank to the health of their families and friends preparing for Christmas back home. Then they enjoyed the sights, sounds and hospitality of Durban.

After a couple of blissful days, Dennis’ regiment and 6th HAA were told that they had to change ships. On the 21st, the “Narkunda” was to be their home for the next stage of the voyage. After a further couple of balmy days sightseeing, they once more boarded the Narkunda to find that leave for the following day was cancelled as they were now under sailing orders. They were to sail on the 24th and all thoughts of a Christmas Eve ashore were dashed.

Before they were to sail, volunteers were asked for to man a gun on the bow of the “Sussex”. Dennis and his cousin, Vern, stepped forward. They preferred the new ship to the scruffy “Narkunda” and looked forward to a more pleasant voyage. But Dennis was out of luck as just before cast off, he was called back to his original post on the “Narkunda”. He never knew why.

On the 24th, she steamed out of the harbour and their hopes were lifted as she returned to the dock. She had lost an anchor and had to have a new one fitted. They all thought they would be ashore after all. But luck had failed them as the engineers made a speedy repair and once more they were off out into the open sea.

Life on board ship was as good as could be expected among the thousands of troops, but being in a humid climate, trouble started to brew. Below decks the heat started to build up among so many men and complaints followed as to the quality of the food. A mutiny was in the offing but was avoided as fans were provided and the food improved.

“Narkunda”, P& O’s largest ship built in 1920, was to transport the 6th HAA and the 35th LAA regiments of the Royal Artillery. This British ship of 16,632 tons was one of four merchant ships in the convoy.

The “Abbekerk, a Dutch ship and the smallest at 7,906 tons, carried ammunition and 16 troops.

Leaving Durban on the 24th Dec, the convoy set sail with one naval escort and after a few days a sea, it split into two convoys and changed course. Due to the situation with the invading Japanese Imperial army, some of the ships were to be diverted to Singapore.

Unfortunately, Dennis, Sam and my dad were on this convoy.

Later, “HMS Emerald” accompanied with an American converted liner, the “Mount Vernon” would join the convoy at sea. Originally, the “S.S. Washington”, the ship was acquired by the Royal Navy from the Americans and renamed the “Mount Vernon”. Weighing in at 22,559 tons, she was the largest of the convoy. She carried 4882 men and 221 officers of the 18th Division

This convoy was codenamed DM 1 and days later on the 4th Jan, the “Narkunda” was refuelled from a tanker at the beautiful Maldive Islands. Once again the troops were not allowed off the ship and they could only gaze at the golden sands and palm trees in the distance. The next day on the 5th Jan, the convoy continued its journey to Singapore.