Meher Baba along with his men mandali ( Chanj, Kaka Baria and Adi Jrn. ) departed Marseilles on the 20th July 1934 reaching Bombay on the 2nd August. This concluded his 7th journey to Europe.

Baba sent Rano, Ruano and Nonny back to Paris on July 20th. He sailed for India the same day with Chanji, Kaka and Adi Jr. on board the S. S. Strathnavar. Norina and Elizabeth sailed for America to carry on Baba's work concerning the producing of the film, and Tod, Delia, Margaret and Mabel went to Spain for a rest. Margaret Craske once related about Baba's visits, "It used to be that when Baba came for a week or so, we were exhausted, absolutely drained after he left. We had done nothing, but he drained us."

The S. S. Strathnavar ship reached Bombay on August 2nd, and Baba went directly to Nasik the same day. After bringing Rustom up to date on the film's progress and meeting others there, Baba returned to Meherabad on the evening of August 3rd.

Baba left Meherabad for Bombay on July 29th to begin his journey to France. He was accompanied by Mehera, sister Mani, Naja, Khorshed, Soonamasi, Valu, and also Chanji, Kaka and Nilu. From Nasik, Norina, Elizabeth, Nonny, Rano, Malcolm, Jean and Tom had arrived in Bombay a day ahead with Rustom's second son, Falu, who was going to England for his studies. The Western group was joining Baba on the voyage. When Baba and the women mandali arrived in Bombay, Baba did not wish any of his lovers to see him at the train station. After spending a day at the Regent Hotel, Baba and the group boarded the Strathnavar on Saturday, July 31st, 1937, and sailed for Marseilles at 1:00 P.M. The two dogs Kippy and Canute also went with them.

For the first few days the sea was very rough and all remained in their cabins. But even when the weather improved, the women mandali had to remain in seclusion in their cabins. They would only be taken out on deck of the ship when all the other passengers had retired for the night so that no one would see them. When Baba brought them up at night, Kaka and Chanji were posted to watch their cabins.

The Westerners, however, were unrestricted in their movements and could move about the ship at any time, except for Rano who was kept aloof like the Eastern women. Once Baba found Rano on deck and asked her why she was there. Rano explained that the cabin was stuffy and she needed fresh air. Baba scolded her, "Unless I direct you otherwise, do not step out of your cabin." Rano returned, but after that incident Baba permitted her to walk on the deck for two hours each day, but she had to be accompanied by Norina.

Travelling on the same ship was Ramchandra Gadekar, the son of the humble sandal cobbler who was deeply connected with the Master. Gadekar had won a government scholarship to study education at the University of Edinburgh in Scotland. Actually, Baba had informed Gadekar in advance that he would be travelling to France on the Strathnavar, but he had instructed Gadekar not to tell anyone. So when Gadekar's wife, Gunatai, and their two children saw him off in Bombay, they were delighted to find Baba and the mandali on board. To Gunatai, Baba remarked, "Do not worry. I am with your husband."

Another fortunate fellow traveler was the young dancer Audrey Williams, an acquaintance of Margaret Craske's, who

had  not seen Baba since 1933 in Europe. Audrey had joined the dance company called De Basil Ballets Russes de Monte Carlo and was returning there from Australia. Being in Baba's presence again, she recalled, "With him, one still had this feeling of eternal happiness." This was to be her last meeting with Baba.

BABA and the group reached Marseilles at six o'clock on the morning of August 13th and were met by Delia DeLeon. They then traveled by train to Cannes, reaching there about four in the afternoon. Prior to Baba's arrival, Kitty Davy had gone to Cannes at the end of June and rented villas with the help of Delia and Norina's sister, Gita Bloum. 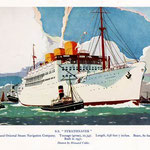 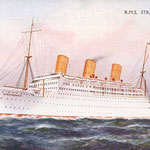 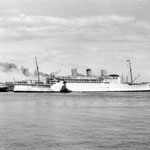 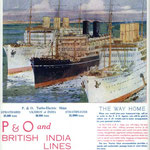 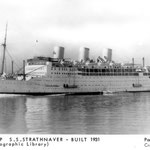 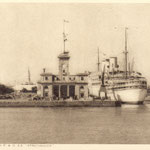 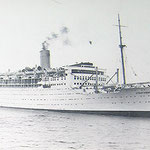 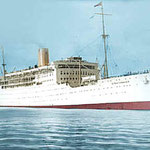 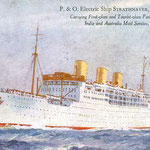 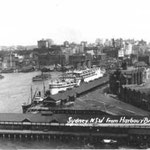 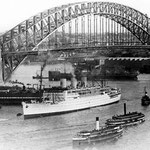 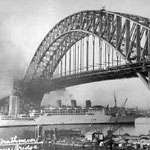 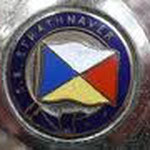 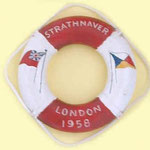 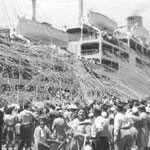 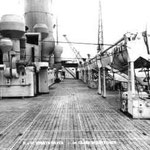 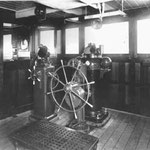 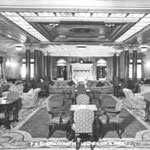 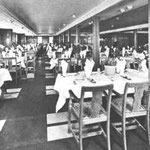 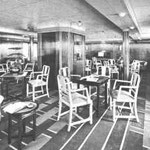 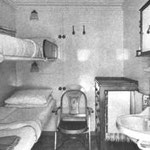 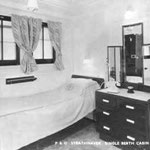 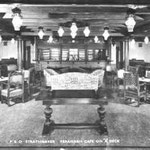 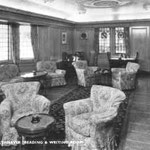 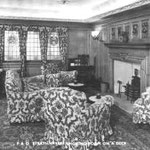 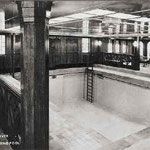 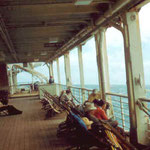 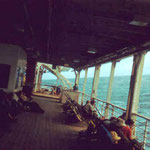 Welcome to our website paying tribute to the famous P&O White Sisters - RMS Strathnaver and RMS Strathaird. This first pair of the "Strath" ships were the crowning glory of the P&O fleet expansion of the 1930s. They introduced yet higher standards to the Australian mail service and are remembered with great affection by former passengers and crew members alike. The Strathnaver and Strathaird were imposing ships and were the first major P&O passenger ships to adopt the all-white hulls and buff funnels livery that was later to become P&O's signature livery. Indeed this colour scheme is still carried today by the cruise ships of P&O Cruises. They also adopted the turbo-electric machinery first pioneered on the Viceroy of India in 1929