The only mention of this ship is in the book "Lord Meher" by Bhau Kalchuri.

They name this ship  " Maldera" . There is no such ship by that name. The only ship that resembled the name and actually sailed at this time and sea route is the "Naldera".

This photo was taken at the port of Venice, when Meher Baba and his mandali men arrived and greeted by Enid & Norina on the 2nd December 1932 aboard the SS. Conde Verde.


Baba arrived in Alexandria at 5 P.M. on December l9th ( 1933 ). Departing as instructed, Adi Jr., Vishnu and Jal left by train for Port Said, where they sailed for India on the **Naldera. Meanwhile, Baba, Kaka and Quentin went on to Cairo and arrived at six o'clock the next morning. They stayed at the small hotel, Pension Morandi, which was run by a Signor Morandi. 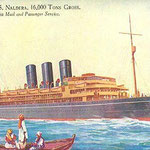 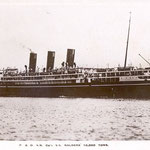 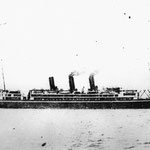 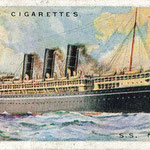 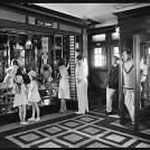 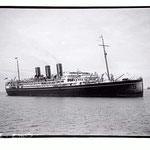 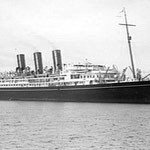 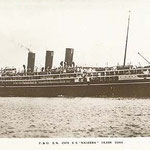 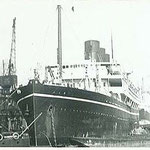 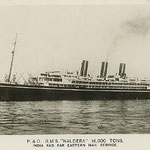 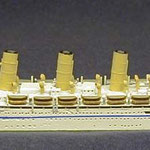 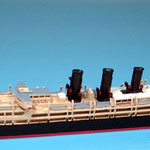 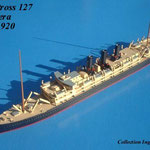 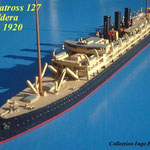 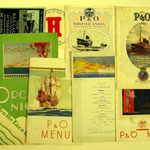 built by Caird & Company Greenock,
Yard No 330
Engines by Shipbuilders

Remarks:
03/11/1913: Ordered, but work on her was suspended at the outbreak of war.
29/12/1917: Launched for The Peninsular and Oriental Steam Navigation Company, London.
05/1918: Completed as a troopship, but never entered service. The Government seemed to have had no clear idea of what to do with her: successive plans were apparently to make her an armed merchant cruiser with two low funnels, a fast cargo liner, a troopship, a hospital ship, and a seaplane carrier. It was said that in a few months she had been everything but a submarine!
24/03/1920: Ran trials and delivered. She could carry 426 First Class and 247 Second Class passengers. The first P&O ship with three funnels, and the last of 83 ships built by Caird’s for P&O before the yard was taken over by Harland & Wolff. She was intended to have white upperworks but appeared with the conventional P&O buff; it is said that her ‘old ivory’ saloon decorations were criticised by inartistic passengers who thought they were merely dirty white. She remained coal~burning to the end of her career, although it had been intended to convert her to oil fuel in 1927, and she was the last coal~burning mail steamer in the P&O fleet.
10/04/1920: Left on her maiden voyage to Sydney, and ran on the route until moving to the London/Bombay/Far East service in 1931.
29/07/1921: Ran into CLAN LAMONT, which was at anchor in Bombay harbour, needing two days’ repairs to her bows.
02/10/1924: Collided with steamer SCOTSTOUN when docking at Tilbury.
07/1930: Hundreds of tons of frozen meat had to be jettisoned after No 2 hold flooded in bad weather between Fremantle and Colombo.
10/1934: Aground for 24 hours in the Suez Canal.
16/01/1937: Damaged her starboard screw while docking in Southampton, a replacement taking 36 hours to fit in dry dock.
23/09/1938: Last arrival at Tilbury, from Kobe. Soon afterwards she was chartered by the Government to carry 2,000 members of the British Legion Volunteer Police across the North Sea en route for Czechoslovakia where they were supposed to monitor the plebiscite in the Sudetenland on the borders with Germany, but the agreement was repudiated by Hitler and the volunteers were stood down.
09/11/1938: Sold for £35,500 to P and W MacLellan Ltd, for demolition at Bo’ness.
11/11/1938: Delivered.
Previous update by Paul Strathdee.
Previous update by John Newth
Photo supplied by Stuart Cameron
Previous update by George Robinson