Lord Meher refers to this ship as the Britannica . There is no ship by this name.

The Perfect Master book mentions this ship as the Britannia on page 193.

The dilemma is, which of these 2 ships is the actual ship that carried the Westerners back to Europe. Presently, I've decided to include both ship entries until further confirmation. 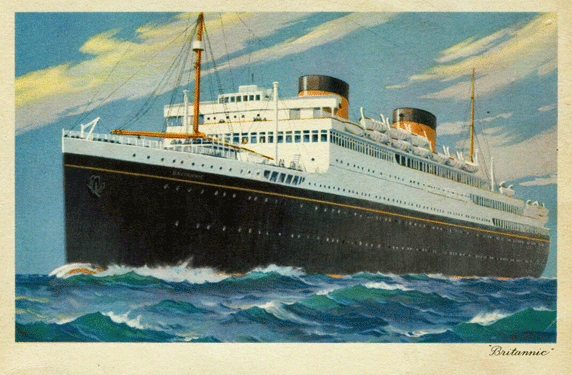 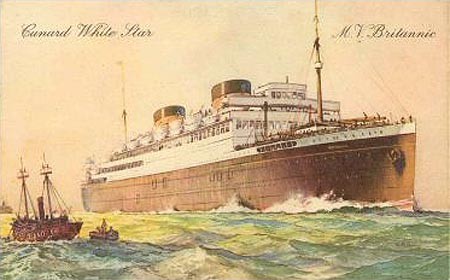 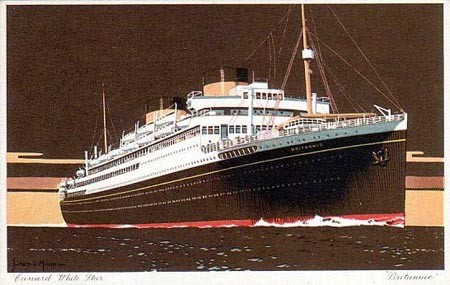 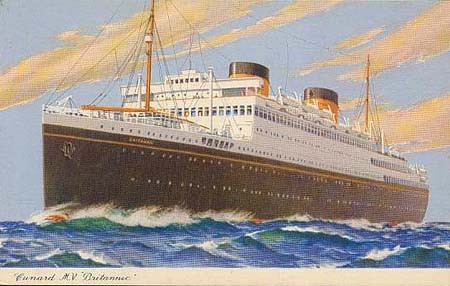 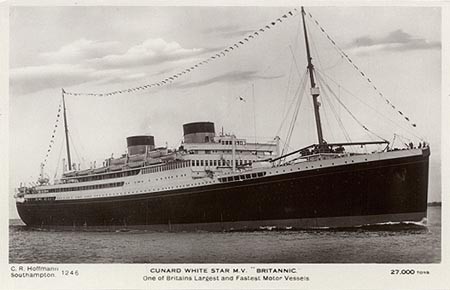 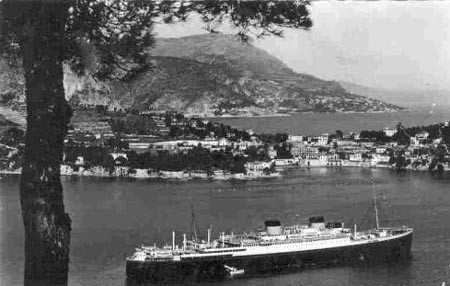 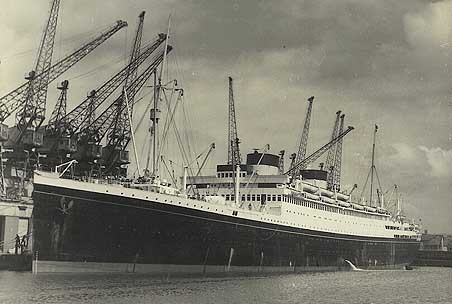 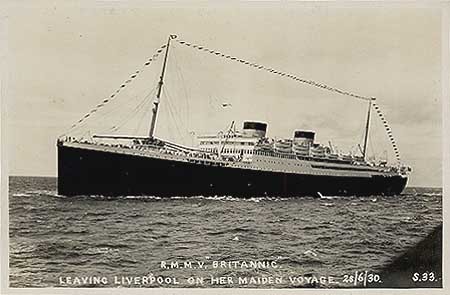 RMS Britannic was an ocean liner of the White Star Line, the company's third ship to bear the name. She was built by Harland & Wolff in Belfast. She was launched on 6 August 1929. Like her nearly-identical sister RMS Georgic, Britannic was a motorship powered by diesel engines. She measured 26,943 gross tons and was 712 feet (217 m) long. At the time of her launch she was the largest British-built motor liner. These two would be the only White Star motorships. Britannic was a popular passenger liner, as she represented what was then the latest in interior Art Deco decor and furnishings, as well as the "Motor Cabin Ship" style, which featured squat smokestacks and a sleek profile.

Britannic made her maiden voyage (Liverpool-Belfast-Glasgow-New York) on 28 June 1930, and generally spent her summers on the North Atlantic and her winters cruising touring the Caribbean out of New York. She remained on that route until she became part of Cunard White Star in 1934. In 1935, she moved to the London-New York service and remained there until World War II began.

In 1950, Cunard White Star reverted to being the Cunard Line, leaving Britannic and her sister Georgic as the last White Star Line vessels in service. Both the ships continued service in their original White Star's colours and flew the White Star house flag for the rest of their careers, although from 1950 on, the Cunard house flag flew above the burgee.

In June 1950, she collided with the United States liner Pioneer Land in the Ambrose Channel, but was still seaworthy afterward.

Britannic made her final Liverpool-New York sailing, and the final transatlantic crossing by any White Star ship,[1] in November 1960. Her final departure from New York on 25 November 1960, was marked by the same fireboat escort which normally accompanied maiden voyages. She arrived at Liverpool for the last time on 2 December 1960, and made White Star's final departure from Liverpool on 16 December 1960 when she left under her own power for the shipbreakers. Lengthy engine repairs and a broken crankshaft hastened her removal from service in her last year