Baba had instructed Margaret Craske and Delia DeLeon to come to India from England, if war broke out. They had

both gone to the government office in London to get permission to leave the country, but were told that unless they had urgent business abroad, or special reasons for going, permission would not be granted. When Delia applied, she was plainly refused permission. However, Margaret was given a permit to leave because she had been acting as the guardian for Falu Irani (Rustom's and Freiny's son), who was studying in England. She had told the officials the boy could not travel alone. The officials thought Falu was a maharaja's son the way Margaret was carrying on. So, the two of them sailed from England on the City of Marseilles and landed in Colombo on the 30th of October. They were met by Swamiji, and arrived in Bangalore on November 1st, where Margaret began living with Baba at the Links. Falu stayed with his mother, Freiny, and Adi Sr. in a separate bungalow. Margaret later remarked, "Perhaps, because of the war, Baba had to have a link to England of someone coming to India."

Meanwhile, Delia became terribly upset, as she too had wanted to join Baba in India. Baba cabled her: "Not to worry. You are where I want you to be." At the time, Delia had no idea her brother-in-law had cabled Baba behind her back, saying Delia's mother needed her to look after her there in England. 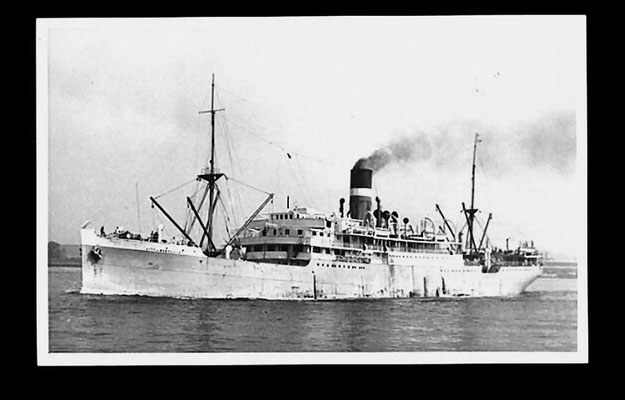 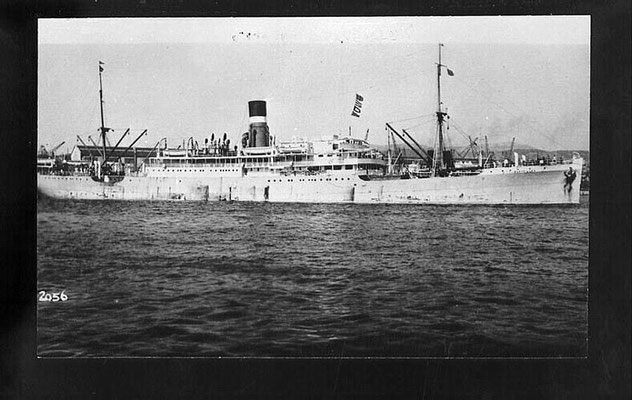 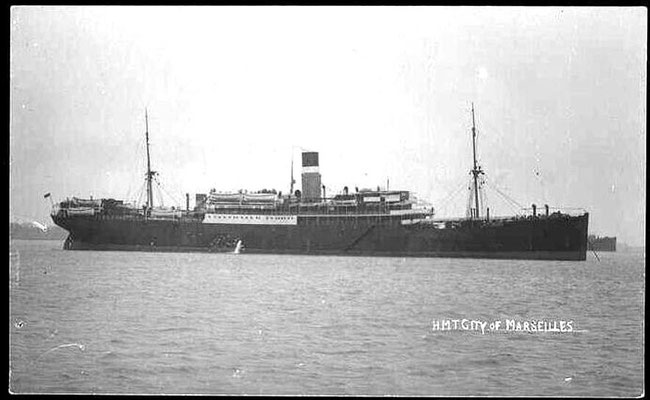 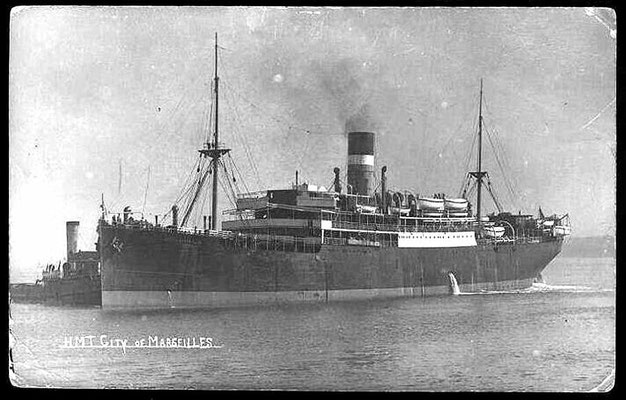 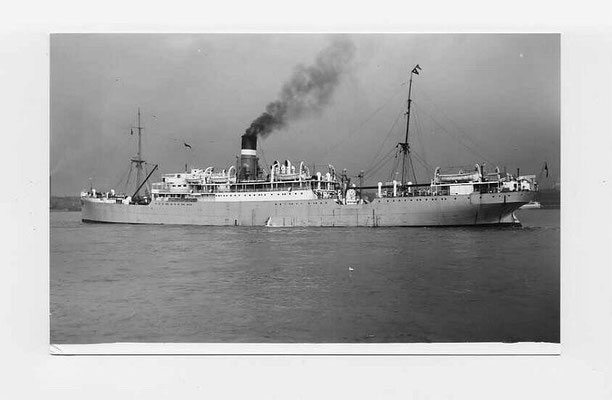 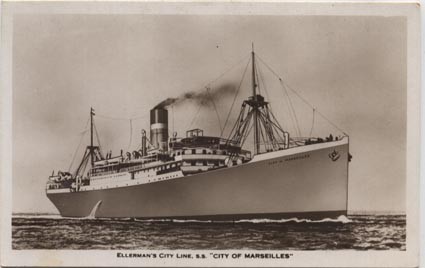 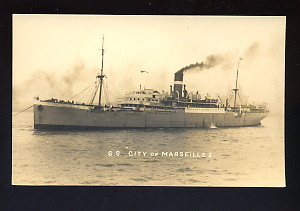 
8250 gross tons, length 469.3ft x beam 57ft, one funnel, two masts, twin screw, speed 14 knots. Accommodation for 141-1st and 46-2nd class passengers. Launched on 26th Oct.1912 by Palmers Co Ltd, Jarrow-on-Tyne for Ellerman's Hall Line, she left Liverpool on 26th Jan.1913 on her maiden voyage to New York, Port Said and Bombay. She subsequently sailed between Liverpool and Bombay. On 23rd Nov.1915 she was attacked by a submarine en route Liverpool - Bombay and hit it with her gunfire. In Nov.1916 she picked up 95 survivors from P & O Line's ARABIA which had been torpedoed SW of Cape Matapan. In 1921 she was used for New York - Port Said - Bombay voyages for Ellerman Bucknall's American & Indian Line service, later via Marseilles and Naples. Between 1923 and 1930 she made regular seasonal trooping voyages to India until replaced by Bibby Line's LANCASHIRE. Damaged by a mine off the River Tay on 6th Jan.1940, but repaired. Stranded at Ceylon on 22nd Jan.1943 but refloated. Scrapped 1947.[Merchant Fleets by Duncan Haws, vol.16, Ellerman Lines]