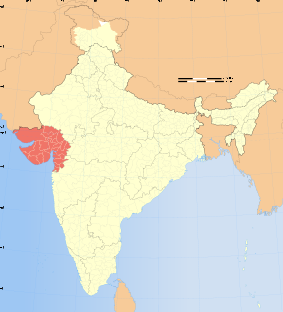 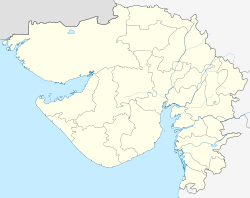 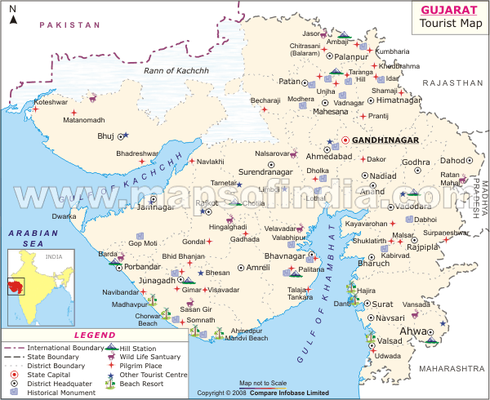 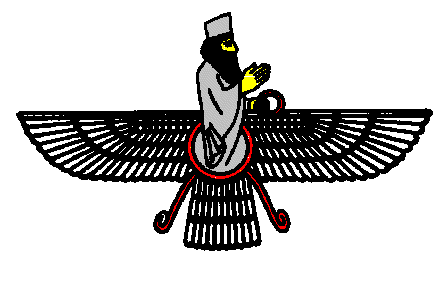 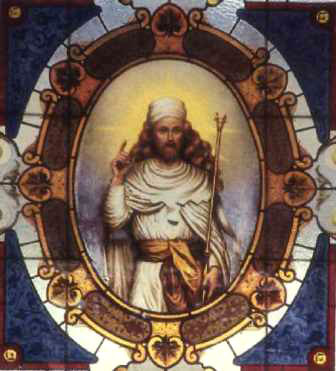 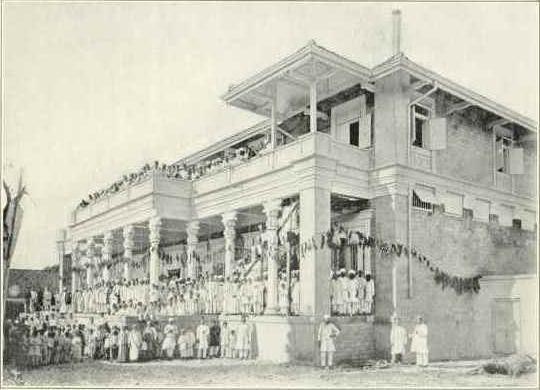 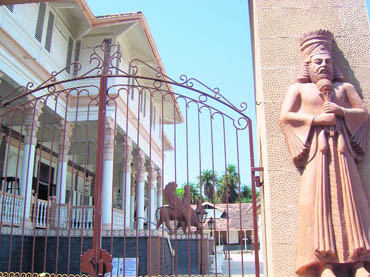 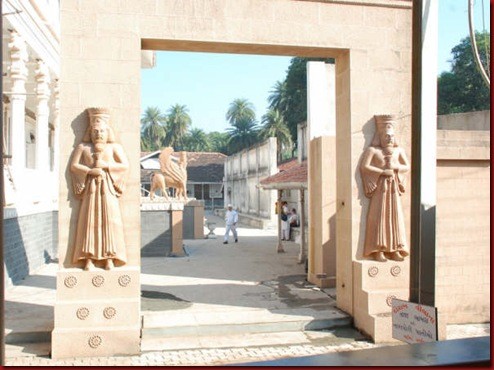 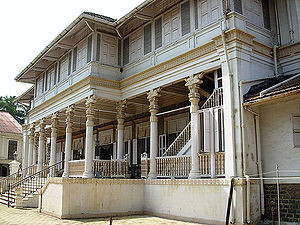 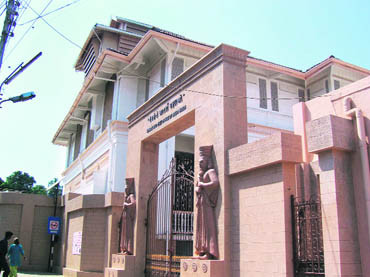 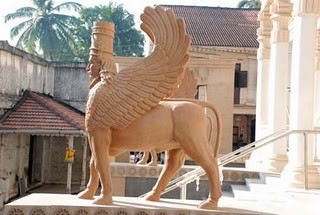 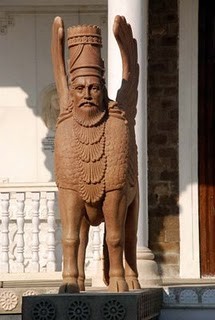 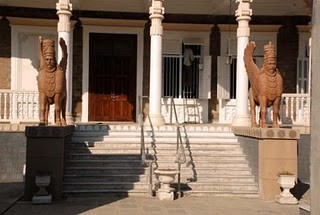 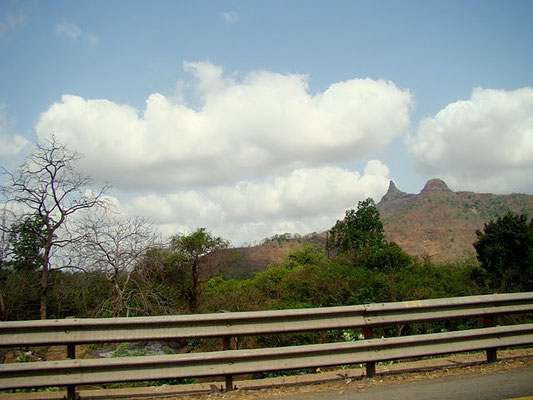 Udvada is a town in Gujarat, renowned for its Zoroastrian Atash Behram. This place of worship is the oldest still-functioning example of its kind, and has established Udvada as a pilgrimage center for Zoroastrians the world over.

Udvada is a coastal town 200 km north of Mumbai, around 8 km off the national highway, NH8. Trains ply from Mumbai to Udvada, including the Gujarat Express, the Ferozepur Janta Express and Saurashtra Express. Udvada means the 'grazing ground of camels', which it was before it became a fishing village.

The importance of Udvada in Parsi (Indian Zoroastrian) history and religion centres around the Atash Behram (from Middle Persian Atash Warharan for "Victorious Fire", the highest grade of ritual fire of the Zoroastrians) housed in the fire temple there.

Following the Muslim conquest of most of Greater Iran in the 7th century, Zoroastrians gradually became a marginalized community, and by about the 10th century, the formerly Zoroastrian-held territories had become largely Islamic. According to Parsi legend preserved in the 17th century Story of Sanjan, one group of Zoroastrians fled from Greater Khorasan to the west coast of India in order to (so the oral tradition) preserve their religious customs and beliefs. Upon landing, the refugees founded the settlement of Sanjan, which lies about 30km south of Udvada.

According to the same legend, on their journey the Zoroastrians had carried ash from a sacred fire (according to a latter-day embellishment of the story, they had carried a fire itself), which a priest is said to have then used for the bed of the Sanjan fire when it was consecrated. A related legend recounts that this fire was consecrated as Atash Bahram fires traditionally are, that is, out of 16 fires, including that of a funeral pyre, a shepherd's hearth, a goldsmith's hearth, a potter's kiln and from a fire caused by lightning.[1]

Some centuries after their arrival (probably in the late 14th century), Sanjan was attacked by troops of the Delhi Sultanate (possibly those of Muhammad bin Tughluq[2]) and the Parsis fled again, into caves in the nearby Barhot hills, 14 km south of Sanjan. The sacred fire went with them. Several years later it was installed in Navsari. In the 18th century, a decision was made to return the flame to Sanjan, but along the way, the priests preferred to remain in Udvada, where the fire temple was consecrated in 1742. [3]

As the name of the fire and of the fire temple in India, the term Iranshah is not attested before the 20th century. Prior to that date, it was simply called the 'Udvada Atash Behram'. The first recorded use of the name in reference to the fire there appears in a 1905 work by Jivanji Modi, who made several allusions to the "Iranshah Fire" within the space of two pages. In 1920, when Shahpurshah Hodivala published his English language translation of the Qissa-i Sanjan, he assumed that this was the original name of the fire even though it was still unknown among the Parsis. Later an explanation evolved "that it had been so called because it was consecrated to be the earthly representative of Yazdegerd III, the last Zoroastrian king of Iran – an explanation which runs counter to what is said in the Qisse about the particular reason for establishing the Fire." [4] Today, this explanation is accepted by almost all devout Parsis, and even the few skeptics among them tend to refer to the fire as the Iranshah.

Ceremonial anniversary celebrations are held at the Atash Behram on the day of its founding. As the actual date is not known, the ceremonies in Udvada are held on the ninth day of the ninth month in the Shahenshahi (imperial) version of the Zoroastrian calendar (which, in 2006, was on 25 April). Pilgrims from all over the world visit the temple on that day. Special ceremonies are also held on the 20th day of each month. In the Zoroastrian calendar, that day is dedicated to the divinity Verethragna (Avestan, Middle Persian Waharam, hence Behram), hypostasis of victory.

According to tradition and later as a result of legal verdict, nine priestly families of Sanjan and their heirs are the sole lawful guardians of the fire and its temple. They alone have the right to enjoy its income. The position of high priest passes in turn from the head of one family to the head of another.[5]

Udvada is also the religious centre of the Ilm-e-Kshnoom, a very small Zoroastrian sect based on a mystic and esoteric interpretation of religious texts.

Founded in the early 20th century, this sect found a following among the prominent Unvala family of Udvada (after whom adherents of the Ilm-e-Kshnoom are also called the 'Unvala sect'), who then attempted to establish new standards of worship at the Atash Behram. The Unvalas eventually took the caretakers of the Atash Behram to court (which led to the nine families also gaining a legal footing), and when in 1936 two priests of the Atash Behram died, the Unvalas refused to accept their nominated successors. Maneckji Nusserwanji Dhalla, a highly respected theologian of the time, was called upon to intervene, and the issue was settled after over 25 years of discord. Dhalla had barely returned to his home town when the Ilm-e-Kshnoom sought to establish their priest as another 'high' priest.

The town, and its ambience, is under threat from the advancing sea (and consequent salinity) and commercialization. The Mumbai based Save Udvada Committee, supported by the Indian and Gujarat state governments, is engaged in combating sea-driven erosion.[6] There have also been attempts to get Udvada declared a World Heritage Site, to protect the ancient residences and the fire temple. The typical Parsi homes here with their high ceilings, sloped roofs with ornamental skirting, and double otlas (porches) are over a century old, and considered worth preserving.