This webpage deals only with the 6 day period in which Meher Baba and his close ones ( Mandali ) stayed in England, primarily in London in mid-1952.

This visit occurred on the Eastward bound route back to India after visiting the USA.

That visit had started as indicated on the 'Synopsis' below on the 18th April 1952. During His stay on the East Coast at Myrtle Beach, the plan was to drive to the West Coast and visit the new properties dedicated to Him.

Midway through this journey Meher Baba's car was involved in a serious car accident at Prague, Oklahoma, in which Baba suffered a broken limb and other extensive injuries. Other occupants in His car also suffered various injuries.

After a period of hospitalization He was transported by ambulance back to Myrtle Beach where He and the others injured mostly healed their wounds over the following months. In mid-July Meher Baba and His close ones moved to New York City to seek further medical treatment.

On the 30th July, Baba and the women Mandali flew out of Idlewild Airport bound for London via refueling stops at Gander, Newfoundland and Shannon, Ireland. Baba continued his medical treatment, but this also included visits to various locations both outdoor and indoor.

Following this brief visit to England, Meher Baba and His followers travelled to Switzerland, eventually arriving in India on the 23 August 1952.

There are another 5 web pages which highlight this trip to the West. These can be found on the left-of-screen in the 1952 part of the index.

Meher Baba and his entourage of male & female close followers ( mandali ) started their Western tour when they flew out of Bombay Airport on 18th April 1952 flying with TWA.

Following his treatment at the local hospital, he was transported along with the group back to Myrtle Beach to recover and seek expert treatment from nearby medical institutions. During this period he and the female mandali stay at Elizabeth Paterson's home - Youpon Dunes in Myrtle Beach, staying for 5 weeks.

Baba and his women mandali and a couple of others flew from New York's Idlewild Airport on the 30th July via Gander, Canada, Shannon, Ireland to London, England, arriving the 31st.

They strayed a week, before flying onto Zurich, Switzerland on the 6th August.

This visit to England will be examined on this webpage, before they continued their journey to Switzerland and India. 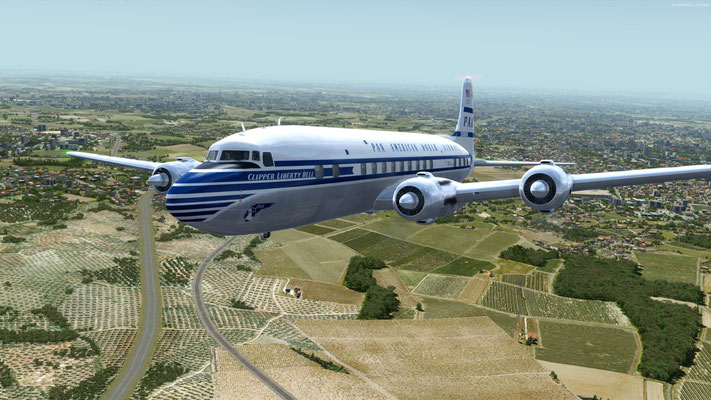 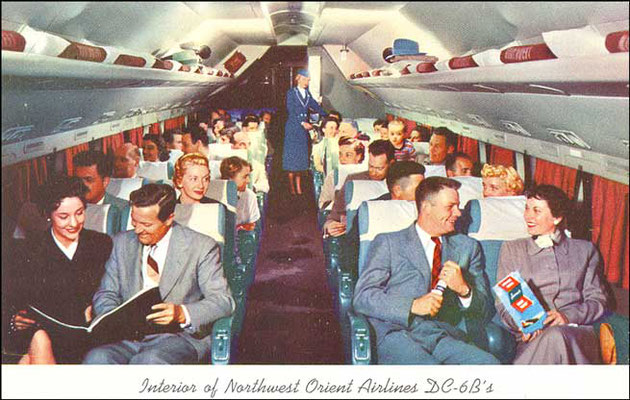 THE 1952 PAN AM FLIGHT BROCHURE 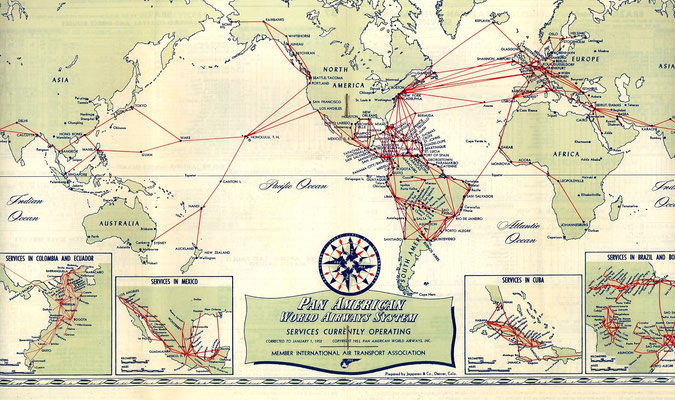 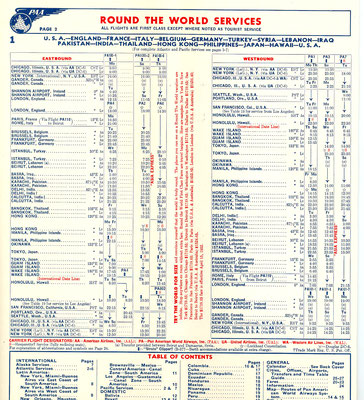 The aeroplane flying them was a Pan Am Douglas DC-6B 'Clipper Liberty Bell' - Flight 50 and for this specific route it was known as the 'all-tourist class Rainbow' service.

Meher Baba's sister Mani, referred to it as the touristy plane in her book.

Pan Am had only introduced a cut fare service of almost half of the previous fares, only a couple of months earlier.

The following images is the sequence of Meher Baba's plane departing, refueling and stoppage at London. 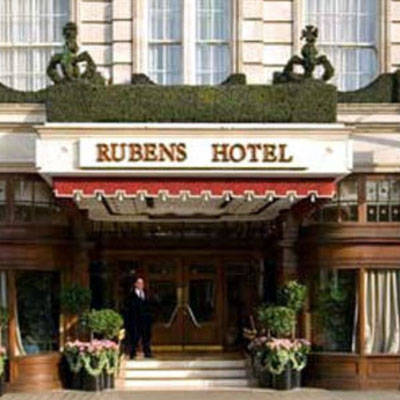 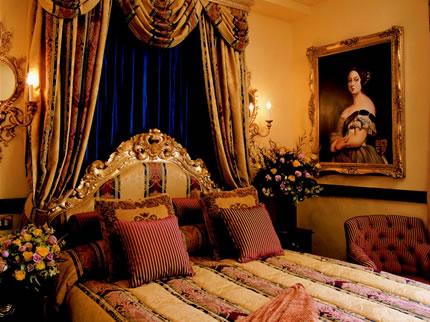 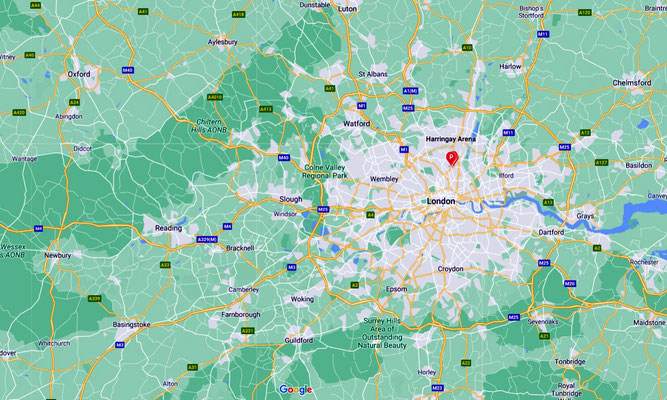 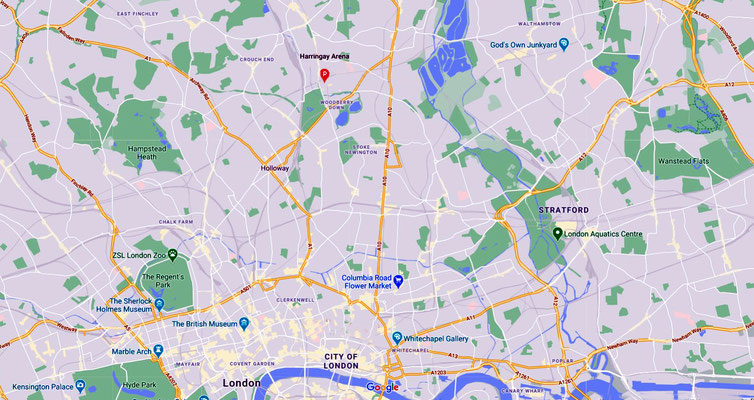 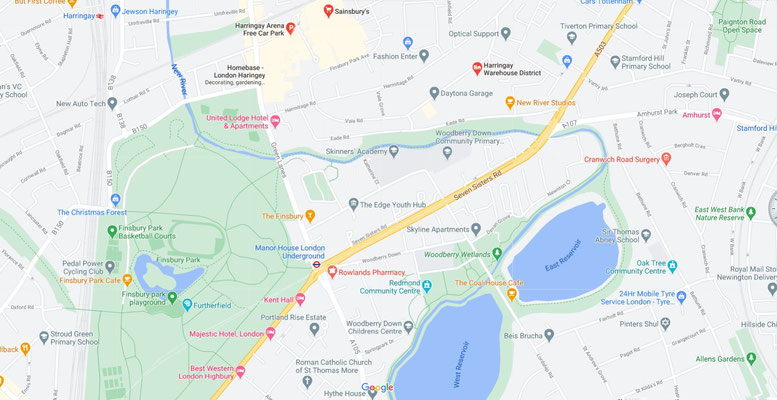 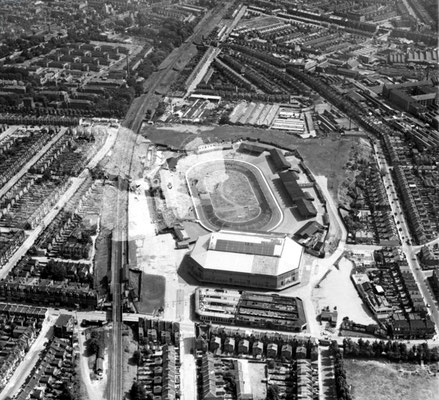 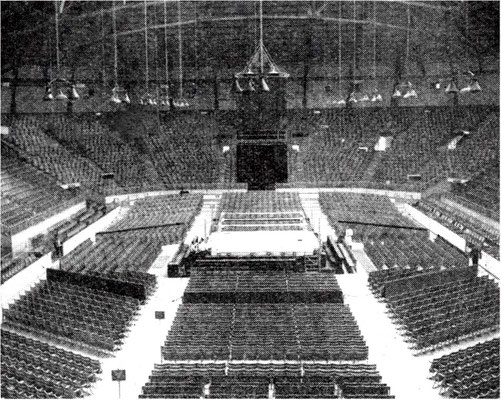 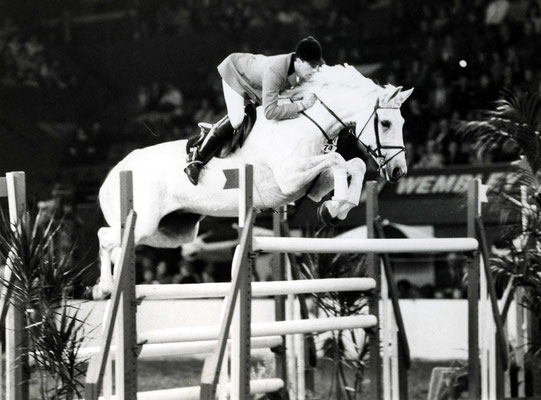 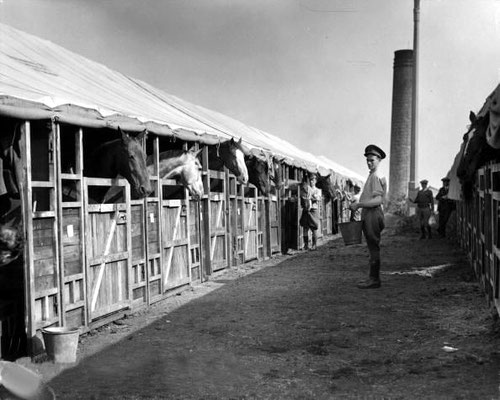 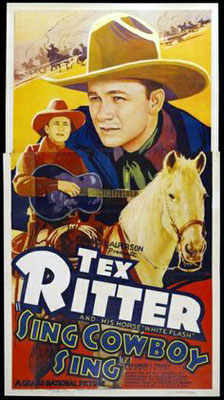 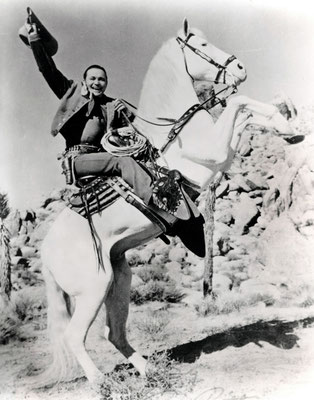 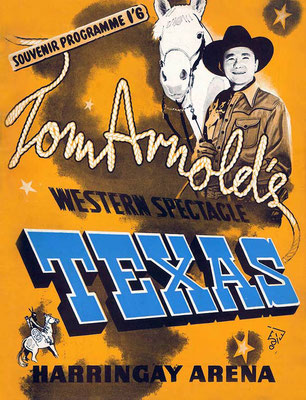 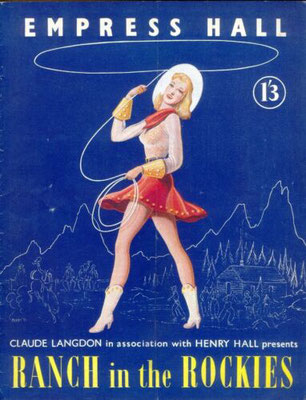 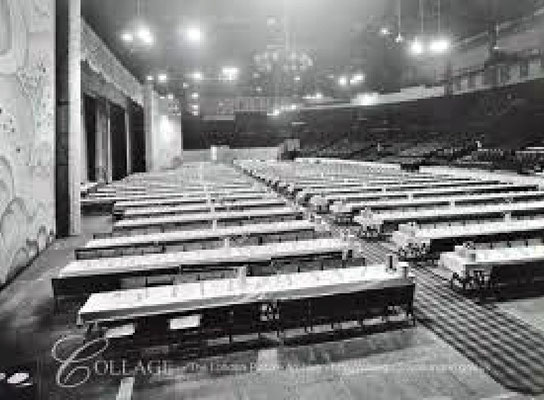 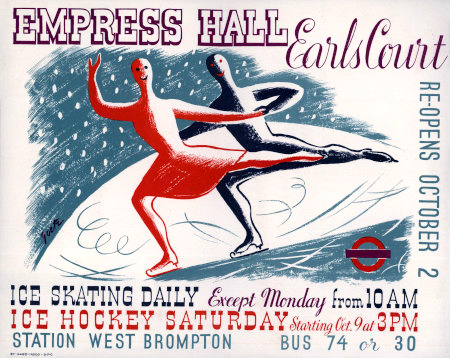 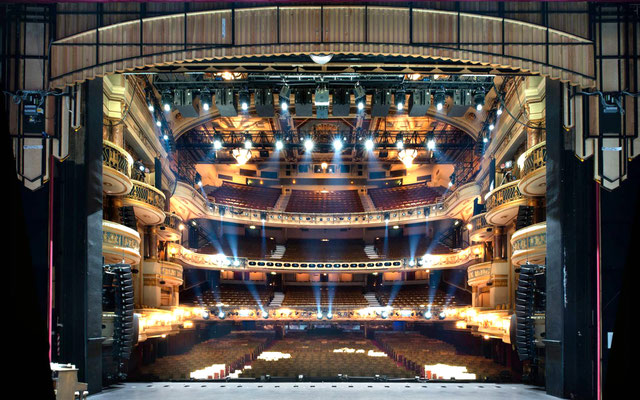 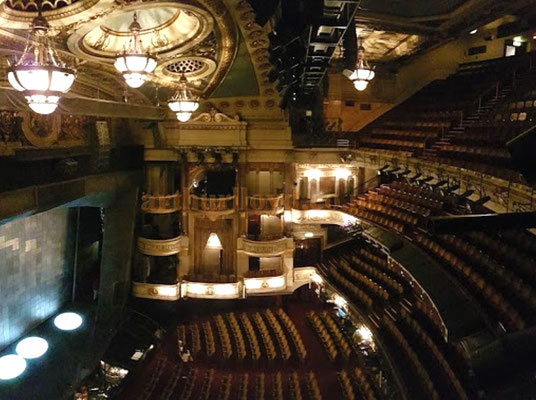 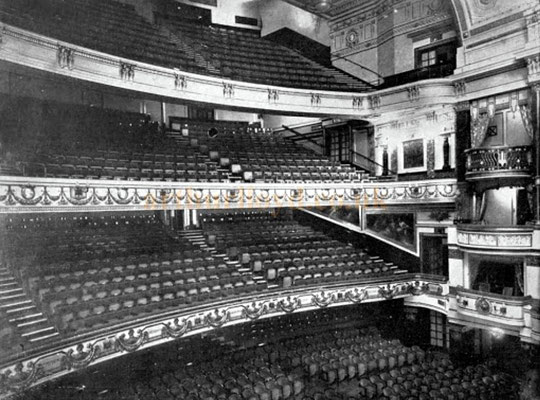 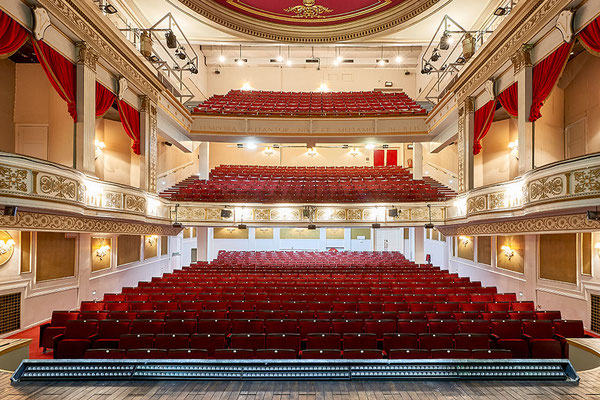 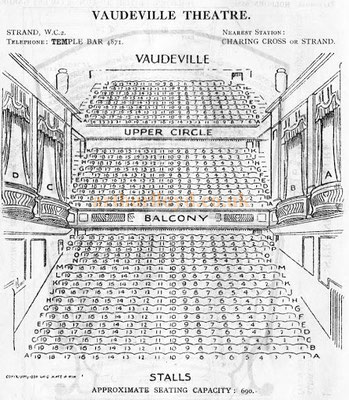 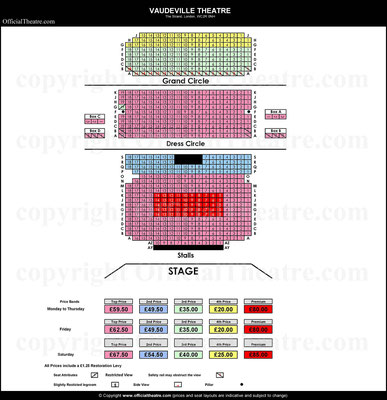 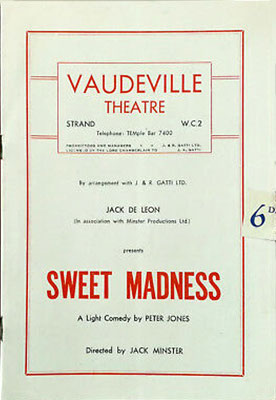 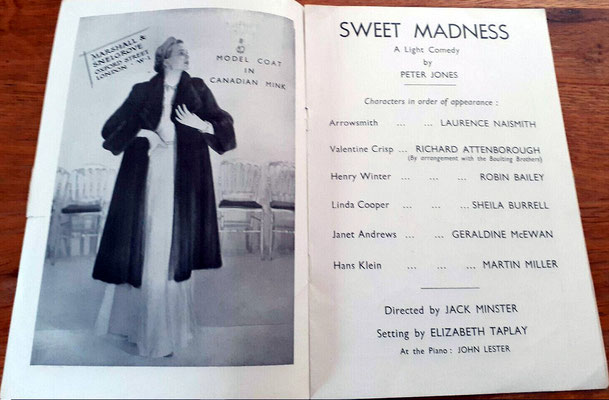 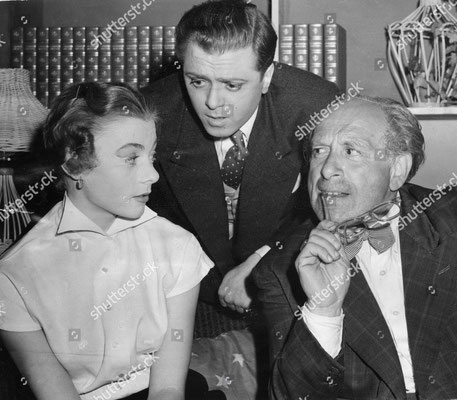 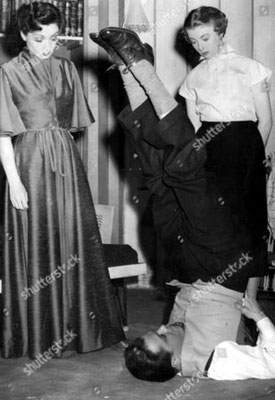