Baluchistan is now a part of Pakistan. When Babajan was born it was a part of British-ruled India. Its principal city is Quetta which Meher Baba visited several times during the 1920s. Peshawar and Rawalpindi are cities now in Pakistan, When Babajan lived there they were cities of Northern India. 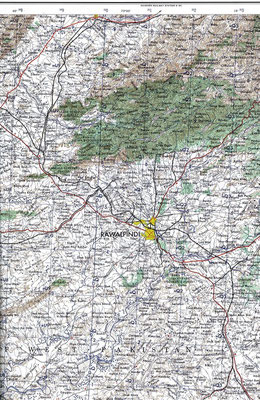 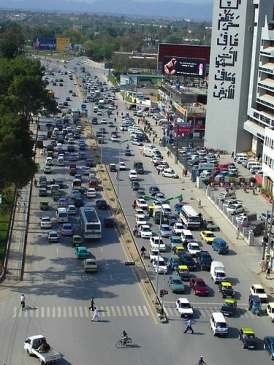 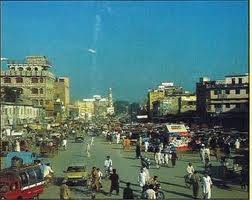 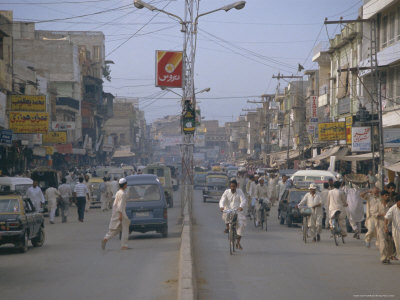 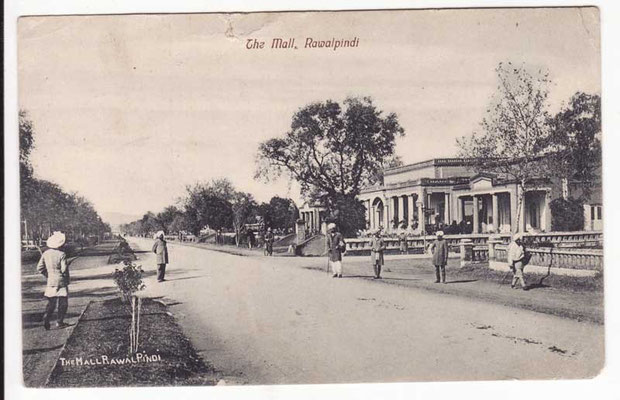 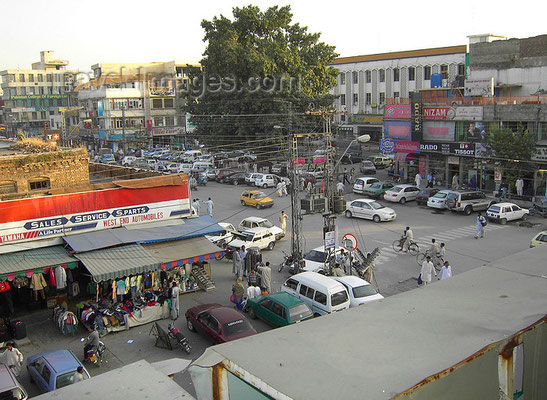 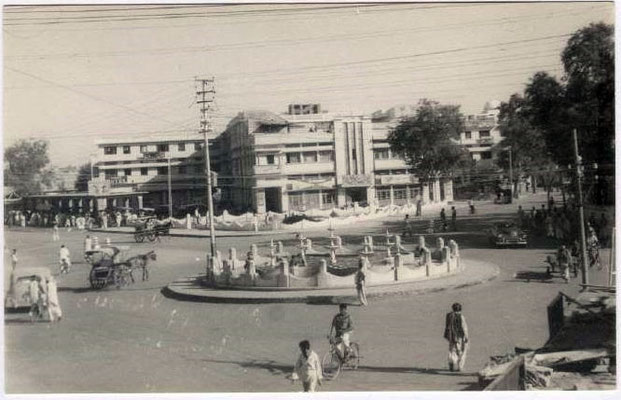 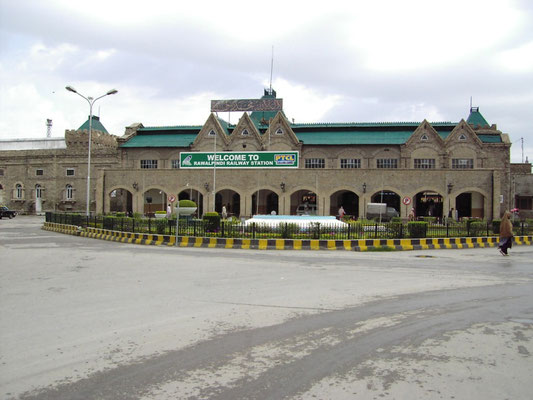 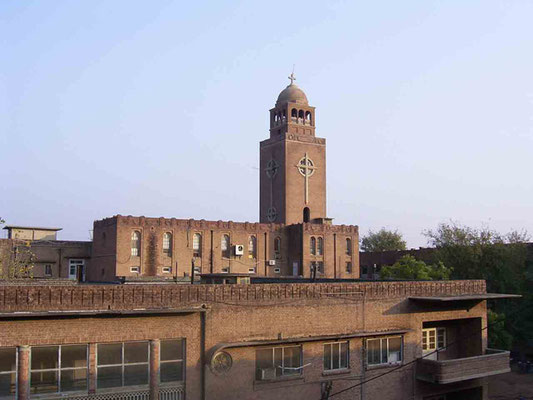 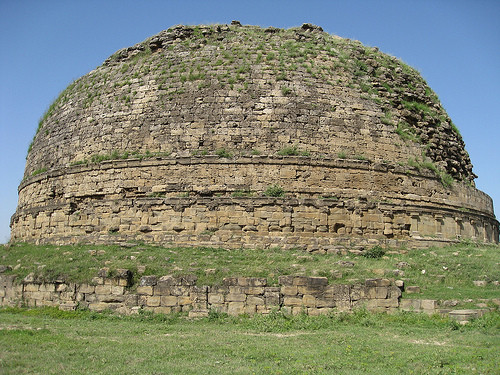 From India, in her God-Realized state, Gool Rukh now in her late thirties, journeyed back to the northern regions, drawn again to Rawalpindi to her previous Hindu Master. The Hindus called her a "Brahmi-bhoot"

– she was aware of being God but was unconscious of herself and the external world. The goal had been achieved but the master's consciousness to lead others to the goal was not perfected in her. In her perfect bliss, she alone existed. Gool Rukh had become perfect, One with God, but had no consciousness of the illusory existence of Prakruti in Infinite Existence. The female majzoob was God-Conscious but felt no sanskaric consciousness with the cosmic illusion. In this state of majzoobiyat, there is no existence of duality or manyness; the divine "I" or "Ego" alone is. Gool Rukh had become a perfect majzoob of the seventh plane – God unto herself. She had no awareness that the whole creation was hidden like a shadow in the light of her Godhood.

After several years, with the help of her Hindu Master, Gool Rukh regained consciousness of the universe, of duality, and was transformed into a Perfect Master. Along with her divine consciousness of the Unlimited Ocean of Reality, she began seeing every drop as a drop and was empowered to turn each into the Ocean Itself.

UPON BECOMING ONE of the five Perfect Masters on earth, she left Rawalpindi and embarked on several long journeys through the Middle Eastern countries– Syria, Lebanon, Iraq and others. It is said that she traveled to Mecca disguised as a man, by way of Afghanistan, Iran, Turkey and doubling back into Arabia. At the Kaaba in Mecca, she offered the customary Mohammedan prayers five times a day, always sitting at one selected spot. While in Mecca, she would often gather food for the poor, and personally nursed pilgrims who had fallen ill. She also spent long hours gathering fodder for abandoned cattle.

During this period, while in Rawalpindi she was in a glorious spiritually intoxicated state of ecstasy and declared in the presence of a group of Mohammedans that she had divine authority. "It is I who created the universe! I am the creator of everything!" Such wild declarations caused a group of Baluchi soldiers to become furious fanatics. The soldiers had no idea that she whom they considered insane was actually conscious of being God. They attacked her and held her by force while some dug a pit. Then they buried her alive.

These soldiers were extremely proud of themselves, for they considered her utterances blasphemy against holy Islam. By killing this madwoman they believed they would be spiritually rewarded; they had safeguarded Islam's sacred truth. Having saved their Mohammedan religion from her blasphemy, these fanatics left her grave, reveling in their wicked deed. The soldiers had carved a special niche for themselves in Paradise by killing this kafir – infidel or heretic. In spite of being left to die in a nameless grave, Gool Rukh did not die. It is not known how she survived this ordeal, but around 1900 she managed to return safely to Bombay, over a thousand miles south, where she lived on the sidewalk of a street called Chuna Bhatti near Sion, Bombay.

When these same soldiers saw Babajan alive in Poona years later, however, their pride and ill-formed conceptions were completely shattered. Then they understood that it was not Babajan who was the unbeliever, but they themselves. They were overcome with repentance for their horrible deed and fell at her feet seeking forgiveness. Some of these same soldiers became her devotees and served as bodyguards. Gradually, Gool Rukh's fame spread and many believed her to be a Qutub. The Mohammedans began referring to her as Hazrat, meaning Your Highness, and began worshiping her as a person who was One with God – Babajan.

On July 27th 1929, they left Lahore for Rawalpindi, which they reached at nine o'clock. They spent the night camped underneath a tree. This was quite the opposite of the experience they had had the day before when they had rested in a high-class hotel. They had eaten two meals in the dining room and were served by waiters dressed in white jackets; but this night they were sleeping on the ground in the open. Keeping aloof, Baba slept in the bus alone.

Leaving Rawalpindi on July 28th, they arrived at the Kohala dak bungalow in the evening. It was a continuous ascent to Kohala through the foothills of the Himalayas, so driving was slow and difficult. The bus had gotten stuck and had to be pushed several times. By the time they arrived, the men were exhausted.

They left Agra by train for Rawalpindi at 5 P.M. on April 14th, arriving the next day. After settling in, Baba commented about the place, "In Rawalpindi there is a man, a wonderful saint, who is one of my chief agents in India. He gives orders to many, many souls on the lower planes. Rawalpindi is an important junction in India, for here all travelers must stop to go north to Kashmir."

Vishnu, Adi Jr. and Pendu met them in Rawalpindi at 3 P.M. on April 15th, and they all continued their journey in three cars with Norina and Elizabeth riding with Baba. From there on, Baba traveled incognito, wearing dark glasses and covering his hair with a beret whenever they stopped.

The group left Srinagar by car on the morning of April 24th, passing through Muree and arriving in Rawalpindi at eleven that night. At 2 P.M. the next day, they set out for Bombay by train. It was a two-day ride. Baba had instructed the westerners to proceed straight to the docks upon reaching Bombay. So when the train reached Delhi on April 26th, Chanji and Adi Jr. went to ask the railway officials to attach the first class coach to a train going to the Bombay harbor. Despite agreeing to this, the British official made a mistake and began abusing Chanji instead of admitting it. This angered Adi, who began reproaching the man for his attitude and told him to ask for Chanji's forgiveness. The man said he would, but he did not because of the presence of others.

Baba again left on a mast trip on Saturday, April 25th, travelling to Rawalpindi, Sialkot, Lahore, Hardwar and Rishikesh before returning to Dehra Dun on May 6th. Baba chose a spot near Laxman Zula where he retired in seclusion alone, indicating that this was the second of his seven spots.

﻿On July 23rd, in Rawalpindi, Baba contacted a very old mastani called Unti Mai. The old woman, who sat in a ruin on a pile of bricks, naked except for a dirty sack covering her body, seldom let anyone approach her, but when she saw Baba she called to him to come near. Baba climbed up the pile of bricks and sat with her. Hidden under the sack cloth was a piece of stale, mouldy bread which she offered to Baba, who ate it in front of her.

Also in Rawalpindi, Baba contacted a quiet old mast called Mastan Shah, who mostly sat across from a movie theater.

Leaving the women in Srinagar, Baba was back in Lahore by August 28th, where he, Kaka and Baidul met Chanji. Chanji had been sent to Rawalpindi to make arrangements for Baba's stay there. On September 2nd, Baba left Lahore for Rawalpindi, and returned to Srinagar the next morning.


Baba left Srinagar on September 9th, with the women, Baidul and Chanji, and arrived in Rawalpindi at 7 P.M. He did not stay, however, and after tea, took the night train with Baidul to Lahore, where they arrived the following morning at 8:30 A.M.

On September 11th, Baba and Baidul left to buy a good pair of hiking shoes for their upcoming walking journey to Jasgiran. Kaka Baria had also returned from Srinagar. Baba then left with Baidul and Kaka on the midnight passenger train, which was two hours late, for Haripur, via Taxila. Chanji remained behind in Lahore to look after the luggage.

Baba expressed that he was not happy with this manner of contact and so wished to be alone with the saint. Disappointed, Baba led the men on the trek back to Haripur and from there returned to Rawalpindi, arriving on September 13th.

Chanji met them in Rawalpindi the following night. They were up by 3 A.M. on September 15th, and left for Gujranwala where Baba contacted three masts. Mastan Rehmatullah was a very filthy mast whose abode was a garage, and Nanga Shah (naked king), was a good mast who lived in a hut near the train station.

Most significant was Sheikh Malang Baba, a very high mast in Rawalpindi, who lived in the Muslim shrine of Kudde Shah. Sheikh Malang was a mild-mannered jamali old mast who had once been a judge in a lower court before he had been overcome by God. He was a chain smoker of cigarettes, and because of his constant smoking and mild temperament, Baba compared this saintly man to Ali Shah of Ahmednagar.

On Thursday, September 21st, 1944, Baba left Srinagar for Rawalpindi with Baidul and Kaka. Adi Sr. was also with them, but was then sent to Nagpur and Raipur. Baba journeyed on to Peshawar, where he contacted an old mast named Ghafur Rehman. Ghafur was a good mast, in Baba's terms, who sat in front of a hut in a public garden with all manner of rubbish about him.

Kishan Singh from Rawalpindi had first heard of Meher Baba in 1933. He had tried to meet Baba in Dehra Dun in May of 1941, but by the time he got there Baba had left. He began corresponding with Baba through Adi Sr., and longed for his darshan. He had been called to the meeting in May, but as it coincided with some official work he had to attend to, he found it impossible to get leave.